Golf For A Cause 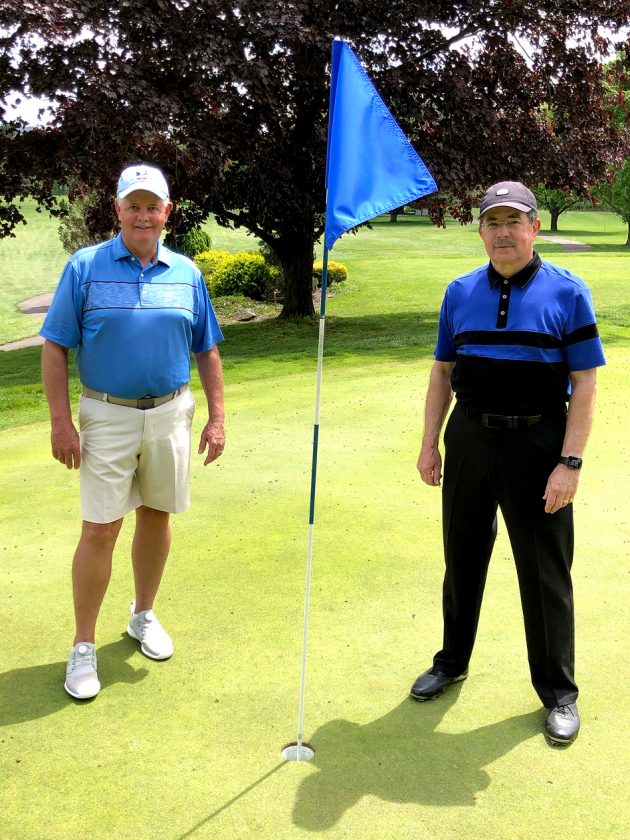 The crowd that had gathered for dinner at Conewango Valley Country Club one evening about 20 years ago didn’t notice the elderly man right away.

Then in his late 80s, he wouldn’t have necessarily stood out among the 250 guests.

At least not at first.

But then the man made his way to the podium to receive recognition for his sponsorship of the annual American Cancer Society Men’s Golf Championship.

The room grew quiet and seemingly 500 eyeballs began to water all at once. Because not only did this man offer his financial resources to this long-standing charitable Warren County event, but he also moved the room to collective tears because it affirmed that all things are possible. 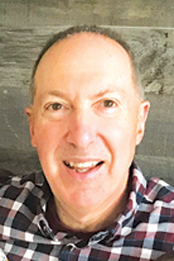 You see, this man, who will go unnamed, had forged a very successful business career despite losing both his arms below the elbow when he was barely out of his teens. More than six decades later and wearing prosthetics, he used some of his financial resources to serve as one of the golf tournament’s supporters.

The American Cancer Society Men’s Golf Championship at CVCC, the ACS’s second-oldest in the country, will celebrate its 43rd anniversary on Wednesday. And, with it approaching nearly $1.5 million raised since 1978, the tournament finds itself in some rarified air.

“In terms of money raised,” said Zawacki, a Warren resident, “I would say of the 43 years, at least 25 of those years we’ve been in the top five per capita in the country, and I’m sure that in many of those years we were No. 1.” 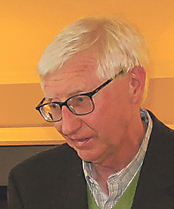 And while the sold-out field is smaller this year due to COVID-19 restrictions, Zawacki is still humbled by the community support. In fact, he said he received a sponsor’s check earlier this week with a note attached that read, in part: “I really feel good about this.”

“That’s what we’re after,” Zawacki said. “That’s how people should feel. … When people do it because they really want to and they feel good about it, that’s the best. It’s one thing to be successful, it’s another thing to be significant. We’re trying to create a feeling of significance. If people feel they want to be part of success, everybody gets that. If they also feel it’s significant, you’ve got them, and you’ve got them for the long haul.”

Zawacki, the former vice chairman at Blair Corp., has been an American Cancer Society volunteer for 46 years, and while golf, obviously, brings this little part of the world together for a day, chasing a little white ball around for 18 holes isn’t the primary motivation.

“We try and downplay it as a golf tournament,” Zawacki said. “It’s a vehicle to bring people together who care and are passionate about the mission of the American Cancer Society,” he said. “They’re willing to donate their money. They don’t go there because they want to win golf prizes. … They go because they want to support the cause.”

Three of those who do just that are among Zawacki’s best friends.

Each one has their own story to tell.

For a number of years, Bob Crowley of Warren, and George Adams and Joe Bellitto of Jamestown, New York, have joined Zawacki to make a foursome for the American Cancer Society Golf Championship.

To be sure, the men enjoy the competitive part of the day, but in the grand scheme of things they are supporting the American Cancer Society’s mission because they have been the beneficiaries of it.

All three are cancer survivors.

Early detection was the key for all three men.

“I feel like I’m really, really fortunate that I caught it early,” said Crowley, now retired after serving as the senior vice president at Blair Corp. “My mom and my dad each had cancer, and my wife has had cancer. It’s a long battle to try and find a cure. We don’t have a cure yet, although there’s been a lot of advances in discovery of and treatment for cancer.”

Adams admits he’s not one to “get on a soap box and preach it,” but he’s adamant about people scheduling a colonoscopy. In fact, both of his children — now in their 30s — were spared a full-blown cancer diagnosis because they had the procedure done in their 20s.

“Don’t wait until you’re 50,” said Adams, who operates “Baby & Me, — Tobacco Free” with his wife, Laurie. “If it’s in your family history, call a doctor and get a colonoscopy ASAP.”

Bellitto, who recently retired after nearly 30 years as Jamestown’s city comptroller, echoed the sentiments of his golfing buddies. After bouts with basal cell cancer and melanoma, followed years later by prostate cancer, he knows first-hand the benefits of early detection.

“Be aware if you think you have a problem,” Bellitto said. “If something doesn’t feel right, get it checked out. … Those things don’t take much to do, but it could save your life.”

As much as the Zawacki-Crowley-Adams-Bellitto foursome is a friendly one, the men are also quite competitive once they stand on the first tee box. Trash talk is not unusual.

“We can zing it back and forth,” Bellitto said.

Usually, each one can put up a good score, too.

In fact, last year in the tournament, Bellitto, an 8 handicap, finished second after firing a 73. Adams, a 5 handicap, said he “may have” won it one year, while Zawacki (a 15 handicap) and Crowley (a 17 handicap) have also had their moments.

“When George is on, he’s tough,” Bellitto said. “He has a nice, little draw down the middle, he’s a good putter and he can go pretty low. Once in a while, I’ll beat him. (Zawacki) is a great tournament player. Oh, my god, I think I’m a grinder, but he’s a super grinder. He can manufacture shots, and takes advantage of all the handicap strokes, especially in tournament play. He’s as tough as they get.”

Toughness can be demonstrated off the course as well, but in a different form, particularly at the program that annually follows the golf. That’s when speakers — entertainer Pat Boone and baseball player Tug McGraw have been among the guests who have filled that role over the years — take center stage.

“It’s a little emotional when the speakers talk,” Bellitto said.

Adams remembers the evening when Zawacki asked anyone in the audience to stand if he was a cancer survivor.

“Two-thirds of the room stood up,” Adams said.

Added Bellitto: “To me, it’s a fun day, but it really makes you think that life is precious.”

MAGNOLIA — Marsha Gastol’s 38 led the gross scores in Class A and Helen Adams fired a 26 to lead the net scores ...

CHAUTAUQUA LAKE Walleye are quickly overtaking other species as the species of choice on Chautauqua this season. ...

Fall Seasons Are Knocking On The Door

Aug. 10 marks the unofficial start of the hunting season in our part of the world and sportsmen may purchase season ...

Zed Williams continued his hot start for the Whipsnakes in the Premier Lacrosse League on Friday evening. The ...

Bonnies Begin To Return To Campus

ST. BONAVENTURE — Over the past two weeks, St. Bonaventure University re-opened athletic facilities to members of ...