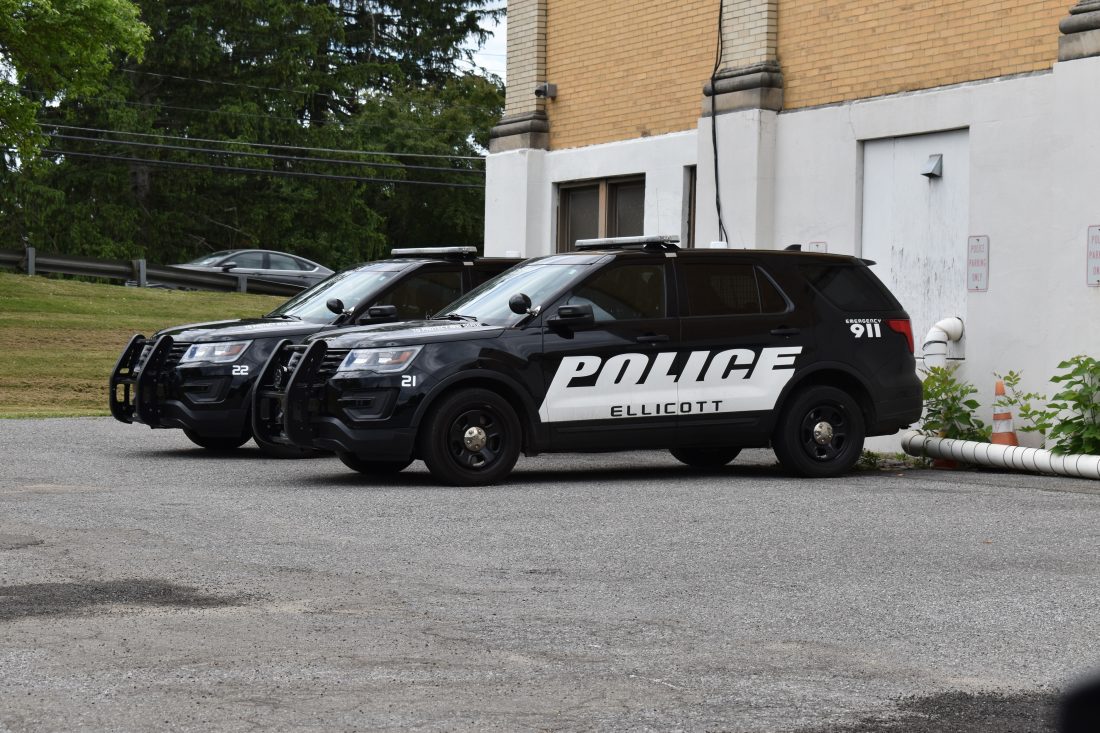 A recent executive order signed by Gov. Cuomo that mandates changes to police training is drawing questions and concerns from local department heads.

The order would force local departments to implement new standards and programs, and threatens to withhold state funding if law enforcement agencies do not comply by April 1, 2021.

“We can always look at use of force policies, we can always see how we can improve on policies, improve on training,” Ellicott Police Chief William Ohnmeiss Jr. said. “But to come at this level in the form of a law, I totally disagree with the governor. I think he is wrong, misusing his power, withholding monies from local municipalities. It’s not the way to go about this. I think it definitely needs to be looked at, for sure, and improved upon. We are always about that, more training, more training–more training is a wonderful thing. Unfortunately the money is not always there.”

Ohnmeiss explained that it can be challenging for police officers from smaller departments to attend specialized training programs, which are few and far between in Western New York but easier to come by in metropolitan areas.

“There’s no training around here, so how do you send people? The cost of travel–it is a frustrating thing,” Ohnmeiss said. “When the governor does stuff like that, these mandates, why doesn’t he make monies available and/or give more training to Western New York? That has been a frustrating thing for a long time.”

There is a consensus among local police chiefs that increased training for officers is beneficial, but to require those changes via an executive order during a time of unprecedented funding cuts is difficult.

“I don’t know what more the governor thinks we should do at this point,” Lakewood-Busti Chief John Bentley said. “More training? Sure, it is always good. If I can afford to send guys to training I always do. I’m a great proponent of education and training.”

“We go through a rigorous program just to get people into the basic police academy. Background checks are huge, they go through the 24 weeks of training, and it is very intensive training. The training to get through the academy here at Jamestown Community College is far more than most places get in any other state, even in New York state.”

State funding for specific programs can reach local departments through grants, and distribution by the Chautauqua County Sheriff’s Office.

“The state aid that we get from the state of New York primarily comes through traffic safety grants, and we do participate with those,” Bentley said.

Carroll Police Chief Bill Nelson is familiar with traffic safety grants from his time at the Sheriff’s Office, but acknowledged that state funding is often more significant for larger, full-time departments.

“A lot of that is for full-time agencies to increase enforcement, but they are intended that you don’t use existing people,” Nelson said. “You bring people in on overtime to do that enforcement. Being that we are all part-time here we don’t have those types of grants.”

Nelson mentioned that departments can also receive outside funding for programs such as DWI enforcement campaigns.

“I know the gist of (the order) and we’ll look at it and certainly comply with it. Do what we can,” Nelson said.

One possible side effect of nationwide animus against law enforcement is that recruitment could be negatively impacted.

“Retention, especially in the big cities, is going to be tough, I think,” Nelson said. “I have to believe, in these big cities and other states too right now where things are in such turmoil, that any candidate is going to think twice before they go into the field.”