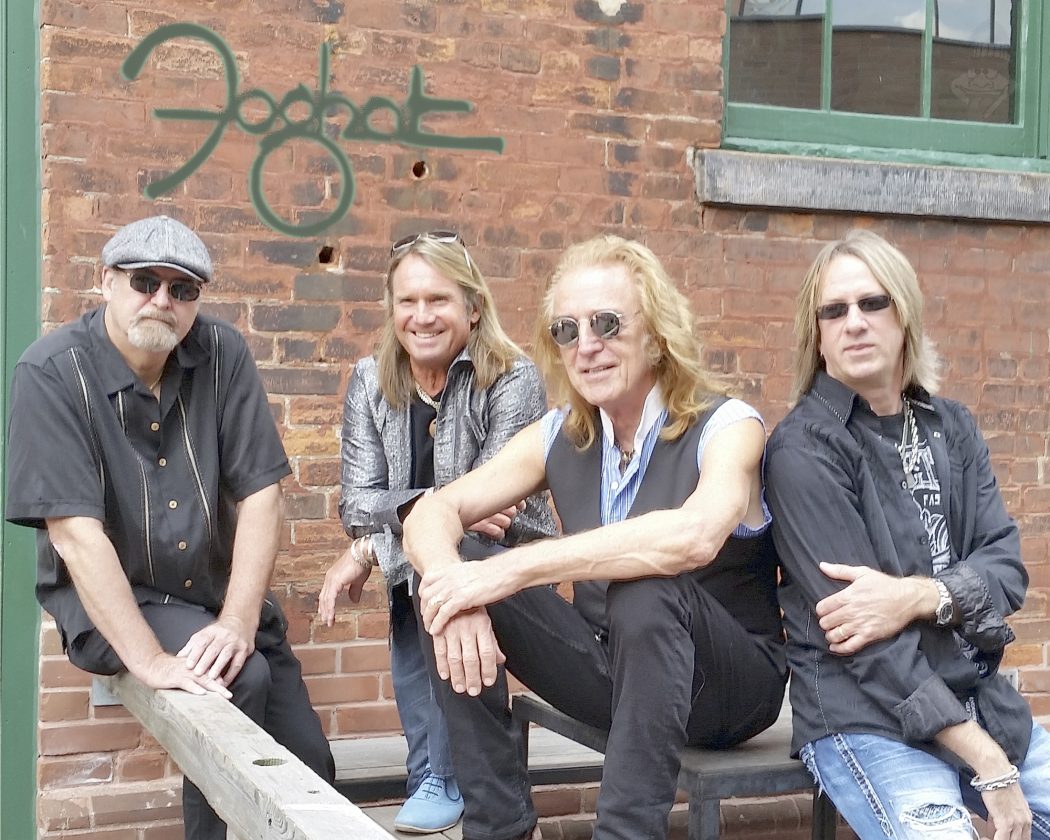 “I still get chills before going out on stage.”

“I love my work,” the drummer and co-founder of Foghat admitted.

Formed in 1971 when “Lonesome” Dave Peverett and Earl left the British blues-rock band, Savoy Brown, Foghat has earned eight gold records, one platinum record and one double-platinum record. And the band continues to release new music every few years. The band has not stopped touring and recording although there have been several ups and downs and changes over the years, according to foghat.com. The band’s hits include “Slow Ride,” “Fool For The City,” “I Just Want to Make Love to You,” and “Third Time Lucky (First Time I Was a Fool).”

“I think we got it right in the first place with the songwriting over the years. They (the songs) are still popular today,” Earl said.

The drummer added that good songwriting is key to the band’s longevity.

“It’s basically blues rock ‘n’ roll. We take our playing seriously. We’ve always had great players in the band. I’ve been fortunate that I’ve played with great musicians. It (playing with great musicians) helps you raise your game. Most of them (younger people) discover us through their older siblings or even parents. I’m very glad it’s still working because it’s a little too late for me to change horses in the middle of this stream,” Earl said.

“We still make records every two or three years,” Earl said. “We love playing. I love playing the songs. We change the set around. Every year we add four or five songs we haven’t played in a while to it (the set). We still manage to be enthusiastic about playing.”

Foghat got its name from Peverett. According to Earl, when the band was just beginning in the early 70s, band members were driving to London to look at album cover artwork. “It was a picture taken outside the studio where we recorded the album. Dave the singer said ‘What are we going to call ourselves?’ We had a number of names that we talked about, but nothing came to be,” Earl said.

The drummer noted that Peverett came up with the name while playing Scrabble with his younger brother. “It seemed like a good idea. You have to be called something and you can’t be called no name. It (Foghat) seems to stand the test of time,” Earl said.

The drummer said the band has a studio in DeLand, Fla., and around the beginning of each year the band goes there to write, rehearse and record. For making music, Earl said musicians need to have a brilliant technician and engineer. For Foghat, it happens to be Bassett. “He’s our engineer and producer, and he put the studio together.”

Earl said he was fortunate growing up because he knew what he wanted to play music for a living. Although he also held down a job as a commercial artist, music was where his heart was. “The reason you play music is because you have a passion, you have a love for music,” Earl said. “I was fortunate, but it was the only thing I really wanted to do. I was a commercial artist, and that paid for my cymbals and drums when I first started playing. I left school when I was 15. I joined a commercial art firm in London and that’s what I did until I was 21. I did a lot of freelance work. It allowed me to supply my habit with drums and cymbals.”