Drummer: There Is A Physical Side To Playing Instrument 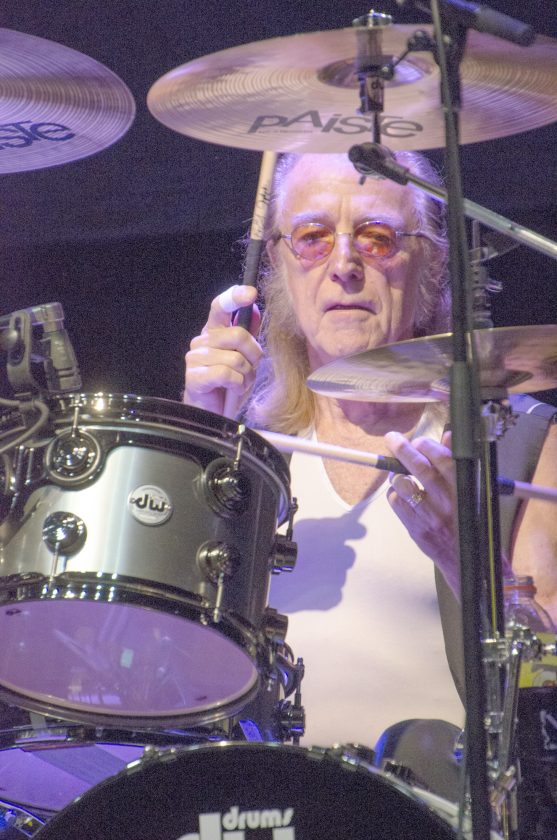 “There is a physical side to it. I stay in shape,” the co-founder of the band Foghat said.

“I walk. I stretch. I exercise. I workout with light weights and (exercise) bands. Every day I practice one to two hours on practice pads. You have to be pretty fit. You have to work up to being able to play for a long time,” the 73-year-old drummer added.

Earl grew up in Southwest London and his father played piano.

“We always had a record player. We always had the radio on. My father was a big influence. He was always supportive. I remember when I was 12, I wanted to learn how to play drums. My father found me a drum teacher which I should be grateful for,” Earl noted.

The drummer said he took lessons for about three and during that time he used to work after school about three days a week. He saved up money and bought a drum kit when he was 15. “We lived in a rather small, semi-detached house, in southwest London, so playing a drum kit in what was used in our living and dining room didn’t work. I think I spent one day in there and my mother mother said, ‘This will never do.’ I was moved outside to one of dad’s woodworking sheds,” he said.

Earl uses white marine pearl DW Drums with black hardware, Paiste Cymbals, and Pro-Mark “Roger Earl” drum sticks. He had been endorsed by Ludwig Drums from the mid 1970s until about 2000 when Earl decided to switch companies. And when touring, he only uses DW Drums.

“If they don’t have DW Drums, I don’t play, so they always have them for me. I use my own drums any time I can, but we fly to most of our gigs, so it eliminates me carrying drums. I carry a snare drum, pedals, and cymbals. They (a backline stage equipment company for a tour promoter) supply a drum kit to my specs. The backline companies these days are pretty fantastic. It’s a rare day when we get equipment that doesn’t function well,” he said.

Earl admits that there were times that he may have had “too much fun.”

“Musicians are notoriously selfish,” he said. “They want to play. That can sometimes lead to a pretty stressful relationship.”

Earl has learned from his experiences. Now, with daughters of 27, 32 and 45 and a granddaughter, 19, Earl now can look back at his wild times through a different lens. “The one thing I don’t regret in my life is having children. They’re the absolute joy and pleasure of my life. They’re the best. We’re very close,” he said.