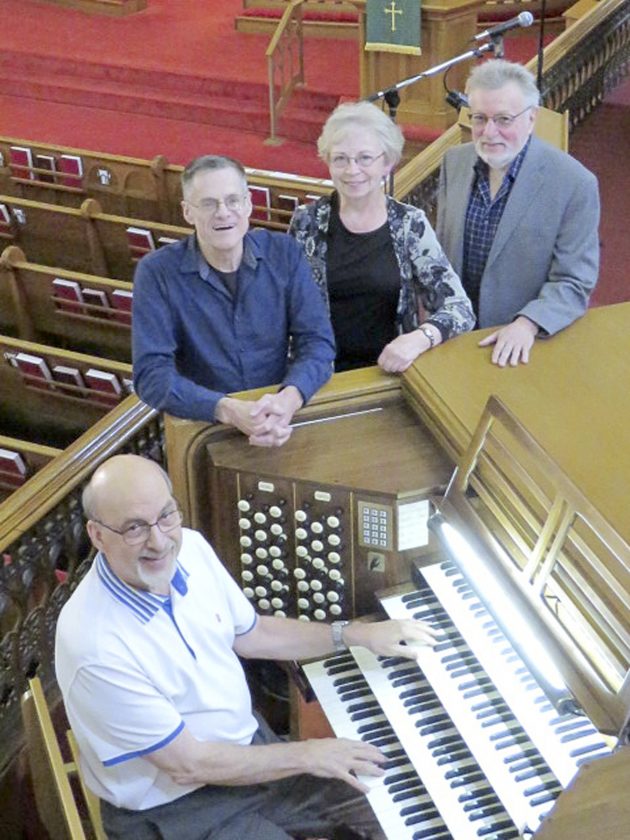 They raise their voices in praise.

And Sunday they will raise their voices again.

Featuring nine area church choirs, the 10th biannual Ecumenical Choir Festival will be held at 4 p.m. at the First Lutheran Church, 120 Chandler St. The festival is sponsored by the Chautauqua Chapter of the American Guild of Organists.

According to Brian Bogey, festival chairman, the festival began in 1974 when it became a part of the Jamestown Area Ministerial Association’s celebration of “The Week of Prayer for Christian Unity” observed on the last Sunday of January.

“There would actually be a whole week of events and prayer services leading up to the Ecumenical Choir Festival. The Choir Festival was a musical effort to get more churches involved in this community event cosponsored by JAMA and the AGO,” Bogey said.

The chairman added that the Chautauqua Chapter of the American Guild of Organists decided to no longer hold the choir festival in January as it often had bad weather that made it difficult for choirs to participate. “In 1981 we held the festival on May 3 at First Lutheran. The very next year onward, we always held the festivals in either October or November until the mid 1980s as there was a wane in interest and so the Ecumenical Choir Festivals ceased.”

The Chautauqua AGO reorganized the event in 2006 when it went together again with the Jamestown Area Ministerial Association in January to coincide with “The Week of Christian Unity” observance, Bogey said.

Bogey noted that there has always been a free-will offering at the festival and the proceeds have gone to either the Joint Neighborhood Project or St. Susan’s Center. “We usually get between $1,000 and $1,300 to benefit these charities,” he added.

Bogey said there a variety of large and small choirs with some with only five voices and some as large as 35 voices. The choral anthems vary from church classical, to contemporary, country western-style, jazz arrangements, youth choirs, bell choirs, and folk music-style choirs. He said most choral anthems are accompanied by piano, organ and/or other solo instrumental soloists. There are some anthems that are sung in the A Cappella style, without accompaniment. A contemporary choir ranges from eight to 25 voices.

“The festival is not a competition and thus no awards are given out. The purpose of the Ecumenical Choir Festival is to join together as one united family of God, singing praises in gratitude for our common fellowship in Christ. Hopefully with our free-will offering, we can benefit those who are less fortunate,” Bogey said.

The combined choirs will sing “Largo” (from “Xerxes”) by George Frederick Handel, in loving memory of Jared Jacobsen, long-time organist and choir director at Chautauqua Institution who recently was killed in an automobile accident. This special choral tribute will be conducted by Charles Johnson, Organist-Choir Director at Zion Covenant Church. The combined choirs will also join in singing the “Hallelujah Chorus” from Handel’s “Messiah”, for the finale, conducted by David Horne, Minister of Music at First Presbyterian Church.

Bogey added, “The audience can expect an evening of a variety of musical styles performed by our wonderful church choirs who ‘sing unto the Lord with a joyful sound.’ There are also a couple of hymns that the congregation sings along with the choirs that are thrilling to hear and perform.”

The festival concludes with a reception in the church parlors. “It is a great afternoon of music, food, and fellowship,” he said.