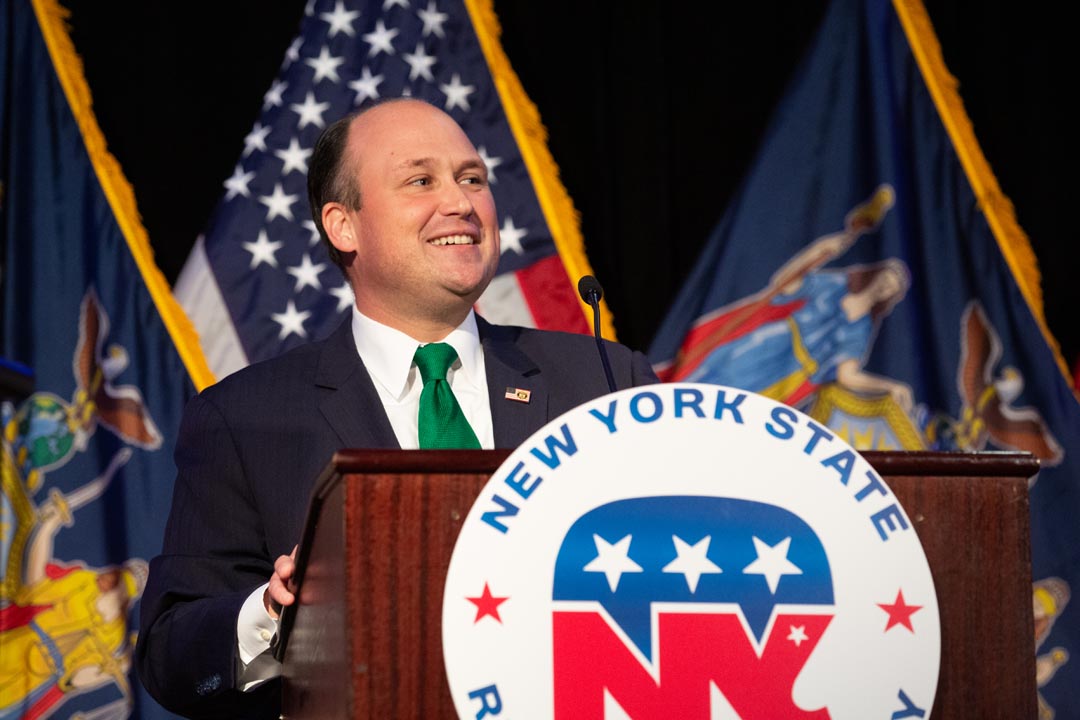 Finding himself in leadership positions isn’t anything new for Nicholas Langworthy.

The Chautauqua County native and 1999 graduate of Pine Valley Central Schools has been leading the charge for the Republican Party since he was in college at Niagara University. While at Niagara, Langworthy established the university’s branch of the College Republicans. He graduated from Niagara with a bachelor’s degree in political science and served as chairman of the New York College Republicans.

“I got involved in politics at a very early age. Even though I’m only 38, I’ve been involved for 20 years,” Langworthy told The Post-Journal. “I’ve always found myself in leadership positions. I found myself as Erie County chairman at 29 and now find myself as the youngest person in this post (New York Republican Committee chairman). I’ve done a lot at a pretty early age. I don’t think much about the youth. We need to inject more vitality into the party by getting younger people involved to grow the Republican Party across the state. It’s a dark blue state that we have to turn around.”

Langworthy knows he has a challenge as leader of the GOP to rebuild it from one end of the state to the other. He said this fall the focus was on local elections, which included assisting state Sen. George Borrello, R-Sunset Bay, win his special election in the 57th State Senate District. 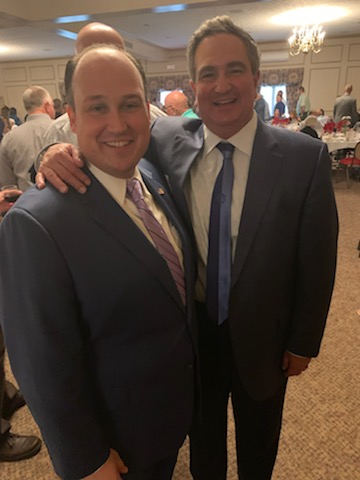 While campaigning, Borrello often discussed how he will fight the “extreme liberal agenda” in Albany, a fight Langworthy is behind.

“George is onto something. The situation is the Democrats control every facet of government in Albany. Cuomo’s party has gone to the extreme left,” Langworthy said. “We have things happening that will change people’s life, like cashless bail and criminal justice reform. This will deteriorate our way of life in Upstate New York, but these types of things will lead to a correction. The GOP has to bring a common sense comeback to New York state. We have to repair the infrastructure (of the party) to replace Cuomo in 2022. That’s what I’ve been working for from day one to make that change, and the only way to make that change is to change the governor.”

Langworthy said his rural roots have helped him when dealing with statewide and even national issues.

“Growing up in Chautauqua County, it does ground you. You get to see first-hand the terrible policies Albany hands down to areas like ours. We are losing our citizens at a high rate. That is the greatest challenge facing the state, and it has been that way for 50 years,” he said. “We are taxed too much and there are too many regulations, and Albany doesn’t get it. What fits New York city doesn’t fit the rest of the state. All too often, rural areas get left behind in the capital. We have to put people in power that understand that. Hopefully, I can use this position to give a louder voice to this area of the state.”

Langworthy said meeting new people is the best part of his position as the head of the GOP.