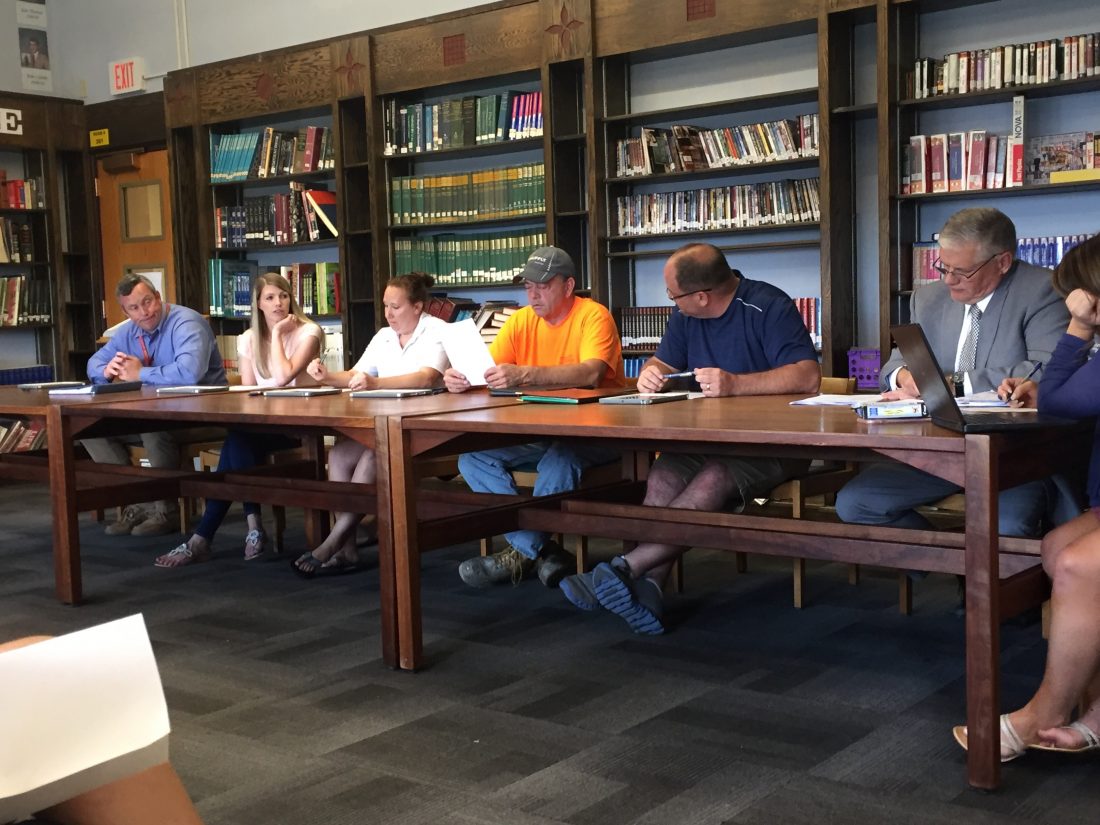 CLYMER — Following a successful budget vote, the Clymer Central School District is looking to bring a “renaissance” next school year.

The initial school budget sporting a 13% tax levy increase was denied by the community in May.

The budget needed a 60% approval from the community.

During a special board of education meeting Wednesday, Mike Schenck, board president; Ed Bailey, superintendent; and Corey Markham, building principal, all agreed next school year will be different.

The school also placed a “Thank You” sign sporting handprints from students and staff members outside the front of the building.

Bailey said the sign was a way to thank to community for its support.

Schenck praised the work of administrators and district staff for their role in passing the budget. He also looked forward to a “calm” summer going into the 2019-20 year.

Bailey said Wednesday the district will be able to focus more on issues inside the school, including curriculum.

“We’re hopefully going to bring a whole bunch of new energy to the next school year where we can focus more on curriculum and staffing and less on finances,” Bailey said.

Bailey has said in the past that the district, while receiving approval for the budget, needs to remain financially “frugal.” The superintendent also said previously that the board will not propose a budget over the tax cap next year, and that the 9% increase will give the district “some financial stability.”

Markham likened next year to serving as Clymer’s “renaissance.”