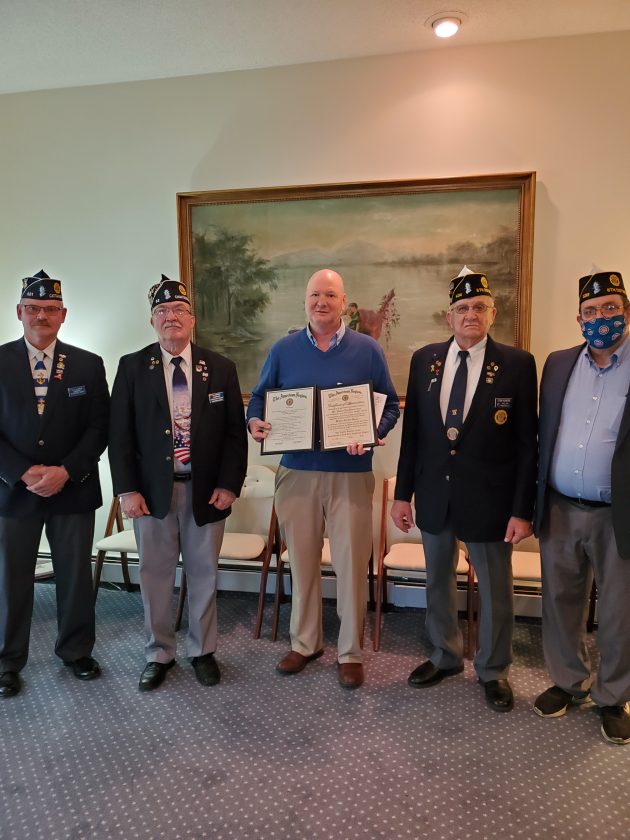 Walter L Bunn was a hero but no one knew that.

He served in the U.S. Army in Vietnam, earning numerous citations for his bravery. He survived five years in the Army, including the combat years and he returned home to Western New York where he assimilated back into society becoming a private contractor. A freak accident cost him both his legs.

As time went on, Walter aged and watched his family and friends pass away, one by one. It became too difficult for Walter to live on his own. He went into assisted living and finally skilled nursing. Even though he resided in Erie County he was placed in the Gowanda Rehab and Nursing Center in Cattaraugus County.

During his time there, Walter lived a life of quiet dignity. He was at the Gowanda Rehab and Nursing Center 11 years before he passed away on Feb. 21. During the 11 years few people in Gowanda even knew he had been a veteran, let alone his stellar military resume. Simply put, Walter was a humble man.

At the time of his passing, Walter had no family left. He had no assets and was headed for an indigent burial. Numerous funeral homes were contacted about doing a service. All but one, Howie VanRensselaer of Van Rennselaer & Son Funeral Home in Randolph, said he would do it.

VanRensselaer is not a veteran but he has always looked out for the veterans in his community. When he heard Walter’s story he knew it would not be enough to just have a simple service for Walter. VanRensselaer contacted the Cattaraugus County American Legion, the Cattaraugus-Allegany Council of the Veterans of Foreign Wars, Vietnam Veterans of American and many other service organizations. A service was held on Sunday March 1.

There was not enough room in the funeral home. People had to stand outside for the service. VanRensselaer had coordinated with the Patriot Guard to create a receiving line where all veterans went through and rendered a final salute to Walter. VanRensselaerwas not done, though. On March 2, he and the Patriot Guard escorted Walter to Bath for burial at Bath National Cemetery.

On May 13, members of the American Legion, Department of New York, 8th District, led by Henry Link, past district commander and representing current district commander Bill Miskell, presented Van Rennselaer with a district letter of appreciation, a Chautauqua County resolution thanking him for his selfless service to veterans (unbeknownst to the Legionnaires Van Rennselaer just completed another pro bono funeral of a veteran) and an American Legion challenge coin.

Two heroes have been honored: Walter L Bunn and Howie VanRensselaer Veterans quite often feel that their service has gone unnoticed (or worse, taken for granted) but when a Howie Van Rennselaer comes along our faith in our community is restored.