Longtime Falconer resident Vera Walker is pictured in April 1976 giving a demonstration on a sewing technique she created. She was known locally as an accomplished seamstress for several decades. P-J file photo

She taught countless women sewing skills and operated her own business into her 80s. Submitted photo 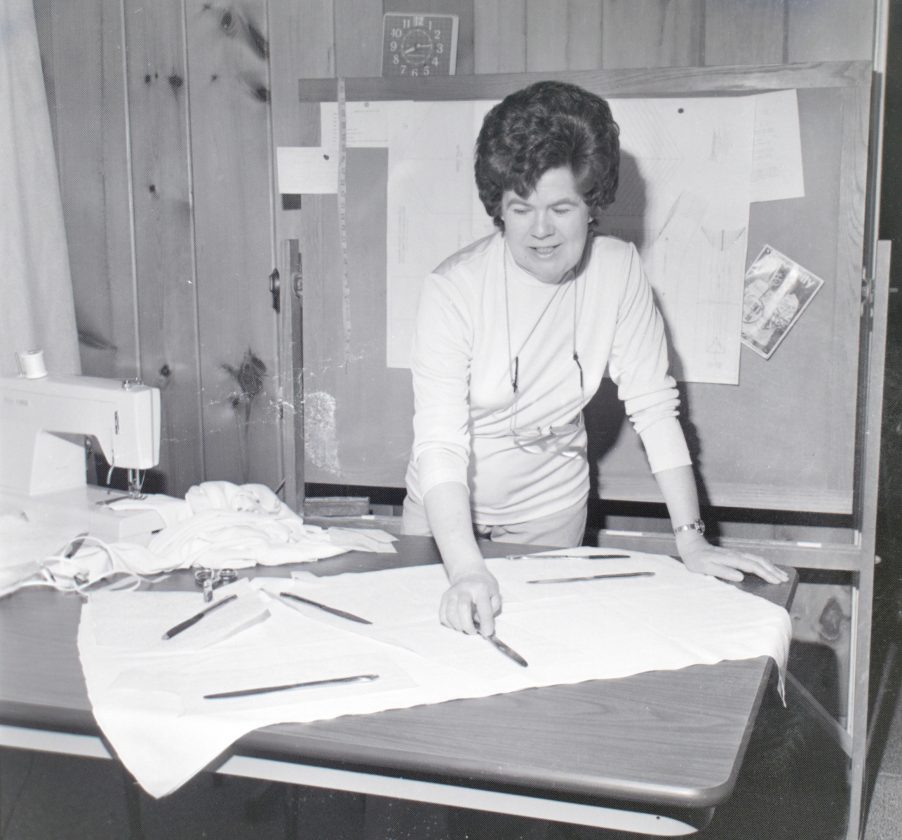 Longtime Falconer resident Vera Walker is pictured in April 1976 giving a demonstration on a sewing technique she created. She was known locally as an accomplished seamstress for several decades. P-J file photo

Vera Walker was just a few years old when the Great Depression took grip of the United States, and eventually the world.

Money was hard to come by, and simple staples of everyday life seemed like luxuries. While men either struggled to find work or hung on to existing jobs, most women stayed at home.

It’s during these turbulent years that Walker — like many young women and housewives at the time — picked up valuable skills that turned a hobby into a lifelong passion and career.

An accomplished seamstress, Walker created her own wedding dress, began teaching sewing to girls and young women and later developed her own sewing techniques. She lived for several decades in the village of Falconer, where she set up her own classroom to help others find similar passion in the art of sewing.

Walker, known for her creativity, penchant for writing and love of family, died April 30 in Illinois due to complications of COVID-19. 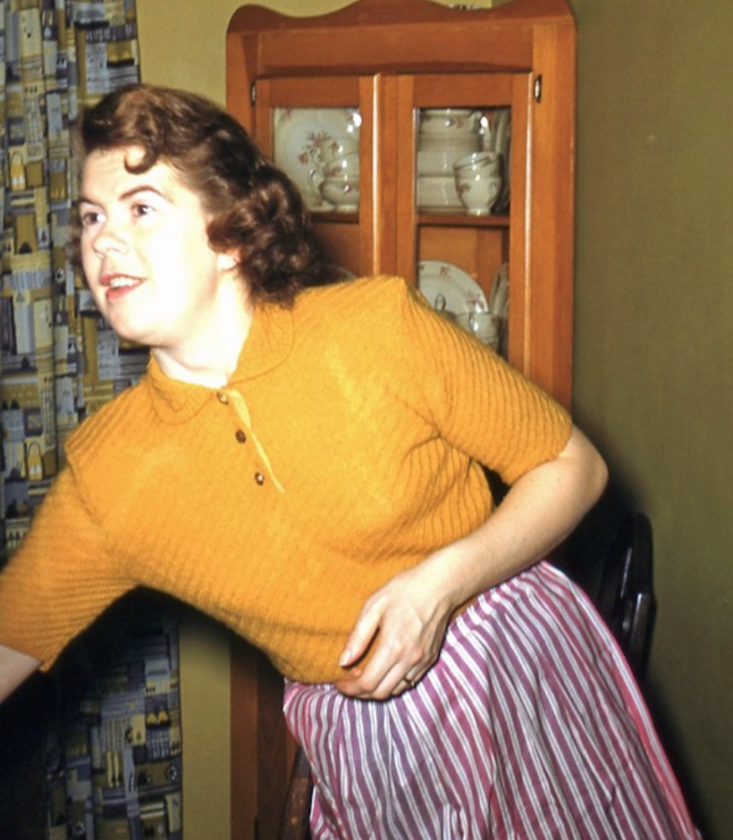 She taught countless women sewing skills and operated her own business into her 80s. Submitted photo

She was born Dec. 12, 1924, a mere four years before the beginning of the Great Depression, to the Rev. Joseph and the Rev. Georgia Markey. According to her daughter Sherry, Walker lived in several different places as a child due to her parents’ work in the ministry.

Though not especially religious herself, Walker would meet her future husband, Beverley Walker, at a church camp.

“They met at the camp,” Sherry Walker said. “Neither was really religious. They went just to meet people.”

The two eventually married, and when World War II broke out, the pair lived on an Army base in Connecticut. He helped pack parachutes for the war effort while she worked in the mess hall.

Shortly after the war, the Walkers moved to Chautauqua County where they built their own home in Falconer.

Sherry Walker believes growing up with little money instilled a sense of frugalness in her mother, who had found the joy in sewing at the age of 13 that likely helped in producing clothes and other necessities.

“They both grew up during the Depression,” Sherry Walker said of her parents. “They paid cash for their cars and they saved their money.”

The Walkers had several children: Sherry, Patrick, Sean and John. While in her 40s, Walker began teaching at the Jamestown Girls Club. It was there that the Falconer woman began a years-long career of teaching young women the skills of sewing.

“She taught these young girls from beginning to end,” Sherry Walker said. “How to cut out the fabric, modeling their clothes.”

Walker’s work at the Girls Club helped her develop her own sewing techniques. She taught the techniques in classrooms across Western New York and parts of Pennsylvania, eventually establishing her own studio in Falconer where she continued teaching into her late 60s.

“Sewing was her passion and she was a great influence on her students,” said her son, John Walker. “The classes she taught were cutting-edge in their time, and she pushed the buttons so to speak on the technology to do it yourself anything someone wanted to sew.”

Walker’s prowess for sewing was well-known locally. In addition to writing short stories that appeared in print in various publications, her name popped up often in the family/home section of The Post-Journal. One profile of her had the headline, “She Teaches Women How To Sew.” The first couple paragraphs of the undated story read:

“It would be hard to imagine Vera Walker without a needle in her fingers — without one doing a mechanical march next to her. When she isn’t sewing she’s teaching others how to.”

Another article, this one dated April 24, 1976, detailed Walker’s unique sewing technique she had been teaching her students. A portion of the story reads:

“Unlike the traditional tissue paper pattern, the master pattern is never cut. The seamstress takes her own measurements and then places tracing paper over the pattern, cutting the paper according to her figure requirements. She can add inches to hips or subtract them from bustline, allowing for the idiosyncrasies of the individual figure.”

She created “Vera’s Stitching Unlimited,” where she did alterations for area customers. The business was aided by Walker’s four sewing machines and, as her obituary noted, “She was surrounded by bolts of fabric and thread well into her 80s.”

Walker lived in Falconer for most of her adult life. She was moved to an assisted living facility in northwest Illinois to be near her daughter. Sherry Walker said she visited her mother just about every day; however, those visits stopped when COVID-19 began to spread in the country.

Walker tested positive for the coronavirus, though her daughter said she did not show serious symptoms. “She mainly just had a low-grade fever,” Sherry Walker said.

During the recovery, it became clear that the virus had affected Walker’s lungs. She was put on oxygen, but died a short time later.

Her family remembered her as a caring woman who looked out for others.

“She always made time to be there for her family and cared for my ailing father in his final years without having to put him in nursing care until necessary,” John Walker said.

Added Sherry Walker: “She was a lot of fun. She was easy going and wasn’t very overbearing — she just loved everyone.”

A Celebration of Life will be held in the summer, the family said.