Debris from the former Mayville Diner at 7 W. Chautauqua St. is pictured Tuesday morning in the village. The exact cause of the fire that ripped through the restaurant was not known, county fire investigators said. P-J photo by Jordan W. Patterson

The Mayville Dinor, spelled with an “o” at the time, is pictured on Aug. 7, 1953. Submitted photo 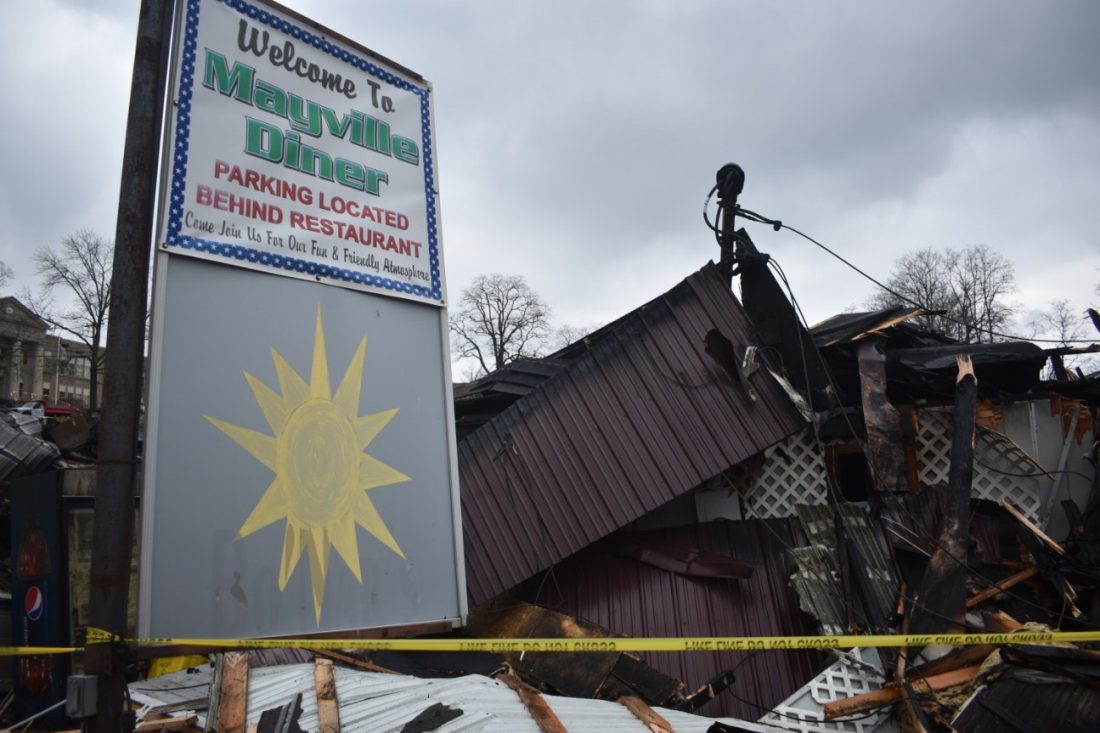 Debris from the former Mayville Diner at 7 W. Chautauqua St. is pictured Tuesday morning in the village. The exact cause of the fire that ripped through the restaurant was not known, county fire investigators said. P-J photo by Jordan W. Patterson

MAYVILLE — A restaurant situated near the heart of the village for nearly 70 years is now all but rubble following a massive fire that began late Monday.

Firefighters from several volunteer departments were summoned to the Mayville Diner, 7 W. Chautauqua St., shortly before 10:30 p.m. Smoke was spotted by Chautauqua County sheriff’s deputies in the area of the four corners in the village, and the fire at the diner was quickly confirmed.

The area surrounding the property was closed to traffic for several hours as firefighters tried to douse the blaze. Photographs and video posted to social media showed the building almost completely engulfed by flames.

County fire investigators remained at the scene through Tuesday afternoon. Capt. Rich Telford told The Post-Journal that no exact cause had been determined, but because of the extent of the damage and the significant loss, he said investigators would be following up “for the next few days if not weeks.” 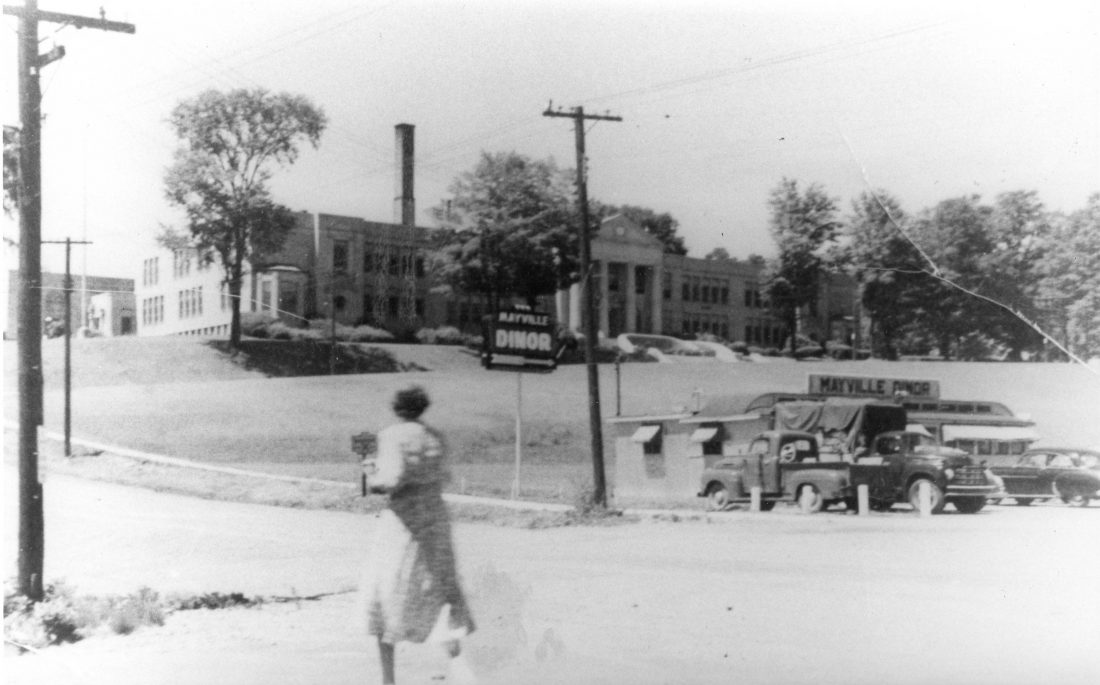 The Mayville Dinor, spelled with an “o” at the time, is pictured on Aug. 7, 1953. Submitted photo

A Jamestown man who was passing through Tuesday said the diner was a “good place to eat,” adding that he had eaten there on more than one occasion. Another person, a longtime Mayville resident more familiar with the area, said the diner was “irreplaceable.”

Shannon Biekarck, like many others, parked her car to look over the debris left behind by the diner. For her, stopping by was a way of saying goodbye to the restaurant she described as “the iconic place in Mayville.”

“It was a longstanding icon,” Biekarck said. “This is devastating. We don’t have much here so this is huge. It leaves so many questions, it’s beyond heartbreaking. I stood here earlier in tears — it’s hard to put into words.”

Biekark has lived in the community for 25 years. In that time, the diner has held many memories of her own family and the community. Biekark described the diner as the place where locals would go before work, grab coffee, hold birthday parties, meet to celebrate loved ones after funerals and to simply visit with others.

“There’s so much history sitting in that,” she said motioning toward the rubble. “You could build it 10 times over and it still wouldn’t replace this.”

It’s not exactly known when the diner — originally called the Mayville Dinor — first open its doors. Devon Taylor, historian for the village and town of Chautauqua, cited newspaper articles stating that the restaurant would open no later than Nov. 15, 1949.

“It was quite well-known when it opened,” Taylor said. “You had more of these dining cars that were built and shipped. They were complete and ready to go.”

Built by the Silver Creek Diner Company, the all-aluminum body was shipped via railroad and found its permanent home on West Chautauqua Street. When it arrived it was the second such restaurant in the village, with the first situated on South Erie Street next to the old village office and fire hall. The older diner was removed in 1949 to make room for the new community building where the current Village Hall is located.

Taylor said the word “dinor” was commonly used in the Erie, Pa., area, though its origin is unknown. “It was a regional thing. The word just sort of gradually faded away,” he said.

The restaurant saw several additions over the years. In 1960, a grand opening was held for a new dining room, while a 6-foot-by-52-foot addition was announced in February 1975.

“I’m really sad to see it go,” Taylor said. “It brought people in for those who wanted a small place to go and socialize with one another.”