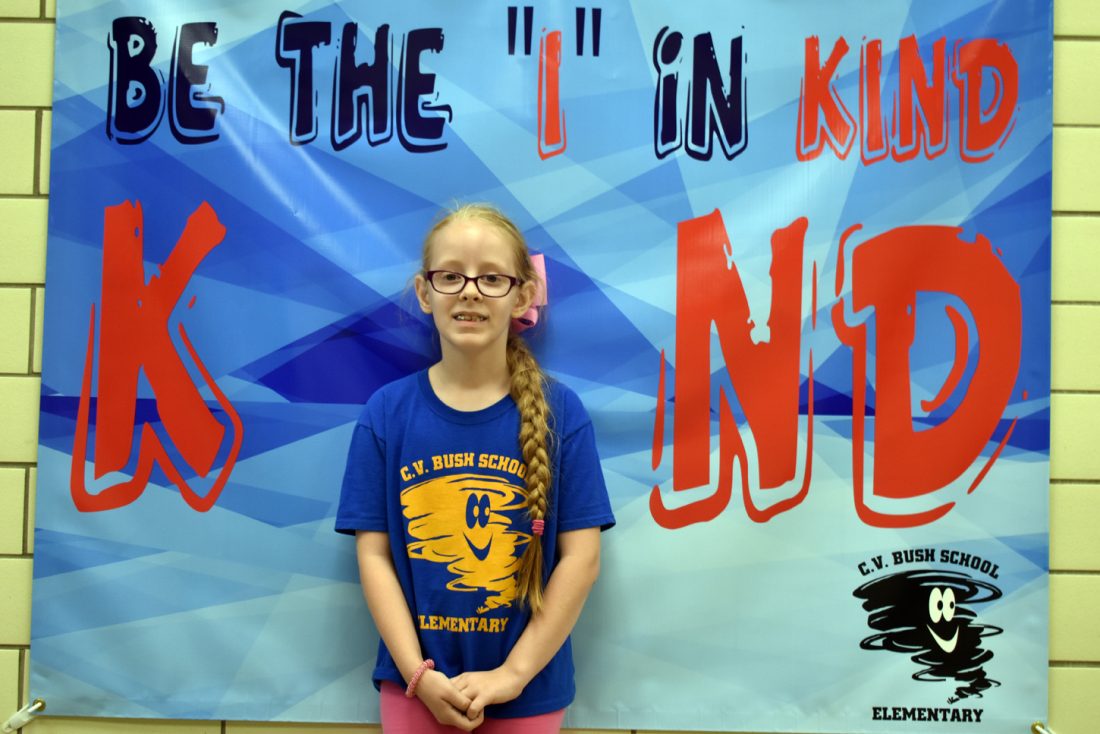 October is National Bullying Prevention Month, but generally in public schools, raising awareness on the issue is a year-long endeavor.

“We have systems in place that these issues are addressed every single month,” said Chad Bongiovanni, Jamestown Public Schools director of student support services. “While recognizing (National Bullying Prevention Month), we treat every other month the same we would October.”

Examples of anti-bullying awareness efforts are visible at Bush Elementary School at JPS. Physical signs can be seen hanging on hallway walls with positive messages. Most are in reference to bullying with some that read, “Bullying stops with me” and “No act of kindness, no matter how small, goes wasted.”

Another sign, hanging as a reminder for students, reads “Be the ‘I’ in kind.” Below the positive message is another spelling of the word “Kind,” but with a space in between omitting the letter ‘I.” Students are encouraged to stand in front of the sign serving as the living embodiment of the “I” in “Kind.”

Alex Peterson, Bush school counselor, said a kick-off event was held at the end of September to usher in the month dedicated to anti-bullying awareness. 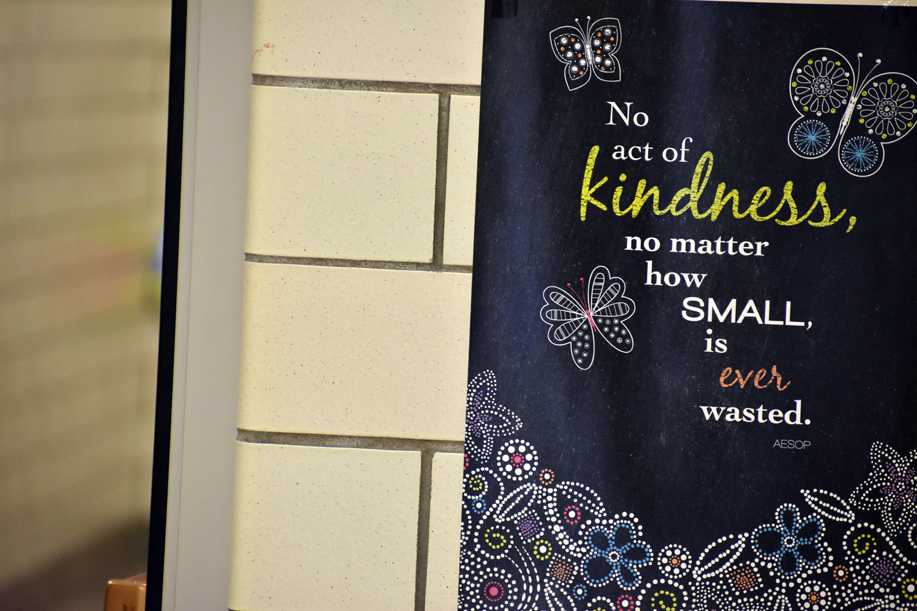 Peterson, walking through Bush school, said the primary focus as a school counselor is to promote positive and healthy behavior — an objective that runs year-round.

“In October, we take that specific theme of bullying and shine more light on that topic, though we do it, really, year round in a variety of ways,” Peterson said.

On Monday, Bush elementary students will participate in a type of silent protest relating to bullying. Holding self-crafted picket signs, the elementary students will focus on positive themes in support of the month-long, anti-bullying initiative. The event coincides with the national “World Day of Bullying Prevention” and “Stomp Out Bullying” event where individuals are encouraged to wear blue. The school-wide event focuses on anti-bullying themes and togetherness among students.

Last year, the JHS Anti-Bullying Club created a display with numerous cutout paper hands with words of kindness written on them and placed in the window of the Crown Street Roasting Company on Third Street. The display featured more than 1,000 paper cutouts in the shape of hands. Each one was signed by a student or multiple students along with the positive messages written on them.

Currently, the high school club is seeking an adviser. Additionally, the entire student body participates in its own blue shirt day corresponding with the national initiative that is organized by the National Honor Society on Monday.

Bongiovanni noted that Jamestown teaches social and emotional curriculum to all students. An emphasis is also made on teaching character education.

“We can’t just assume that students understand how to act and behave appropriately and how to use social media appropriately,” he said. “We’re very intentional and very direct with what are appropriate ways to manage yourself, and we want to explicitly teach characteristics.”

In the Southwestern Central School District, the emphasis on anti-bullying remains a daily priority as well. Throughout the various schools, anti-bullying messages are spread among the student body during October and beyond.

The middle school and elementary school will participate with the “Stomp Out Bullying” event with students sporting the color of blue.

“This is a very serious topic that we deal with on a daily basis,” Bongiovanni said.

At the time, JPS Superintendent Bret Apthorpe referred to the reporting system as “baby steps” to addressing bullying altogether.

“Every single incident that is reported to us we take very seriously and we conduct thorough investigations based on circumstances of investigation,” Bongiovanni said.

When an incident is reported, each school’s corresponding administrator is notified by email, at which time an investigation of the report is conducted.

“We want our school climates to be comfortable reporting incidents of bullying,” he said.

National statistics taken from stopbullying.gov indicate a large portion of students are directly or indirectly involved in bullying.

Citing a 2017 School Crime Supplement study from the National Center for Education Statistic and Bureau of Justice (NCESBJ), about 20% of students ages 12-18 have experienced an act of bullying. The Centers for Disease Control and Prevention indicated that 19% of students in grades 9-12 have reported being bullied within 12 months of a 2017 survey.

Furthermore, Stopbullying.gov indicates that 30% of young people, who volunteered for surveys, admit to bullying others; 70.6% admit to witnessing bullying in their schools; 70.4% of school have staff have seen bullying; and 41% of school staff, who participated in surveys, witness bullying once a week or more.

The site also indicates incidents of bullying end with 10 seconds 57% of the time when bystanders intervene.

Another aspect of bullying is the cyber version. According to NCESBJ, 15% of those who reported being bullied at school were bullied online or by text. The CDC also noted that, in a similar survey, 14.9% of students were bullied electronically within 12 months of reporting.