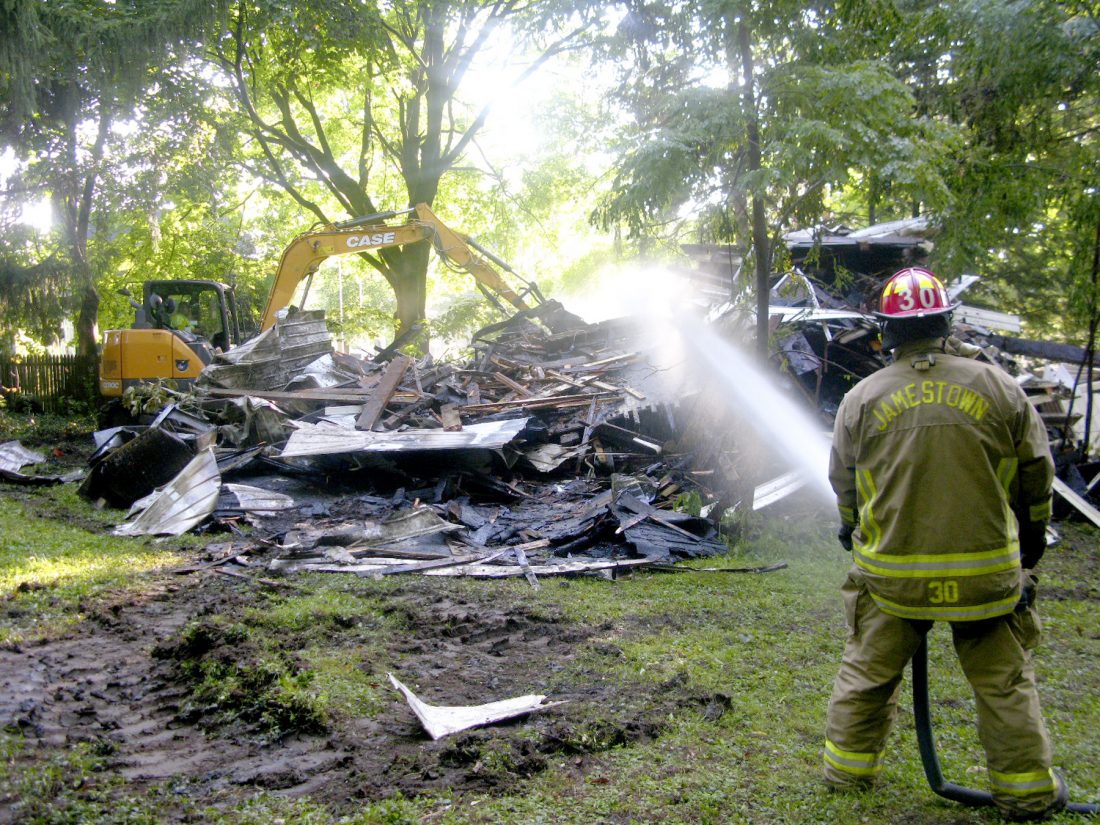 A Haywood Street property, condemned since at least August 2015, was demolished following a fire that broke out early Tuesday. The cause of the fire is undetermined, and fire officials are seeking the public's helping in obtaining information. P-J photo by Eric Tichy

City fire investigators are seeking the public’s help after a blaze ripped through a condemned home early Tuesday.

Jamestown firefighters were called to 319 Haywood St., near Buffalo Street, after flames were spotted around 3:40 a.m. Crews arrived to find fire on the second floor before the property was quickly engulfed by flames.

Off-duty firefighters were requested to help douse the blaze, and remained on scene for several hours.

No injuries were reported.

The cause has been deemed undetermined. Battalion Chief Cris Dahlgren said no utilities were connected to the vacant property.

He said the city had been eyeing the property for demolition.

“It was one of those zombie properties that we were stuck with,” DeJoy said. “Now it’s a more expensive demolition.”

DeJoy was summoned to the scene early Tuesday. He ordered the emergency demolition, which was still ongoing by 8 a.m.