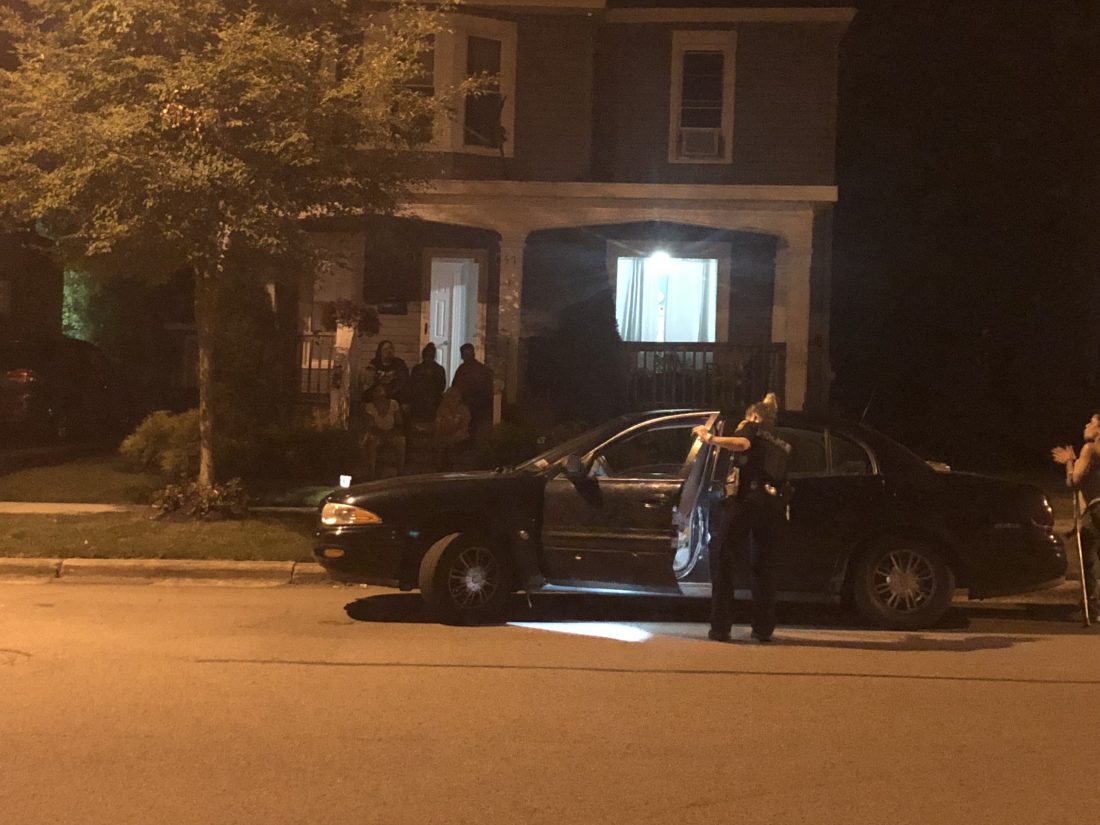 A Jamestown police officer searches a vehicle for evidence after a shooting on Liberty Street on Tuesday. The vehicle was shot as part of the incident, with two bullet holes near the bottom of the driver's door visible. P-J photo by John Whittaker

Witnesses said between two and seven shots were fired. The vehicle involved allegedly left the area on Sixth Street, though it wasn’t known which direction the vehicle drove from there.

Six Jamestown police vehicles were at the scene shortly after the call came in. Officers interviewed witnesses and searched the home and surrounding area for evidence. Officers spent a lot of time combing the area in front of the house cataloging evidence.

Police were at the scene for more than two hours.

More information will be published as it becomes available.