Three demolitions happened simultaneously earlier this month — Barrett Avenue, Winsor Street and Falconer Street — that were organized by city of Jamestown officials. More than 20 demolitions happened in the city last year and nine have been planned so far in 2019. Submitted photo

The Barrett Avenue property pictured shortly after the May 2017 fire. The blaze was found to be intentionally set. P-J file photo 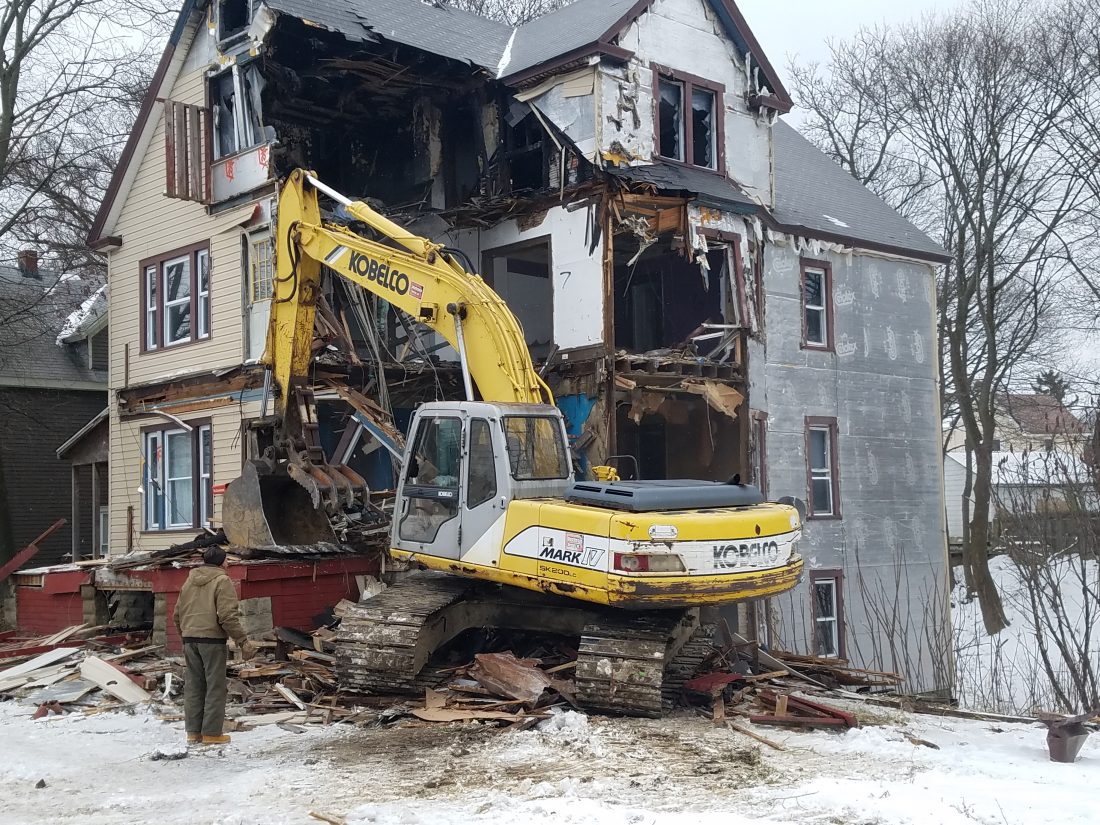 Three demolitions happened simultaneously earlier this month — Barrett Avenue, Winsor Street and Falconer Street — that were organized by city of Jamestown officials. More than 20 demolitions happened in the city last year and nine have been planned so far in 2019. Submitted photo

Jamestown officials are continuing their ongoing battle against blight in city neighborhoods.

Vince DeJoy, city development director, said city officials, with assistance from the Chautauqua County Land Bank Corp. who provided the funding for the Falconer demolition, organized three demolitions that happened simultaneously earlier this month. He said the demos took place at 392-394 Falconer St., 226 Winsor St. and 209 Barrett Ave. He said two of the contractors that proceeded with the demolitions were local and one was from the Buffalo area. He added H.H. Rauh Contracting of Lakewood handled the Winsor Street demolition while J&J Abatement of Jamestown tore down 209 Barrett Ave.

“The structures were a blight on their respective neighborhoods and especially the corridor to Jamestown Community College,” DeJoy said.

The house at 209 Barrett Ave. was damaged as a result of an arson fire at the adjoining property in 2017 at 213 Barrett Ave., and was paid by the city of Jamestown to clean it up because there was no insurance, DeJoy said. He said the house became a zombie property and the city was forced to tear it down for public safety reasons by court order.

According to the website for the city of Jamestown — jamestownny.net — the three demolitions are three of nine planned by city officials in 2019. Other demolitions are slated for 222 Hopkins Ave., 917 N. Main St., 214 Barrett Ave., 119 Willard St. 24 N. Main St., and 820 Newland Ave. The listing of the future demolitions is a new section of the city’s website, DeJoy said. 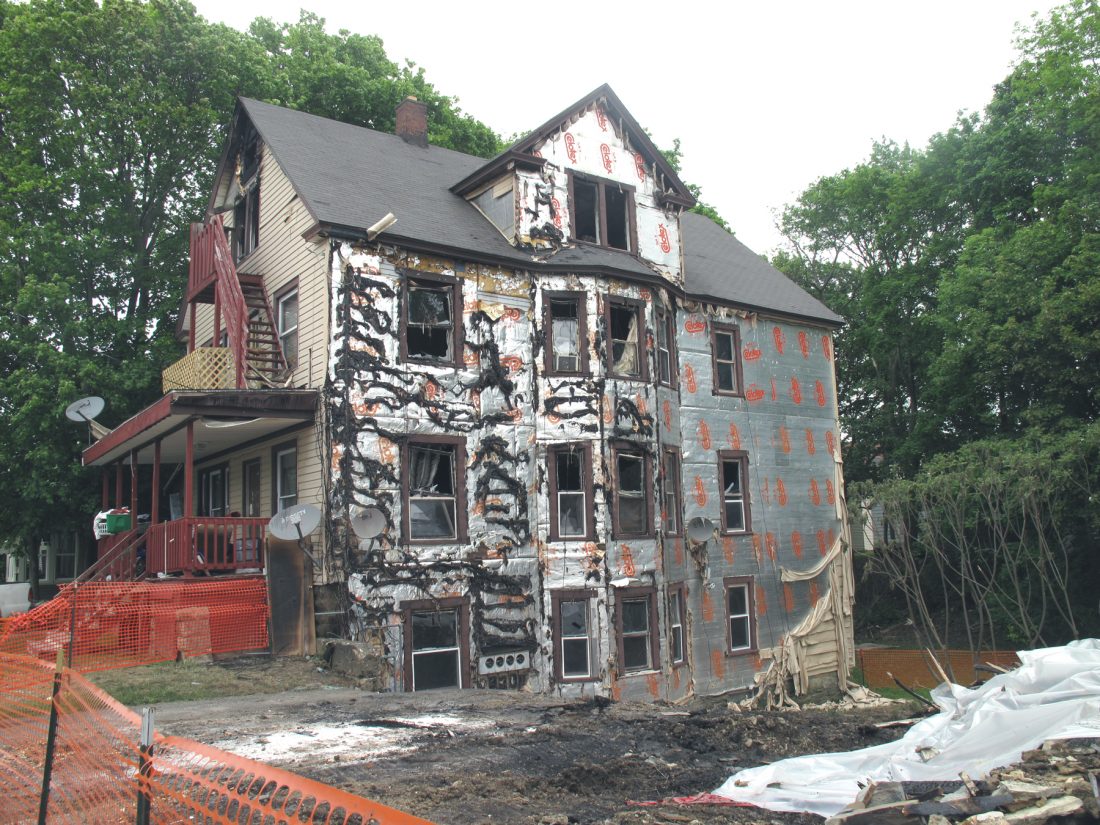 The Barrett Avenue property pictured shortly after the May 2017 fire. The blaze was found to be intentionally set. P-J file photo

According to the city’s website, city officials through the Department of Development remove condemned and blighted structures through a demolition only as a last resort, after all efforts have been made to work with the owner of the property through the code enforcement process. In some cases the owner walks away from the property, but that doesn’t remove their responsibility and accountability for the property. If a court order to demolish is effectuated and the demolition is completed, the costs of the demolition will be billed to the owner. If not received, an attempt to recover the costs through the legal process is initiated with liens and a judgment.

Funding for demolitions in the city come from three different sources. The city funds demolitions using Community Development Block Grant funding from the U.S. Department of Housing and Urban Development to remove slums and blight. The Jamestown City Council also appropriates a budgeted amount from the general fund budget for demolitions. In many cases, these funds are utilized for emergency demolitions due to structure fires or collapse of the structure when public safety is at risk.

The city of Jamestown has also partnered with the Chautauqua County Land Bank Corp. to fund demolitions for properties that have been removed during the tax foreclosure process for demolition due to the condition of the structure.

Additionally, properties that are owned by the city, county or by the land bank have costs reimbursed to the for the demolition by grant funding provided by the state Office of Attorney General that was the result of class action settlements during the housing mortgage crisis from large banks.