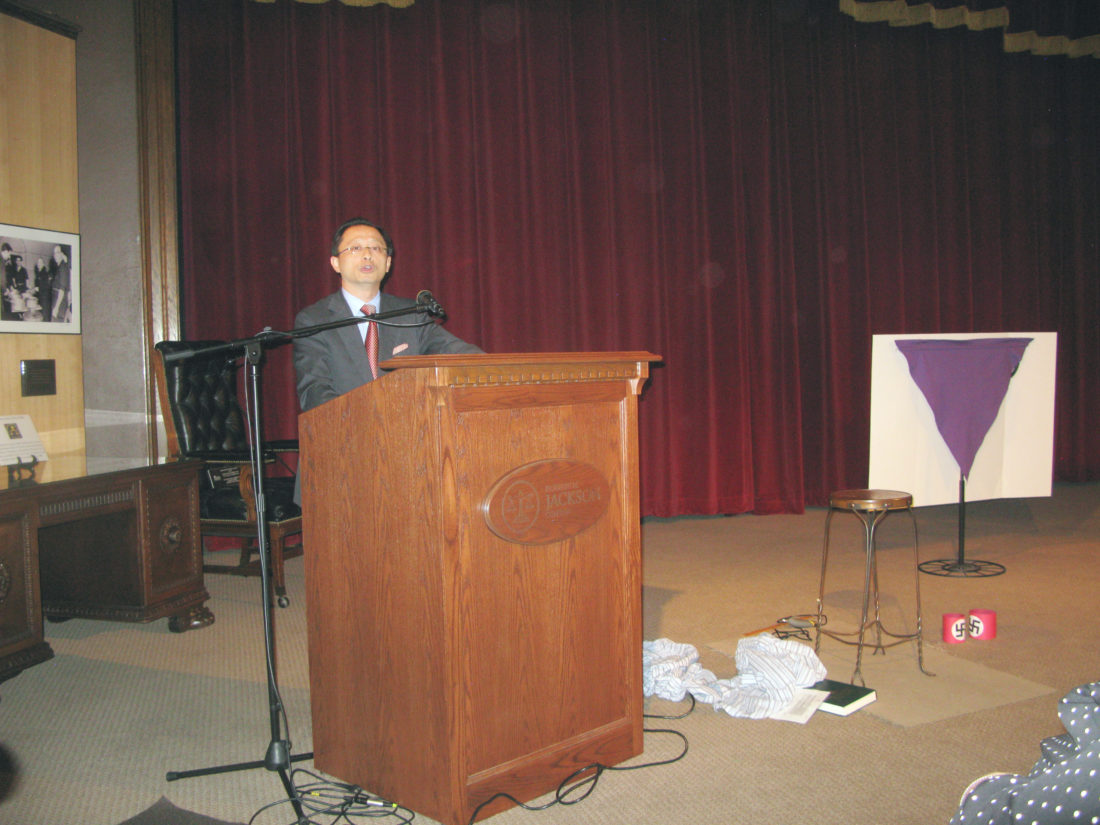 The Robert H. Jackson Center hosted a lecture series on the Barnette case Tuesday in the Carl Cappa Theatre. Jackson wrote the majority opinion in the case which held that the Free Speech Clause of the First Amendment protected students from being forced to salute the American flag or recite the Pledge of Allegiance in schools. The case was a major victory for Jehovah’s Witnesses whose religious convictions prevented them from saluting or pledging to any symbols, including those of political institutions. It also overturned the previous ruling of Minersville School District v. Gobitis. That case ruled against Walter Gobitis in the case he brought forth against his children being forced to recite the pledge of allegiance and salute the flag in his children’s school. The ruling held that public school officials could discipline and even expel students who didn’t pledge allegiance to or salute the American flag in school. The case originated out of Minersville, Pa.

The lecture series was a collaborative effort with the Jackson Center and the Watchtower Society. It was part of the ongoing series “Canaries In The Coal Mine of Human Rights.” The series is also in honor the 75th anniversary of the decision of the Barnette case.

The event began with a welcome by Jackson Center executive director “Deke” Kathman. Jackson Center director, Greg Peterson then welcomed the audience. A stage production of “The Faithful Do Not Yield” was performed by Giovani and Mikalia Bardessono. Using props and facts surrounding the case the two emphasized what the political and social climates were during the years that surrounded the Barnette case. The play originally had been presented for National History Day in 2017.

The keynote speech was given by Professor Robert Tsai of American University’s Washington College of Law in Washington, D.C. 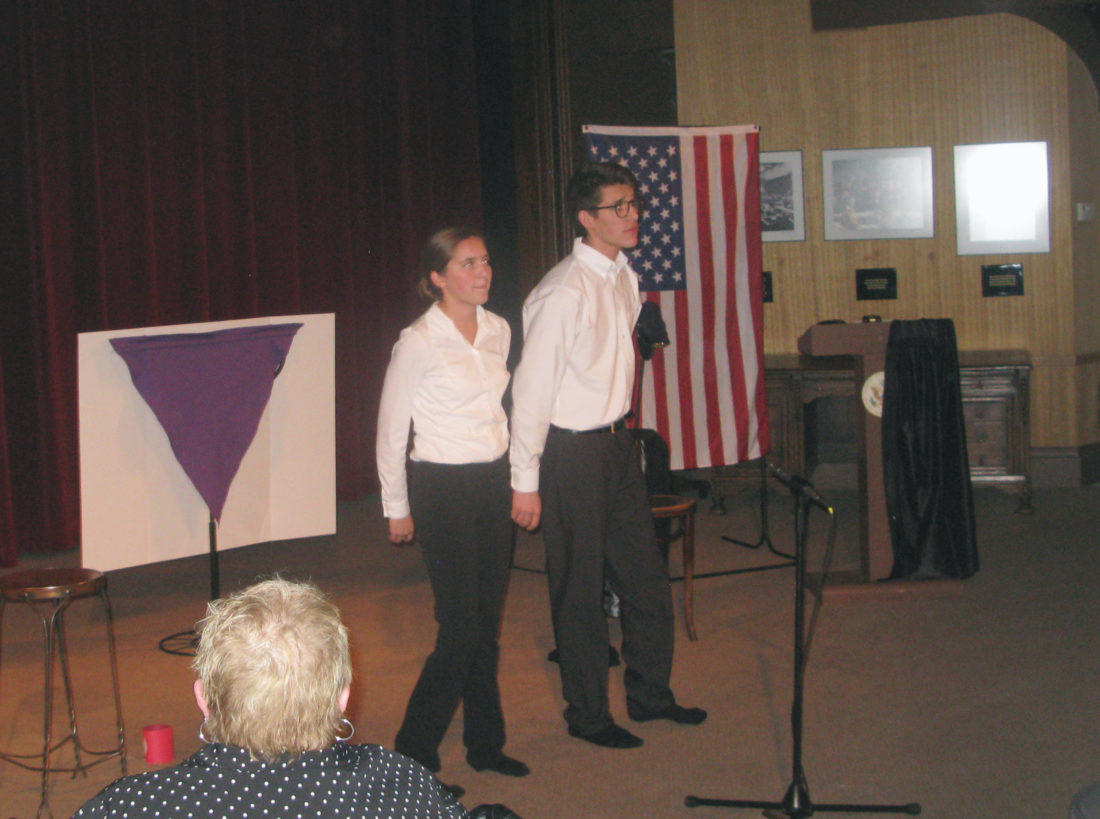 However, Tsai also took time to emphasize how the events that led to the Barnette case were allowed to fester. In particular, Tsai emphasized how events in America led to ill-conceived concepts of patriotism in the years before and during World War II. “It (the Gobitis ruling) wasn’t obviously incorrect,” Tsai said.

Tsai also called the decision a plausible interpretation of the Constitution and what the United States was looking for. “It earnestly tried to understand the text and the history of our nation’s founding document and to reconcile a limited role of the judicial defensive rights with our political system’s strong preference for majority rule,” Tsai said.

Tsai then cited the after effects that resulted from the case. They included violence against minorities, destruction of property and misconceptions among others. At the same time, Tsai also elaborated on Robert Jackson’s absolute disdain for the Gobitis case. Tsai even went so far as to call the Gobitis children involved “the little children,” citing Jackson.

Tsai also discussed the various drafts of the opinion Jackson wrote as well as the disadvantages why they were not adopted.

Following the discussion, a question-and-answer session was held with Tsai.

Tsai. Members of the Jackson, Gobitis and Barnette families were also present in the audience.

The series continues Wednesday with another performance of the play at 9:30 a.m. Two illustrated presentations will then be given on event that lead to the Minersville School District v. Gobitis and the Barnette cases. A roundtable discussion will then take place with Marie Barnett Snodgrass and Louise Blanton. The two will discuss their school-age experiences as Jehovah’s Witnesses during the 1930s and 1940s. Lillian Gobitas’s daughter Judith Klose will also join the discussion. The discussion will be chaired by Jackson Center co-founder Gregory Peterson.

In addition, keynote speaker Phillip Brumley will deliver his lecture: “Jehovah’s Witnesses: Canaries in the Coal Mine of Human Rights.” The lecture begins at 11:15 a.m.