A link to a survey by Jamestown Public Schools for input on its new high school principal was incorrect in Thursday’s edition of The Post-Journal. The correct link is surveymonkey.com/r/jhs_principal

The United Veterans Council of Jamestown will host a comedy show Friday at the Samuel L Derby American Legion Post 556, 9 Meadow Lane, Frewsburg. The incorrect date was published in Tuesday’s edition of The Post-Journal.

¯ The Ellery Town Board agreed to not add two more members to sit on the Chautauqua Lake Watershed Management and Alliance Board. Board member David Wesp abstained from the vote because he is also a member of the alliance’s board. ¯ Monday’s article, “Groups Call For Unity On Health ...

An editorial in Friday’s edition incorrectly stated the town judge who hadn’t properly updated New York state of the status of more than 2,000 traffic tickets. The judge in question was the longtime Harmony town judge.

Soup and a song

St. Susan Center’s annual “Soup and a Song” Fundraiser will be held Saturday at St. James Church, 27 Allen St., Jamestown. The location of the fundraiser was listed incorrectly in Thursday’s edition of The Post-Journal.

The Randolph Children’s Home is operated by New Directions Youth and Family Services Inc. Randolph Academy does not have authority to oversee the Children’s Home. The information was incorrect in Thursday’s edition of The Post-Journal. 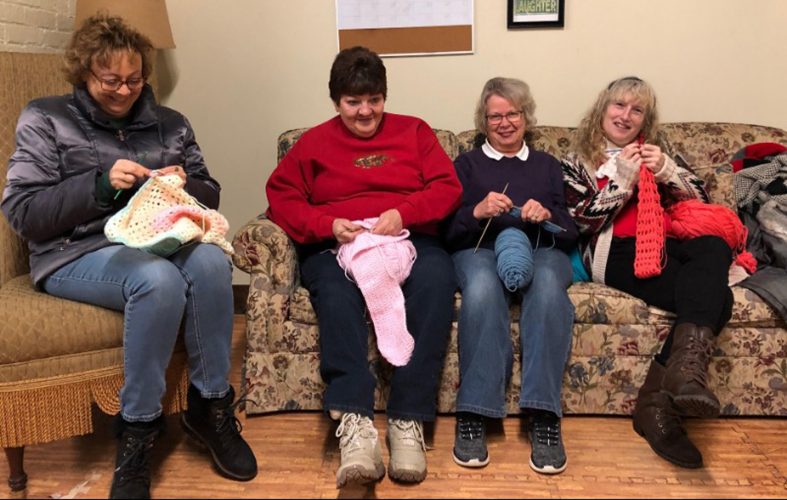 Bonfiglio Is A Board Member

Russ Bonfiglio was incorrectly identified in a photo caption in Thursday’s edition. Bonfiglio did not serve in the armed forces and is a board member for the Veterans Miracle Center of Jamestown.

Jude Gardner, who was elected highway supervisor for the town of Pomfret in an uncontested race, was incorrectly listed as a Democrat on the Chautauqua County Board of Elections website and subsequently labeled incorrectly in election results Wednesday. Gardner is a registered Republican.

A documentary film, Lake of Betrayal will be shown at 6:30 p.m. Nov. 7 at Jamestown Community College’s Carnahan Center Theatre. In an article published Oct. 28, the incorrect time was submitted.

The cost of the Swiss steak dinner at North Harmony United Methodist Church is $8.50 for adults and $4 for children. The adult price was incorrectly submitted to The Post-Journal for a brief that appeared in Friday’s edition.

In Sunday’s edition of The Post-Journal, the caption of a photograph for Archie Pecks’ Medal of Honor was incorrect. The recognition event will be held at the Evergreen Cemetery, not at the Cassadaga American Legion Post 1280. The information was incorrectly submitted.

The Ellery Senior Citizens’ fall feast will be held during the group’s November meeting. The information was incorrectly submitted to The Post-Journal.

The community is invited to cookies and punch at Fluvanna Community Church for the retirement of the Rev. Dayle Keefer. Incorrect information was printed in The Sunday Post-Journal.

An opinion piece penned by The Rev. Mel McGinnis should have had a headline stating “Liberals Pervert The Bible.” The headline that appeared on Page A5 of Sunday’s edition was incorrect.

In the town of Portland, there were three candidates — Thomas DeJoe, Michelle Patterson and Daniel Thompson — vying for two town justice Independence Party lines. DeJoe, who received 15 votes, and Thompson, who gained 9 votes, led the primary over Patterson, who tallied 7 votes.

An article in the Tuesday edition of The Post-Journal regarding the Clymer Board of Education incorrectly named Stephanie Adams as a new elementary teacher. Adams was the former living environment teacher and her resignation was accepted by the board Monday. Sarah Aikens’ position as a new ...

Thanks to more information provided by Martz-Kohl Observatory President Gary Nelson, it was announced that the Lenna Foundation, not the Reg Lenna Center for the Arts, provided some funds for the observatory’s ongoing renovations.

The Norden Club’s member-guest dinner will be held Tuesday, Aug. 21 at Moon Brook Country Club. The date was incorrect in Tuesday’s edition of The Post-Journal.