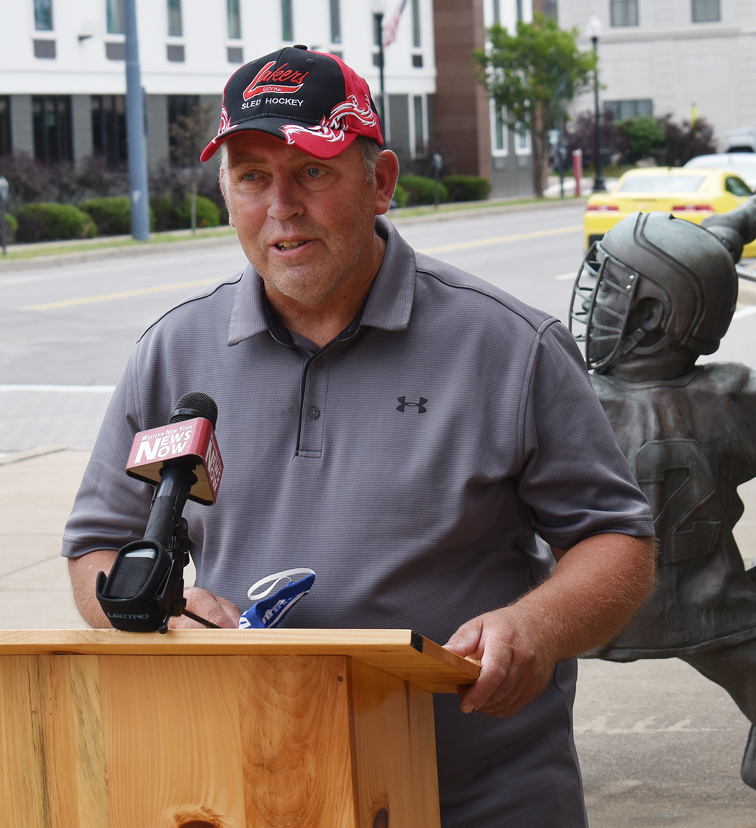 Cody Allshouse admitted he never imagined he would say it.

And then he did.

“I’m not going to lie, there have been a few times when I’ve broken down in tears the past few days just thinking about it,” the Lakers sled hockey assistant coach/player said Wednesday afternoon outside Northwest Arena in downtown Jamestown.

What Allshouse has had on his mind is the knowledge that the Lakers’ Special Hockey teams will not be playing this season because of COVID-19. The decision was made two weeks ago and was announced yesterday.

“After evaluating data and talking to staff members, we felt it was best if we canceled the 2020-21 season,” said Blade Ellis, assistant program director. “It was an extremely difficult decision to make and it was emotional, but our top priority is our players’ safety along with their parents and guardians, and staff members.” 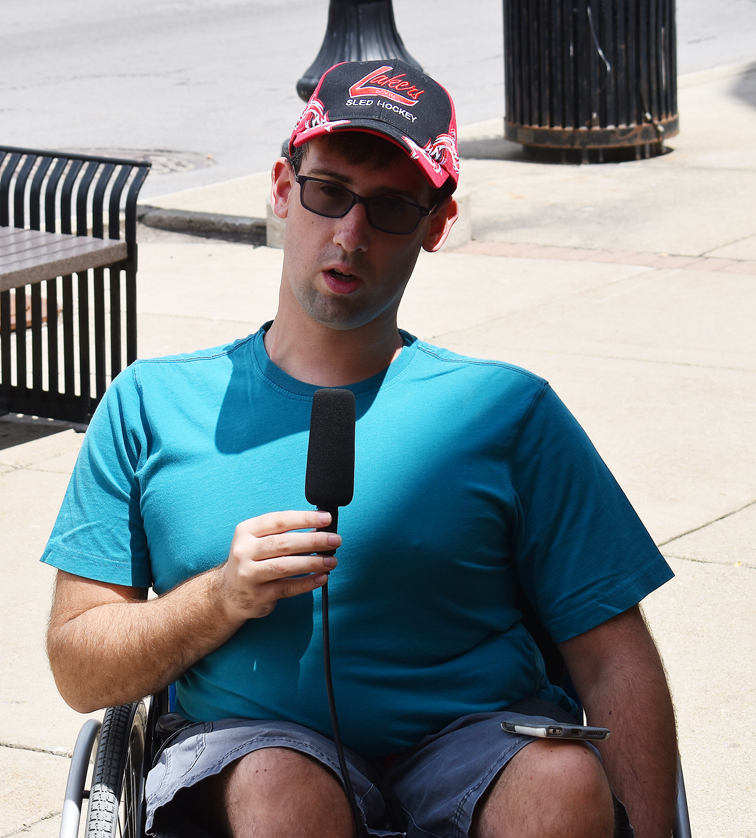 Added Rod Kolstee, the Lakers Special Hockey program director: “We’d rather be safe, startup next year all fresh and, hopefully, (the pandemic) will be all behind us.”

The cancellation is only for the disabled program, Ellis noted. The remaining Lakers seasons will go on as scheduled.

According to Ellis, there are 14 members on the stand-up team and 10 on the sled squad. The players hail from throughout Chautauqua and Warren counties.

“We’re going to be doing some advertising in the next few months to get some more people, with a limit of 20 kids per roster,” Ellis said. “This was the most numbers we’ve had in a lot of years, and it’s extremely disappointing (to cancel), but we’re going to continue to grow stronger and we’re excited about that.”

Fundraisers are planned for later in the year to help financially sustain the stand-up and sled programs, which are free to participants. The sled hockey program began in Jamestown in 2003, while the stand-up program is about six years old.

“(The players) progress at their own pace and skill level,” Kolstee said. “We push them, but we don’t push them to the point where it’s unbearable. They’re progressing at their own pace. We’ve always done that.”

Kolstee has been involved with sled hockey locally since its start in Jamestown.

“I was coaching a travel team at the time — I didn’t have any kids on the team — and we received a USA Hockey magazine and it had an article about sled hockey. I had heard that Erie was doing it at the time, so we started it up.

“The first major contribution came from General Mills Foundation ($19,000), which paid for about three seasons.”