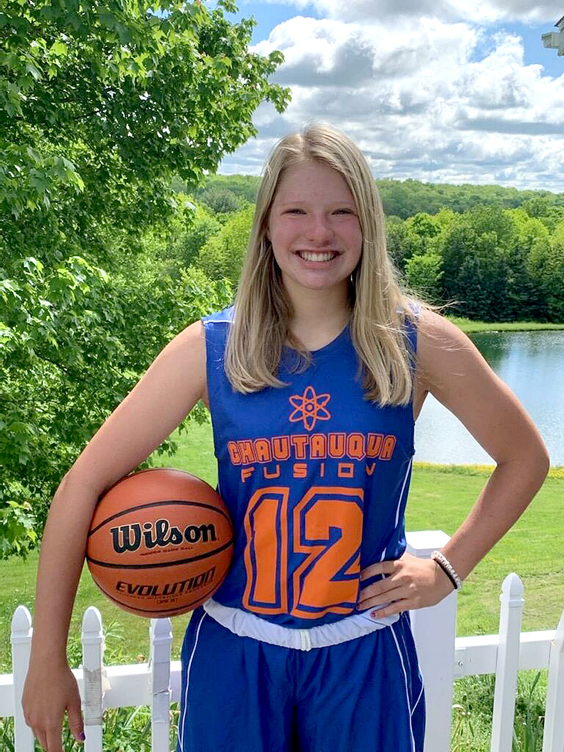 Grace Lundmark of Falconer made 18,000 shots during the month of May to be crowned Chautauqua Fusion’s “Top Gun Champion.” Submitted photo

Chautauqua Fusion recently announced the top shooters in its May 2020 Top Gun Challenge.

Inspired by the April 2020 Wall Street Journal article, titled “Shooting Hoops Through the Pandemic,” coaches Chris Dole and Mike Engdahl challenged their players to a shooting contest for the month of May.

The contest was named the “Top Gun Challenge,” and each player received a chart with 21 spots to shoot from on a half-court basketball court. Players were required to make 10 shots from 19 spots and five apiece from two spots for a total of 200 made shots. Each player then recorded the number of shots it took her to make the required shots into an app that produced a spreadsheet for the coaches to monitor progress. 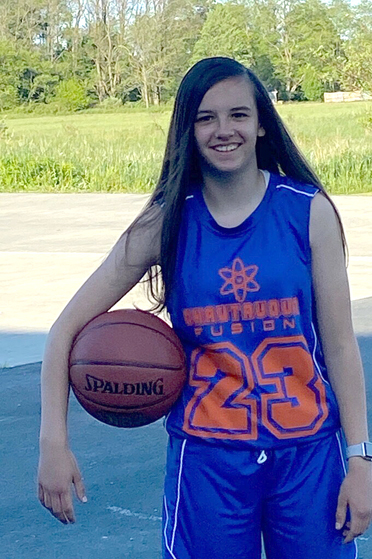 Alexys Neckers of Clymer finished second during Chautauqua Fusion’s challenge in the month of May. Submitted photo

Dole stated that he “was very happy with our overall turnout and the competitiveness of each of our four teams. Grace, in particular, proved to be a workhorse while Neckers and Loberg battled right up to the last minute for second and third, respectively.”

Engdahl added “the hard work and dedication of the girls this past month was phenomenal. It is even more impressive when you consider that all of the shots were made outside during the month of May. These girls made shots in rain, snow, wind and high temperatures.” 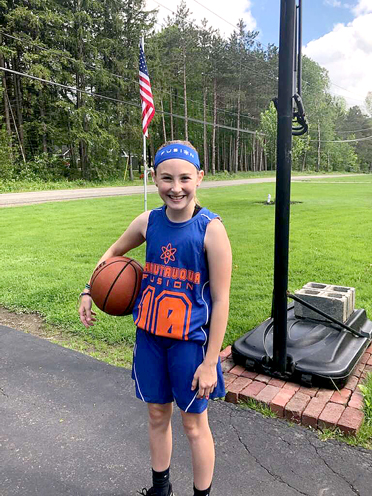 Kiera Loberg of Panama finished third during Chautauqua Fusion’s challenge in the month of May. Submitted photo