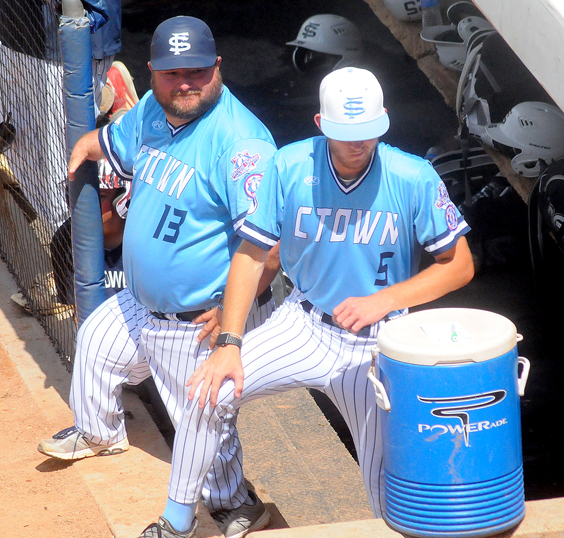 EDITOR’S NOTE: Jamestown was scheduled to host the Babe Ruth 13-year-old World Series in August, but it was canceled last week due to the COVID-19 pandemic. The last time the city held a World Series, in August 2018, the champion — Charleston, Missouri — won in dramatic fashion in the title game. The most memorable moment of the week, however, wasn’t so much the outcome, but the man who directed the Fighting Squirrels to their first-ever crown.

I don’t root for teams to win. That’s not permitted in my profession. I do like a good story, though.

So as I stood near home plate at Diethrick Park with a couple of other media members Saturday afternoon and listened as Minner answered questions about the Fighting Squirrels’ 4-1 victory over the Alabama Rawdogs in the championship game of the Babe Ruth 16-18 World Series, I realized that what happened on a gorgeous August afternoon will be something I’ll remember for a long time.

For the record, Charleston scored three runs in the top of the fifth inning — highlighted by doubles from Dallan Stotts, Cole Nichols and Drew Reischman — and then rode the right arm of Will Pratt and a defensive gem by third baseman Breven Yarbro in the bottom of the seventh to preserve the victory. 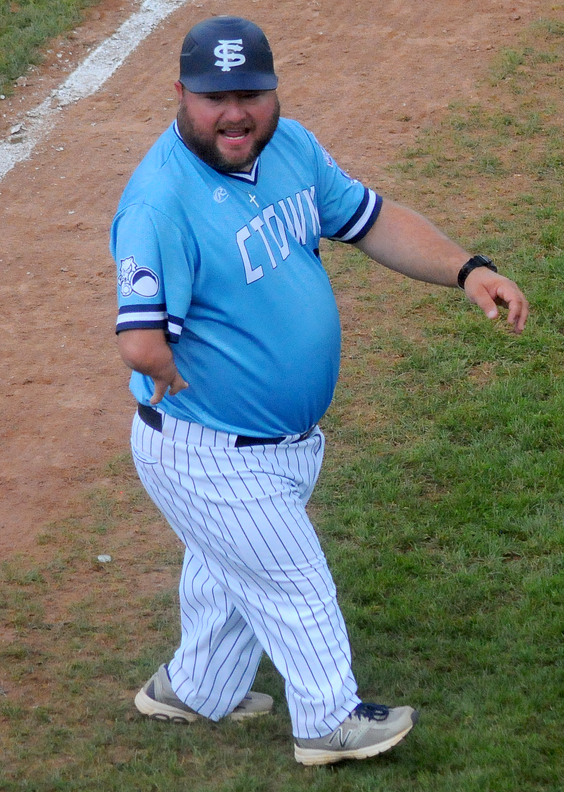 But the Fighting Squirrels’ first national championship in program history was more than just the nifty banner that will likely fly over their field in the Midwest Plains and it was more than the hardware they received, even though Pratt was named the tournament’s most outstanding player.

Yes, Charleston’s story would have been pretty cool, even if it hadn’t found a way to beat an unbelievably talented Alabama team that features prospective Division I college players up and down its lineup.

And that’s because Minner’s life story is so compelling.

After doing a little online search, I discovered that Minner is a 2003 William Woods (Missouri) University graduate who was a pitcher for the Owls after being recruited on the school’s first-ever baseball team.

How’s that surprising, you ask?

Well, according to a story on the William Woods website, Minner has had his share of challenges. His right arm extends only to his elbow and has just three fingers. He’s missing two bones in each leg and his right leg is shorter than his left. He stands 5 feet, 2 inches.

But nobody can measure the guy’s heart.

Minner teaches at Charleston High School and serves as its baseball coach. He’s also the coach of a Babe Ruth program that is no stranger to success. Heck, last year the Fighting Squirrels lost in the World Series semifinals, 1-0, and this week they found ways to win tight games all week, just like the one against the powerful Rawdogs.

That’s a reflection of Minner. To watch him in the dugout and in the third-base coach’s box, it’s clear that his players love playing for him. They ran hard all the time, they played defense, they pitched. They even sprinted after balls that were fouled back to the screen, without being told to do so by an umpire.

And if you think that Minner is only about winning, consider what he did at the conclusion of Charleston’s victory over Williamsport in the semifinals on Friday night. For background, the Fighting Squirrels broke a 1-1 tie in the bottom of the sixth when the Middle Atlantic Region champions’ first baseman dropped a routine throw that would have been the third out of the inning. A run scored on the play and Charleston eventually won.

As the teams shook hands after the game, Minner stopped the young man who committed the error and the two engaged in a prolonged conversation. Well, check that. Minner was doing all the talking.

While the coach was happy his team was advancing to the championship game, he had compassion for the teenager who committed the error.

“I hate that it cost them a game,” he told me afterwards.

Oh, sure, he’s glad the Fighting Squirrels won. He’s also thrilled beyond measure that he’ll be bringing a national championship back to Missouri.

But he’s also a guy that gets it. Banners, trophies and press clippings are nice. Being a man of character is even better.