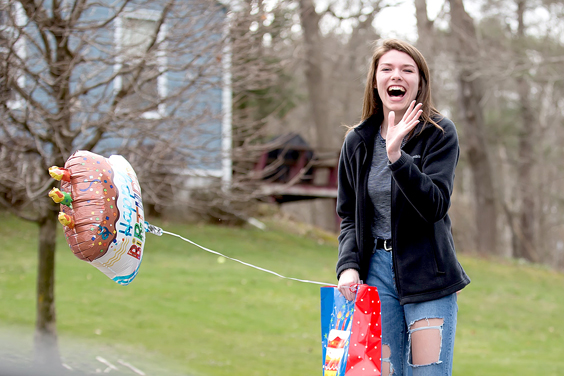 Panama senior Kylie Schnars smiles after she was surprised by the Panthers girls basketball team with a drive-by celebration for her 18th birthday Friday. Photo by Jo Bailey

Jeff Angeletti has long boasted of Kylie Schnars’ positive influence on her teammates.

“In any situation on and off the court, she’s usually uplifting people,” the Panama girls basketball coach said of his senior forward, the Panthers’ leading scorer this season.

“If someone needs a smile on their face, Kylie is the person,” he added.

On Friday afternoon — in celebration of Schnars’ 18th birthday — her teammates and other members of the greater Panama community decided to return the favor.

Spearheaded by assistant girls basketball coach Kristin Irwin and making the best of social distancing measures, nearly 50 vehicles gathered in the lower lot of Panama Central School to begin a procession to Schnars’ house. There, teammates and members of the community conducted a “drive-by” fully equipped with “Happy Birthday” signs, a few gifts and a symphony of honking horns. 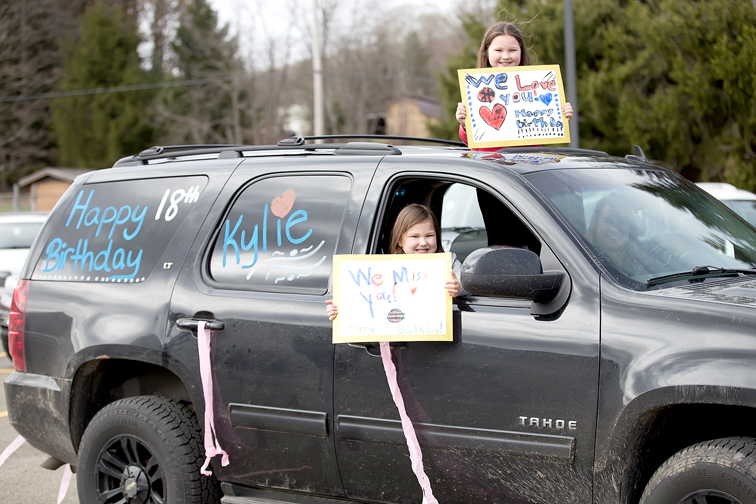 Panama assistant coach Kristin Irwin sits in the parking lot with her daughters Ry-Lea, in the passenger seat, and Ava-Kay, in the sunroof, prior to a drive-by birthday celebration for Panthers senior Kylie Schnars on Friday. Photo by Jo Bailey

To say the Mercyhurst University volleyball commit was surprised would be an understatement.

“This meant so much to me,” she said. “I didn’t think I was going to get to see anyone today other than my parents and my brother. … Coach Irwin is amazing. She never fails to make the best out of anything. The team and I are so blessed to have her in our lives and my teammates are always there for me no matter what and the support from our community is always overwhelming, it’s amazing.”

As for her reaction?

“She just had a huge smile,” Angeletti said. “It was awesome to see.”

“I was so surprised when the sirens turned on in my uncle’s truck and I saw the signs hanging out all the windows,” Schnars said. “Everyone knew this was going on and they kept it from me so well. I had no idea this was going to happen. I was just talking to my grandparents in my driveway and there came all the cars. It just kept on going and going.” 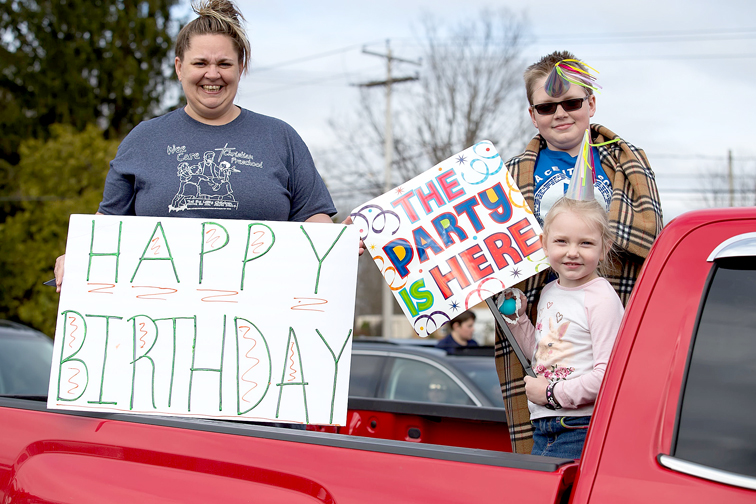 Ashley Hammond, left, is pictured with her children Andrew and Elizabeth in the backup of their pickup truck prior to a drive-by birthday celebration for Panama senior Kylie Schnars. Photo by Jo Bailey

A longtime fixture in the Panthers’ athletics programs, Schnars, like hundreds of other high school seniors across the country, is still struggling with a high school basketball season unfinished and dreams of a state title unrealized due to the outbreak of the novel coronavirus.

“Ky’s hurting … They’re all hurting,” Angeletti said. “This is supposed to be the best times of their lives for their senior year, these last couple months and they’ve been taken away. We all understand why, but it’s tough to see. A lot of memories are made right now.”

“It honestly still seems so unreal,” Schnars said of the premature end to the Panthers’ season. “I’ve definitely been having a really hard time with everything, but I have this whole family that’s had my back through it all.”

According to her coach, that’s gone both ways.

“You don’t get that successful by doing things on your own,” Angeletti said of Schnars. “She’s always been a team player, she’s always trying to put others in front of her and this year, with her as a captain, it was awesome to see. She’s just such a special leader. It’s one of those rare cases that you just don’t get all the time.” 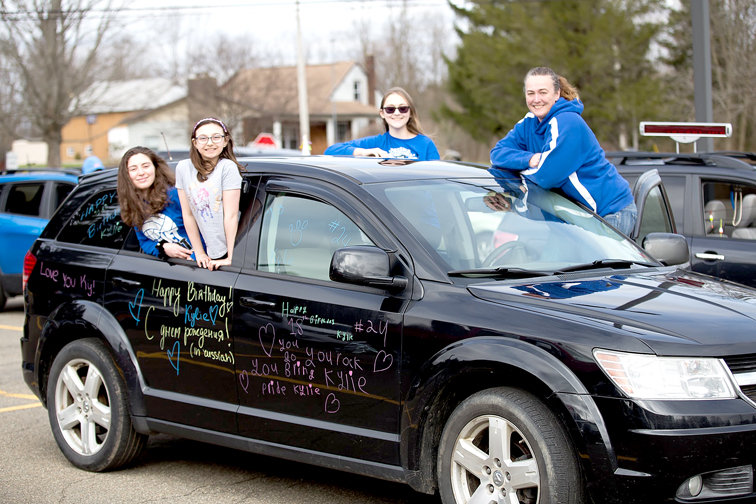 And while Angeletti misses the competition, what he misses most is the camaraderie.

“Who’s to say that we would have beaten (Section V champion) Elba (in the Far West Regional)?” he said. “But it’s just the journey out there to Rochester, the team meals, the bonding.

“It’s a lot more about the journey than the destination.”

Perhaps nothing exemplifies that “journey” more than the smile on Schnars’ face.

“Even though basketball is over, the whole community still loves us and will do anything for us all,” she said. “This was hands down the best birthday I’ve ever had.” 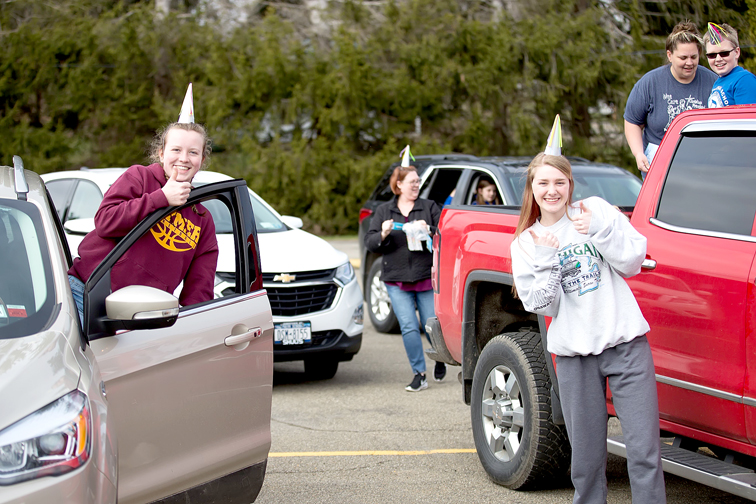 Panama senior Natalie Angeletti, left, and junior Izzi Bailey get ready to get in their vehicles. Photo by Jo Bailey