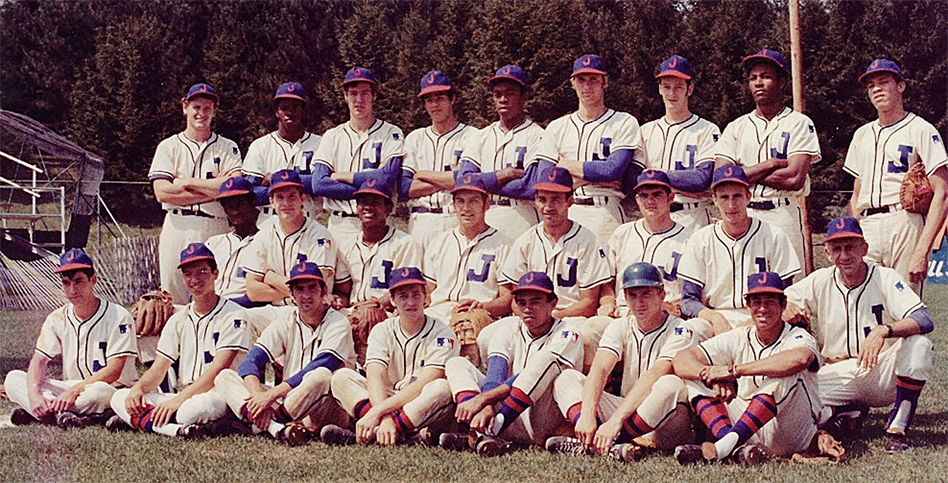 At the close of the 1970 season, Russ Diethrick and his friends at Jamestown Furniture City Baseball had to write larger checks than usual to clear debts. To add insult to injury, Boston Red Sox officials said they would not be back in 1971 because of the poor condition of the stadium’s facilities. Professional baseball in Jamestown might not have returned in 1971 if it were not for the Montreal Expos, a Major League Baseball expansion team in need of a minor league affiliate. As fate would have it, John McHale and Jim Fanning were president and general manager respectively of the Expos. Both had been in the Atlanta Braves front office in 1967 when Jamestown was a Braves farm club. Fanning and Diethrick signed a working agreement for 1971. Diethrick helped raise $50,000 in City of Jamestown funds and College Stadium received renovated dugouts, a new press box and a fresh coat of paint. Fanning promised not to send too many players to Jamestown, a problem during the Boston regime of 1968-70. Unfortunately, the ballplayers Fanning did send were not very good. Under the leadership of manager Ed Sadowski, a former major league catcher, the team finished in the basement of the eight-team NY-P League with a 25-44 record. Jamestown fans were unimpressed with the product on the field. Despite general admission prices of only $.80 for adults, $.50 for children and $.40 for seniors, just under 13,000 partisans made their way to the Falconer Street ballpark, the lowest attendance figure in team history.