Spring Sports In Doubt, Too

The playing fields for area high school teams are ready, but are in jeopardy of being unused this spring because of the coronavirus pandemic. P-J photo by Matt Spielman 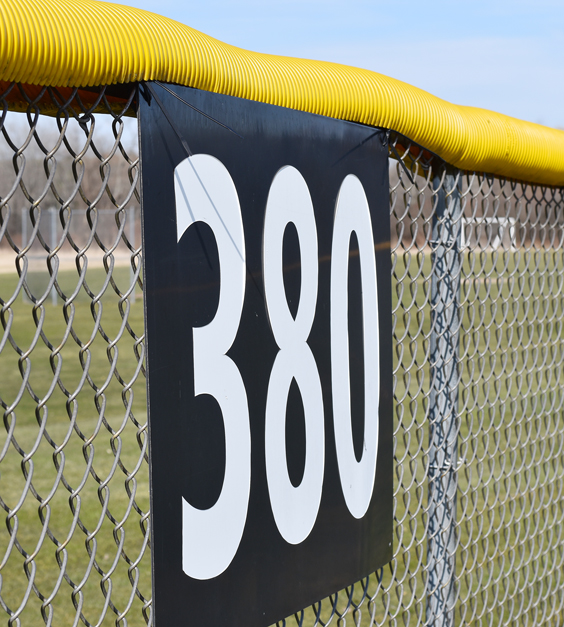 The playing fields for area high school teams are ready, but are in jeopardy of being unused this spring because of the coronavirus pandemic. P-J photo by Matt Spielman

While members of a few winter sports teams are feeling down due to the ends of their seasons being postponed for the time being, there is a growing sense that spring sports seasons may never even begin.

Local school districts made the call Sunday to send kids home — most until April 20 at the earliest — just six days after spring teams were allowed to begin practices.

At Falconer, new head coach Brenin Payne was lucky enough to get the Golden Falcons baseball team on the turf at Bill Race Field five times before the edict was issued.

“We were extremely excited for the season to start. We were on the football field hitting ground balls,” Payne said Sunday evening. “We actually had five good days of practice last week.”

Falconer lost several key seniors off its Section VI Class C championship team from a year ago and head coach Chris Schrader stepped down following the season. Payne, an assistant with that team, took over in Schrader’s absence. 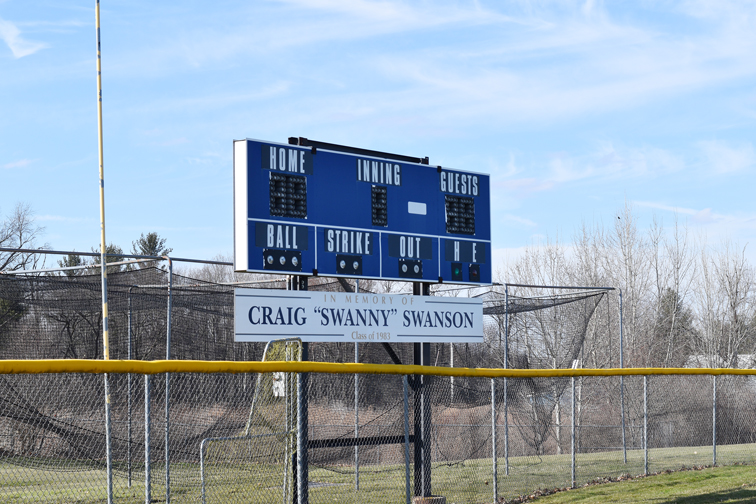 “It’s horrible,” said Payne, whose son Jacob is a senior on the Golden Falcons. “I have seven seniors that I’ve coached since they were like 5 years old. If they don’t get to play their senior year, it will absolutely crush them.

“I wouldn’t know what to do if they weren’t able to play,” Payne added. “I’ve been friends with a lot of their families for years.”

Frewsburg, the team that lost to Falconer in last year’s sectional final at Diethrick Park, also began practice last week before the student-athletes were sent home for the time being.

“We were prepared to play, but in the back of our minds it was more a matter of when we would shut down as opposed to if,” Bears head coach Jay Grann said. “I think a lot of things have to be put ahead of spring baseball. As unfortunate as it is, hopefully we’ll be able to salvage some sort of season.”

Frewsburg returns four seniors, including Aaron Hair who has committed to play for Mercyhurst University after high school.

“I think Senior Day is one of the best games of our season each and every year,” Grann said. “The Bear Trot at the end of the game means a lot. For them to just represent their school in what is usually the last sport of the year, I hope at one point we can resume.”

With pitch counts not as taxing on girls’ arms, it usually can be easier for softball teams to pack a large number of games into a short three or four weeks, but that doesn’t mean there aren’t concerns amongst local coaches.

At Panama, for instance, the Panthers are still waiting on a decision as to whether winter sports championships will be played, which would have an affect on nearly half of head coach Tammy Hosier’s softball team.

“With five basketball players, it makes it tough,” Hosier said Tuesday evening. “We had three practices in the gym with the newer kids and returning players.”

On Friday, the New York State Public High School Athletic Association put out a release stating: “Dr. Robert Zayas, NYSPHSAA executive director, will continue to evaluate the situation and do his best to determine the future of winter championships as soon as possible with input from the membership and Executive Committee. Dr. Zayas is cautiously optimistic the winter state championships will be conducted for our student-athletes. Winter sport teams may continue to practice at the approval of the school district. If and when winter state championships are able to resume, teams will be provided ample time to practice and prepare.

That was two days before schools in Erie, Chautauqua and Cattaraugus counties closed their doors to students for the foreseeable future.

As of Tuesday, NYSPHSAA was still trying to figure out what to do with its winter sports championships.

In a tweet @NYSPHSAA said, “The NYSPHSAA Officers & Executive Director @RobertZayasNY has asked each Section to gather input on the future of the winter championships. Membership feedback will be provided on Sunday evening; decision to be released on Monday, March 23.

“It’s such a tough call. … What do they do? These kids, especially in a small school, they play both (basketball and softball),” Hosier said. “We want what’s best for the kids, but it’s hard to give up one program for the other.”

Ideally, Hosier said, a compromise could be worked out where state basketball playoffs could be worked into one week when schools resume, still leaving time for spring sports seasons.

“Softball was practicing in one gym and the basketball team was in another gym when athletic director Chris Payne told me they canceled the basketball championships. He had tears in his eyes,” Hosier said. “I got choked up and emotional.

“We’re a close-knit school and they’re all friends. Our girls were so concerned and crying for the basketball team,” Hosier added. “It’s overwhelming.”