Priester, 80, Still On The Right Track

In this February 2014 file photo, Tom Priester, right, shakes hands with Dan Lunetta on the night both men were inducted into the Chautauqua Sports Hall of Fame. Photos courtesy of CSHOF 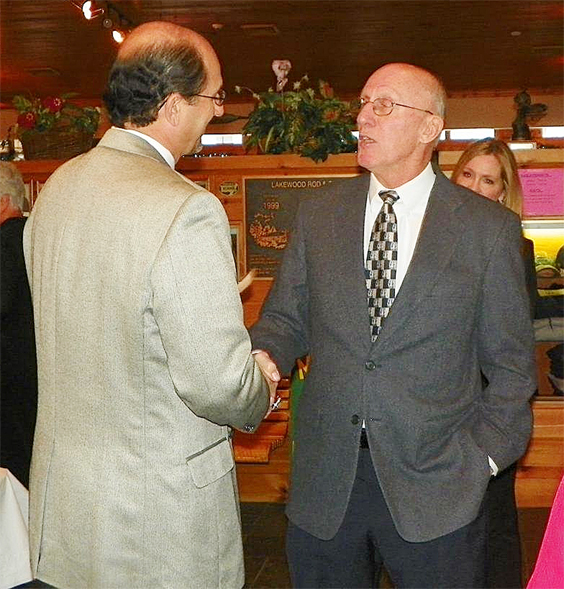 In this February 2014 file photo, Tom Priester, right, shakes hands with Dan Lunetta on the night both men were inducted into the Chautauqua Sports Hall of Fame. Photos courtesy of CSHOF

Upon turning 80 years old last August, Tom Priester had just one goal to celebrate his ascension into the next decade.

He wanted to play basketball.

A frequent pickup-basketball participant, the former Southwestern teacher and cross country coach has relished in the opportunity to continue playing a game he loves with participants half his age.

“It’s not so much the game itself, as much as it is the guys that you play with,” Priester said. “I love the fact that the group of people that I’ve played with over the years, we aren’t hatchet men. We aren’t big-time basketball players, although some of them certainly should be (because) they’re that skillful. They let me play and they’re willing to share the ball so that it makes it fun.”

But, as they say, “all good things must come to an end.” 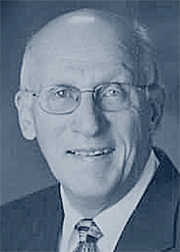 “Thanks to coronavirus, and plus they closed the schools, I have officially retired after 68 years of basketball,” he said with a laugh over the phone Monday afternoon. “It just was time.”

And while his time on the hardwood has come to an end, no end is in sight for his time with the sport he’s spent a lifetime coaching and officiating.

“It’s not just that I like it: it’s who I am,” Priester said of his love of track and field. “I have so many friends across this country just from officiating. It’s great. That’s what we look for as much as the competition, seeing your friends that you don’t see often. You may see them two or three times a year.”

Priester, an official for USA Track & Field since 1985 and a 2014 Chautauqua Sports Hall of Fame inductee, had looked forward to reconnecting with friends in Baton Rouge, Louisiana for the Masters Indoor Championships two weeks ago and was scheduled to travel to Florida State University this weekend to officiate another meet, but the outbreak of COVID-19 caused cancellations of both meets.

“We don’t know if there will be anymore USA Track & Field-sanctioned meets the rest of this year,” he said. “All of the NCAA meets have been canceled, so I lost a couple of those meets. This virus is really raising Cain with athletes — not only scholastic but all over the world.”

“I don’t want to be there if the virus is still around,” he added, thankful that meets have been canceled in light of its spread. “I probably would not go, especially at my age. I don’t need to contract something like that.”

Still, Priester is optimistic that he’ll be able to return to the track once the virus subsides and continue to work in a profession that is still ever-changing, especially with the addition of technology to help aid referees.

“For an official, the fact that they’ve brought in cameras and place them at different places on the track has made a change,” he said, noting that the extra cameras have taken away a lot of the human error.

“I still do my job the way I’m supposed to do it,” he added. “I’ve learned to accept that whatever happens after me, is out of my control.”

As far as Priester — who helped officiate the 2004, 2008 and 2016 Olympic Trials — is concerned, he’s just grateful for the opportunity to continue doing what he loves no matter what age he might be.

“It’s a blessing,” he said. “You have to apply to these meets and to get selected, evidently, you’re doing something right. It’s just a great feeling to know that you are as good as anybody in the country.

“It’s kind of mind-boggling for a guy who came from North East, Pennsylvania.”