Ken Ricker, seated right, talks to his Dunkirk team during a Chautauqua-Cattaraugus Athletic Association Division 1 West basketball game at Southwestern earlier this season. After guiding the Marauders to a 24-1 record, Ricker has resigned and will take over the women’s program at Jamestown Community College. P-J photo by Matt Spielman

Ken Ricker has compiled a 176-43 record during his tenure as a girls varsity basketball coach at Jamestown and Dunkirk high schools. P-J file photo 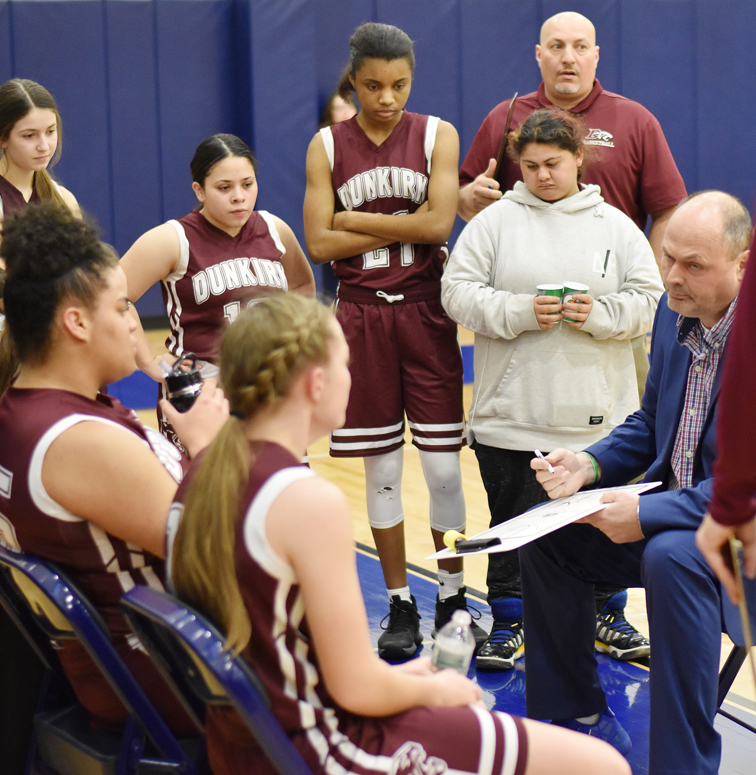 Ken Ricker, seated right, talks to his Dunkirk team during a Chautauqua-Cattaraugus Athletic Association Division 1 West basketball game at Southwestern earlier this season. After guiding the Marauders to a 24-1 record, Ricker has resigned and will take over the women’s program at Jamestown Community College. P-J photo by Matt Spielman

Weeks after guiding Dunkirk High School to its most successful girls basketball season in more than a quarter century, Ken Ricker is ready to take the next step in his hoops career: He is now the women’s coach at Jamestown Community College.

The announcement was made Monday by Jayhawks’ athletic director George Sisson.

“Obviously, we’re excited having Ken join the women’s basketball program here at JCC,” Sisson said. “He has accumulated a lot of years of experience in being a coach at the high school level and demonstrated a lot of success building a program and sustaining a program.”

Ricker, 49, succeeds Travis Wells, who resigned as the women’s coach earlier this month.

“We had a pretty solid pool of candidates and I had an opportunity to interview a handful of them,” Sisson said. “I would basically say we didn’t have a bad candidate we interviewed. … We just felt Kenny had the most checkmarks in some of the priority entities that we were looking for in our search. We are very happy that he was available and that he has accepted this position.” 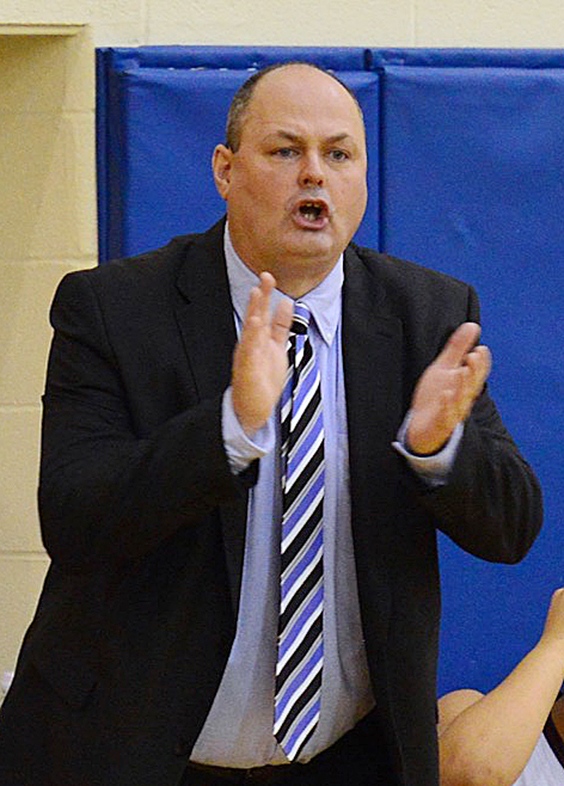 Ken Ricker has compiled a 176-43 record during his tenure as a girls varsity basketball coach at Jamestown and Dunkirk high schools. P-J file photo

Ricker’s record on the bench speaks for itself.

Most immediately, he directed the Marauders to a 24-1 record this season, a run that included a Section VI Class B1 championship game victory over Iroquois and a Class B crossover victory over Southwestern that earned them a berth in the Far West Regional. Unfortunately for Ricker and his team, the remainder of the New York State Public High School Athletic Association tournament was canceled Monday due to the coronavirus pandemic.

“I’m the proudest high school coach in the state,” said Ricker, who resigned as the Dunkirk coach earlier Monday. “I’m sure of it. I’m so proud of my kids, of Section Six … and now I’m the proudest college coach as I walk in and don the green and gold.”

“The program is going to be all about hard work and playing fast,” Ricker said.

That’s been his modus operandi his entire coaching career, which began when he was an assistant for former Jamestown CC men’s coach Ken Carrillo during the 1992-93 season.

“He saw something in me that I didn’t see in myself,” Ricker said.

Upon leaving Jamestown CC, Ricker served as an assistant for two years at a high school in Tucson, Arizona; returned to Western New York to complete his education, graduating from SUNY Fredonia in 2001; and was an assistant to Jamestown High School boys varsity coach Ben Drake for three seasons.

Ricker took over the Jamestown girls program for the 2004-05 season and continued until midway through the 2011-12 campaign during which he compiled a 141-31 record, claimed three Section VI Class AA championships and recorded five Erie County Interscholastic Conference Division 1 titles.

Ricker’s varsity coaching tenure at Jamestown ended, however, in January 2012 after an on-court incident involving one of his players. In an effort to get her to leave the court after she was assessed a technical foul, he pushed her toward the bench. Days later, Ricker, who now teaches at Persell Middle School in Jamestown, resigned.

Although he didn’t get another varsity basketball head coaching job in the district after that, Ricker still stayed in the game in various coaching capacities, including his very successful Jamestown Elite AAU team.

Before Monday’s announcement, Ricker left his mark during his two years in his native Dunkirk, too. With longtime assistant Bill Canfield at his side, Ricker guided the Marauders to an 11-11 record in the 2018-19 season, exceeding the win total of the previous two years combined. And then this season, led by a talented senior class, the Ricker-Canfield combination had Dunkirk believing that a state championship was a real possibility.

“The record is great, but so many people contributed to that, especially Coach Canfield and his commitment to me and everything that goes with it. I’m excited he’s going to come with (as an assistant). … Bill has given two years of his life as a volunteer and not received a cent. … I called him when I was going to take the Dunkirk (job) and told him, ‘I can’t do this without you.'”

When the opportunity arose at Jamestown CC over the weekend, Ricker felt the same way about bringing Canfield along yet again.

While recruiting will begin immediately, the married father of three said selling a student-athlete on what Jamestown CC has to offer won’t be difficult.

“I think it’s going to sell itself, and it should,” Ricker said. “It’s always going to come with consistency. We just want to work hard and give everything we have to the kids.”