Clymer/Sherman/Panama Bumped Up A Classification 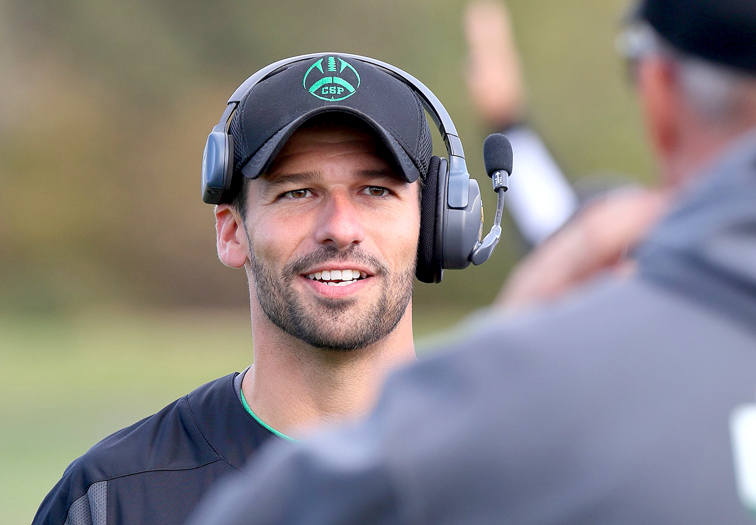 Clymer/Sherman/Panama head coach Ty Harper has led the Wolfpack to back-to-back NYSPHSAA Class D championships. Now Harper and his team will have to compete in Class C. P-J file photo

If Clymer/Sherman/Panama is going to three-peat as a New York State Public High School Athletic Association football champion next fall, the Wolfpack will have to do it in Class C.

After repeating as Class D champions the past two seasons, Section VI confirmed recently that Clymer/Sherman/Panama will have to compete in Class C for the 2020 season.

Wolfpack head coach Ty Harper, as well as athletic directors and administrators from all three schools involved with the merger, met with a Section VI Competition Committee last Wednesday where they were told that due to statistical data, including margin of victory and number of returning players, the “dominance clause” would be invoked to move Clymer/Sherman/Panama into Class C.

The move up in class for a combined team is not without precedent.

Maple Grove/Chautauqua Lake, which played Class D football for its first combined season in 2013 and Class C for its final two in 2014-15, was faced with a decision prior to the 2016 season of either moving up to Class B competition or splitting its merger and each school returning to its previous class based on individual BEDS numbers. 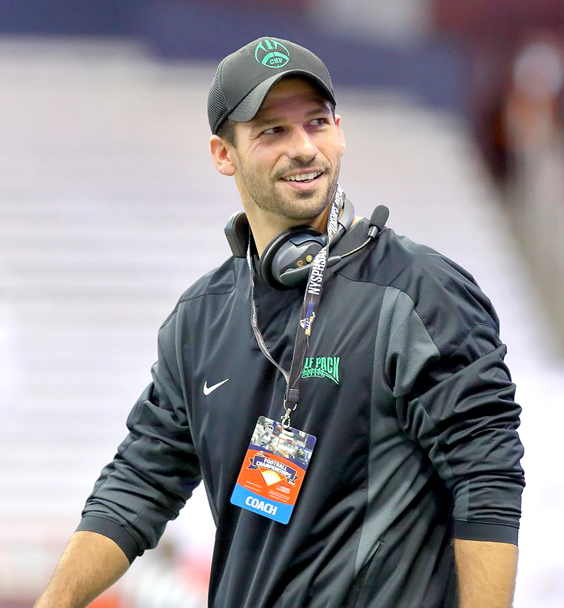 Clymer/Sherman/Panama head coach Ty Harper has led the Wolfpack to back-to-back NYSPHSAA Class D championships. Now Harper and his team will have to compete in Class C. P-J file photo

The Thunder Dragons lost the Section VI Class D title to Randolph in 2013 before beating Southwestern and Bennett for back-to-back Section VI Class C crowns in 2014 and 2015, respectively. In 2014, Maple Grove/Chautauqua Lake lost, 27-0, to eventual champion Chenango Forks in the state semifinals before the Thunder Dragons lost to Bath Haverling, 16-8, in the Far West Regional the following year.

That success prompted Section VI to cite the “dominance clause” and leave a decision up to head coach Curt Fischer and the powers that be on Dutch Hollow Road – either move up to Class B or dissolve the merger and return to each school’s previous classification.

More recently, the Franklinville/Ellicottville football merger has been affected by its own successes. Along with West Valley, their merger began in 2014 and the Titans had immediate success, losing to Randolph in the Section VI Class D final at New Era Field. The following season, Franklinville/Ellicottville won the sectional crown before losing to Bishop Kearney in the Far West Regional.

Despite losing a strong class of seniors, that was enough success for Section VI to invoke the “dominance clause” on the Titans, moving them up to Class C competition for the 2018 season. They finished 5-4 and missed out on the Class C postseason before moving back down to Class D for the 2019 season.

In an unrelated decision Monday morning, Section VI decided to delay its implementation of a return to league-based alignments for the 2020 high school football season after an appeal filed by the Buffalo Public Schools late Friday.

Beginning in October, Section VI began a process to return football to league-based play, regardless of class, which is the norm for the overwhelming majority of sports teams in the section, including more than 10 of the Buffalo Public Schools’ other interscholastic sports teams.

According to a Section VI statement released Monday, “there have been long-standing issues raised by Section VI members about the negative impacts of the federation-based alignment for high school football, such as excessive travel time and costs, lack of consistent league rivalries and scheduling difficulties.

“The decision to return high school football to league-based play was carefully considered and followed a transparent process through which all Section VI members were provided opportunities for input. Returning high school football to league-based play would reduce travel time and costs for the 63 football teams in Section VI, and would also enhance league rivalries, increase the significance of games for playoff eligibility, foster increased attendance and facilitate long-term scheduling,” Adam Stoltman, Section VI football president, said. “Nonetheless, the section values the perspectives and concerns that have been presented by the Buffalo Public Schools as a continuing Section VI member. The Executive Committee believes that this morning’s action to delay any implementation of the return to league-based play will provide an opportunity to engage in an ongoing, meaningful dialogue with the BPS as well as the section’s other members, and to ultimately ensure that a return to league-based play addresses the concern of the BPS while enhancing the opportunities and experiences of the student-athletes who participate in high school football within the section.”

The biggest local takeaway from Monday’s decision is that Clymer/Sherman/Panama, despite being a Class C program, was still going to play several Class D schools in a Chautauqua-Cattaraugus Athletic Association league before Monday. Now, the Wolfpack will likely play in a league very similar to Class C South of the past several seasons. 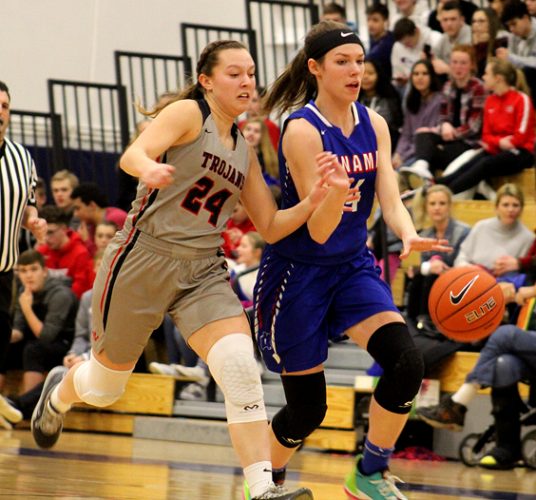 From having a top 400-meter time in the Chautauqua-Cattaraugus Athletic Association to being a member of a ...