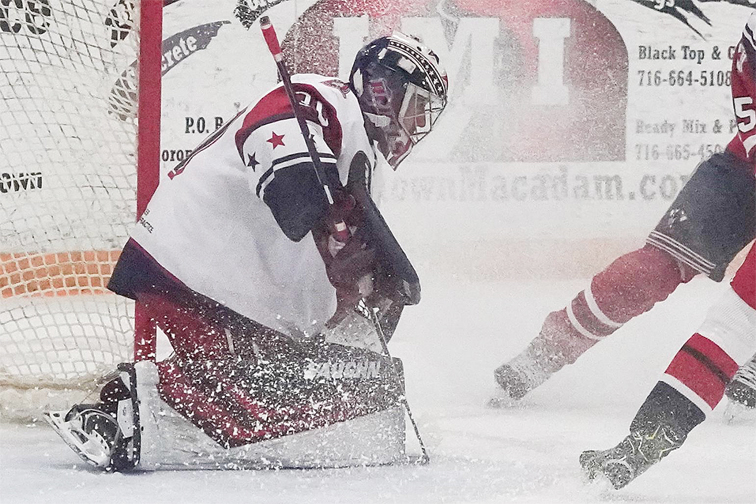 A day after being shut out, 7-0, the Rebels responded late to improve their record to 12-23-1-2. Scoring third-period goals were Jordan Cormier, assisted by Eric Olson and Nick Siffringer; Siffringer, assisted by Olson and Ryne Mohrman; Noah Finstrom, assisted by Valerii Rykov and Spencer Cosway; and Brett Morich, assisted by Zach Brydges.

Jamestown opened the scoring with Olson’s power-play goal at the 17:07 mark of the first period, assisted by Renars Karkls and Finstrom. The Tomahawks (22-11-2-2) tied it at 18:51 of the first, also on the power play, as Tristan Poissant found the back of the net on helpers from Spencer DenBeste and Max Kouznetsov.

Finstrom put Jamestown up, 2-1, with a goal at the 3:15 mark of the second on assists from Cosway and Rykov. It stayed that way until early in the final period when the Rebels put the game away.

Jamestown is back in action this weekend when it entertains Wilkes-Barre/Scranton Friday and Saturday at Northwest Arena. Puck drop is 7:05 each night.