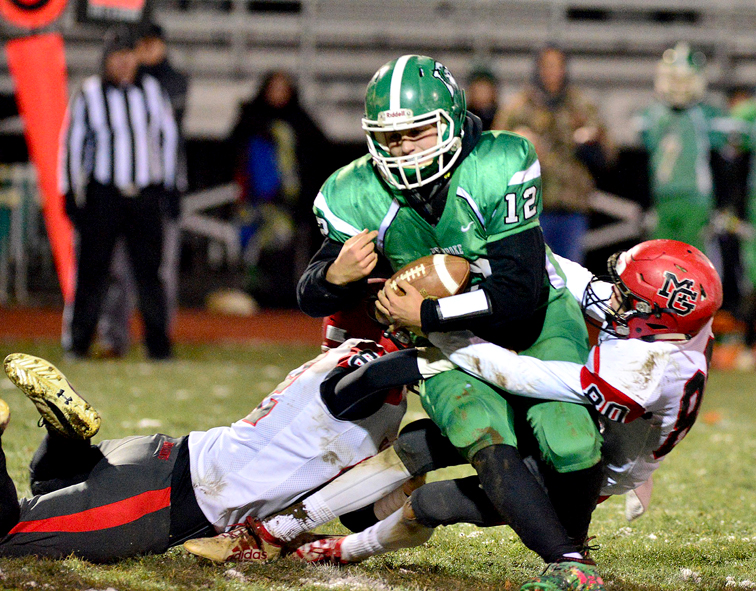 PEMBROKE — Maple Grove didn’t even know it would be playing eight-man football until the first week of the fall sports season.

Now the Red Dragons will play for a championship.

Ayden Reagle ran for 109 yards and two touchdowns, and also caught three passes for 78 yards as No. 3 Maple Grove beat No. 2 Pembroke 44-30 in the semifinals Friday night.

Jackson Gowan completed seven passes for 142 yards and a touchdown while also running for 92 yards and a pair of touchdowns for the Red Dragons. Cade Egan caught three of those passes, including the touchdown, for 61 yards.

The Red Dragons will take on the winner of tomorrow’s game between No. 1 Oakfield-Alabama/Elba and No. 4 Frewsburg to determine the region’s eight-man football champion.