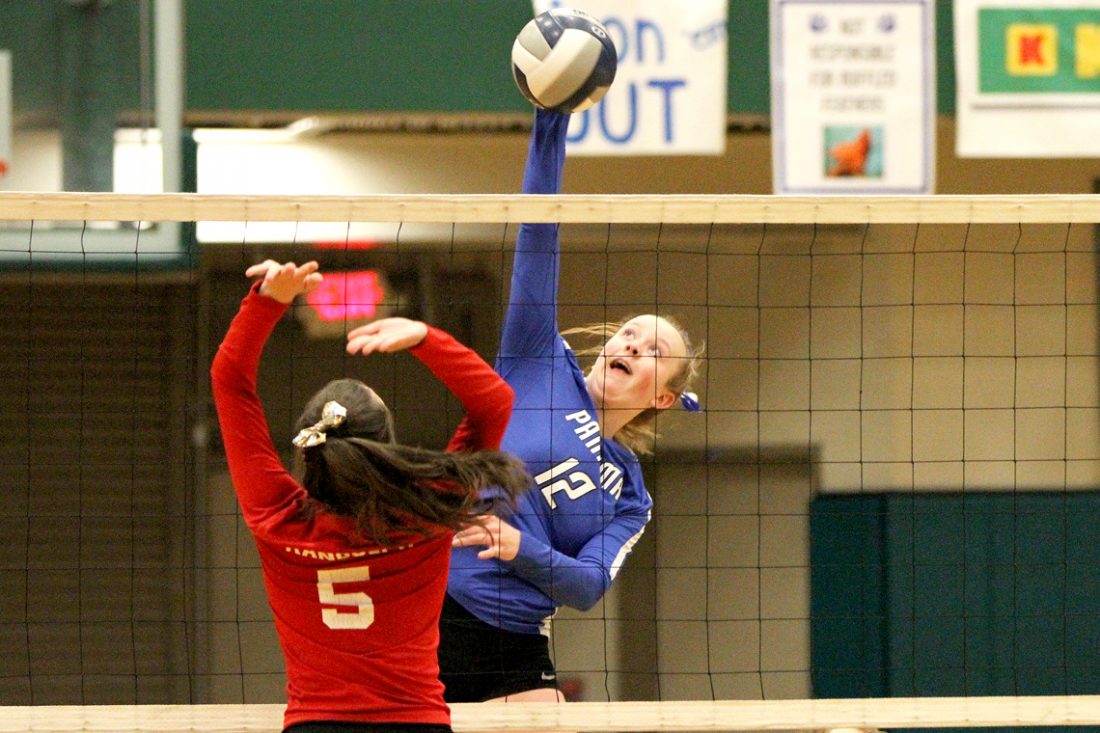 As it turned out, Panthers head coach Tammy Hosier was close to calling a timeout of her own.

She was as disappointed in her team as she has been all season.

Panama eventually scored six straight points late in the third set and completed a 3-0 sweep of the Cardinals to advance out of Section VI for the fourth straight year in the Class D crossover at Jamestown Community College’s Physical Education Complex. 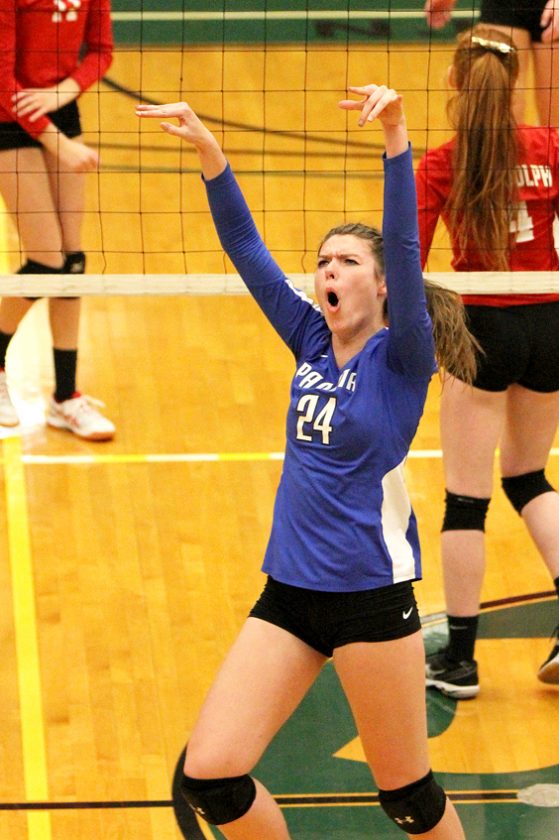 “Even though we were ahead, I was ticked,” Hosier said. ” … Everybody has their roles and we needed to play together.”

By virtue of their 25-21, 25-11, 25-20 victory, the Panthers secured a date in the New York State Public High School Athletic Association Class D Far West Regional set for 3 p.m. Sunday at Daemen College against a Section V champion that has yet to be determined.

“Honestly, I felt like we played nervous,” Hosier said. “You get to this venue and you have kids who haven’t played (a lot) in this venue. They know what this game means and they know what they want.”

For Maycock, the loss marked the final night on the sidelines after a remarkable 33-year coaching career during which her teams won three Class D state championships.

“They were ready to go,” Maycock said of her team, “but you have to dig deep and find something extra.” 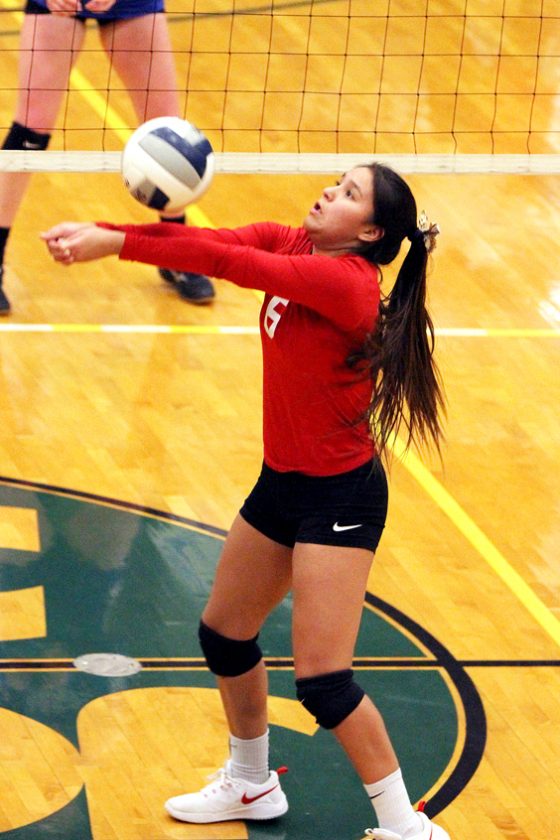 The match turned on a 13-point Panama run early in the second set.

Marra Hovey started the run with five aces in a span of six points to take a 7-1 lead. Kylie Schnars followed with four blocks and a kill during another 6-0 run as the Panthers went up 14-1.

“Marra’s got a wicked serve,” Hosier said. “When she can run them together and we have Kylie up there in the front row blocking, that gave us the momentum that we needed at that point.”

“I think we build off of each other,” Panama senior Natalie Angeletti added. “When one person starts doing well, we just feed off of it.”

The closest the Cardinals would get the rest of the way was nine points and Angeletti finished off the 25-11 set with a kill. 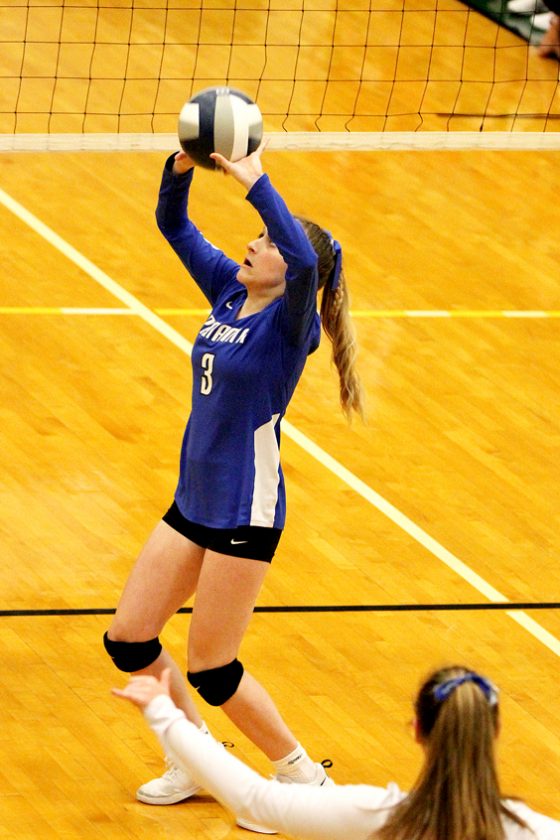 “We had a game plan to tip, but it seemed like we forgot about it,” Maycock said. “I told them they couldn’t hit one-on-one with (Schnars). … We lost focus for a while.”

Randolph pulled ahead early in the third set, but could never distance itself from the Panthers, who have played in three straight state Final Fours and won the 2016 state title.

“We lacked the confidence to go right at them,” Maycock said. “You can’t let one play affect the next four or five. You can’t let that happen in volleyball.”

With Panama leading 15-14, Mandy Brink took to the service line and strung together six straight points that included an Ashlyn Harvey kill and three more kills from Angeletti.

“Natalie was hitting hard,” Hosier said, “and we needed to get her the ball.”

“(Schnars) is a dominant player. … Their middles are strong. Their setting is strong,” Maycock said. “They are a very strong team. You have to be on top of your game from the start to the finish to beat them.”

The Cardinals got the margin down to four multiple times down the stretch, but the Panthers eventually put the set and the match away when Randolph’s final service opportunity of the night was sent into the net.

“It’s really easy to forget what got us here,” Hosier said. “Going forward we need to remember that we got here as a team. Without everyone, we’re not going to go further.”

Now Panama will wait for a Section V representative to meet them Sunday afternoon in suburban Buffalo. Hammondsport beat Bloomfield 25-20, 25-21, 20-25, 19-25, 25-21 on Tuesday night and will take on Harley-Allendale Columbia on Thursday at Canandaigua for the overall Class D title.

“The sense of urgency is definitely there more than it has ever been,” Angeletti said. “We really want this really bad.”

NOTES: Angeletti and Schnars each had 13 kills with Angeletti chipping in eight digs and Schnars having seven blocks. … Maddie Johnson had 28 assists, Harvey had six kills and Brink had nine digs. … Alyssa Adams and Brynn Pagett each had seven kills while Mya Abrams had eight assists and Eve Adams had six assists for Randolph.