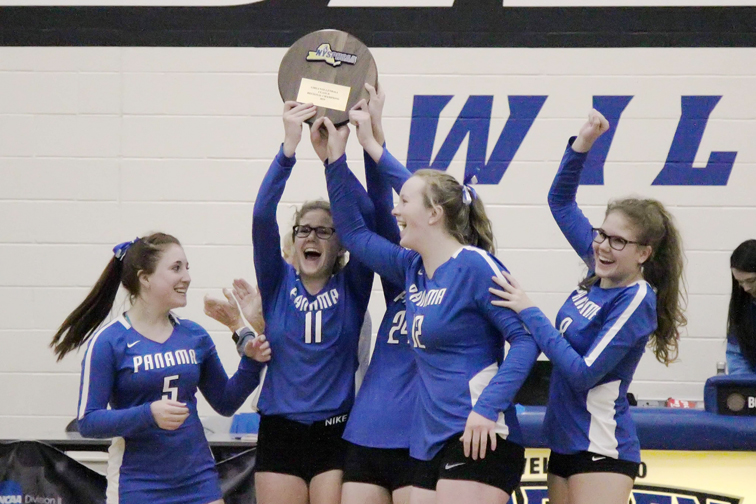 AMHERST — Organized offense was hard to come by Sunday afternoon at Daemen College.

In fact, Panama’s prettiest point was definitely its last.

“They are very hungry to get back to states and not be the Class D runnerup,” Panama head coach Tammy Hosier said postgame. “We have a week to work on that.”

Panama will open pool play Saturday morning at 8:30 a.m. inside Cool Insuring Arena. Joining the Panthers in the Class D tournament will be Section I Haldane, Section II Galway and Section IV Candor. 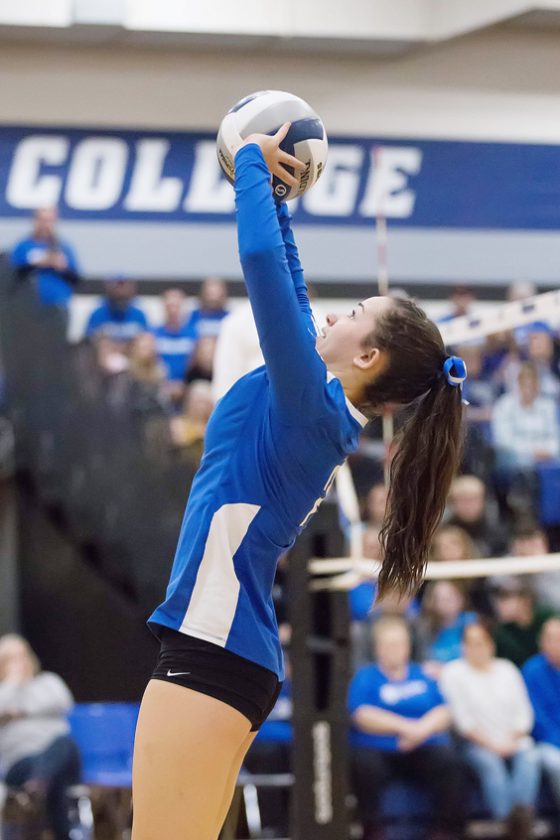 “It’s states, every team deserves to be there. They are going to work just as hard as we’re going to,” Panama senior Kylie Schnars said. “There are going to be some good teams there. We’re just going to have to play our game.”

Sunday’s victory was not a typical Panama win with Angeletti and Schnars dominating at the net.

Instead, the Panthers used some strategic service to take advantage of one of the Wolves’ weaknesses — serve receive.

Freshman Mandy Brink was the main beneficiary of this tactic, picking up 15 service points, including four aces, while senior Alexis Finnerty had three aces and Angeletti had two aces. Junior Maddie Johnson and senior Ally Finnerty also chipped in an ace apiece.

“Watching film … short serves were wide open,” Angeletti said. “We knew we had to take advantage of that and Mandy did an amazing job.”

Angeletti led Panama with 18 kills to go along with nine digs and three blocks while Schnars had 11 kills with four blocks. Brink had eight digs; Ally Finnerty and junior Marra Hovey each had seven digs; and Johnson had 30 assists in the win.

Panama took the first-set lead for good with Johnson at the service line. Her lone ace gave the Panthers a 4-3 lead, which grew to 6-3 after an Alexis Finnerty spike and a Harley-Allendale Columbia hitting error.

“It was a little sloppy,” Angeletti said of the start. ” … I think we were so psyched up with the possibilities … that we got a little shaky.”

The lead continued to grow until junior Ashlyn Harvey actually sent a poor pass over the net and it fell in for game point.

“We really did not play Panama volleyball,” Hosier said of the first set.

“We were all a little nervous,” Schnars added. “It took us a minute to get into our groove.”

Panama took control of the second set during its second rotation with Brink on the service line. Taking over with a 17-15 lead, Brink used a soft, short serve to pick up three straight aces and a 20-15 lead.

“Their serve-receive was not the best,” Schnars said. ” … Mandy’s serving was amazing. She did what she needed to do.”

Schnars eventually put down a kill to make it 24-20 and the Panthers won when the Wolves sent a return into the net.

The third set was the most competitive, with Harley-Allendale Columbia leading as late as 19-18. A Schnars kill gave service back to Panama and Angeletti followed with a block and a spike to make it 21-19.

“They do a great job when they get down of working together to get back into it,” Hosier said. “Somebody usually comes up with a big play and gets that momentum back.”

An ace from Alexis Finnerty eventually made it 23-20 before Angeletti finally put the match away with her 18th kill of the evening.