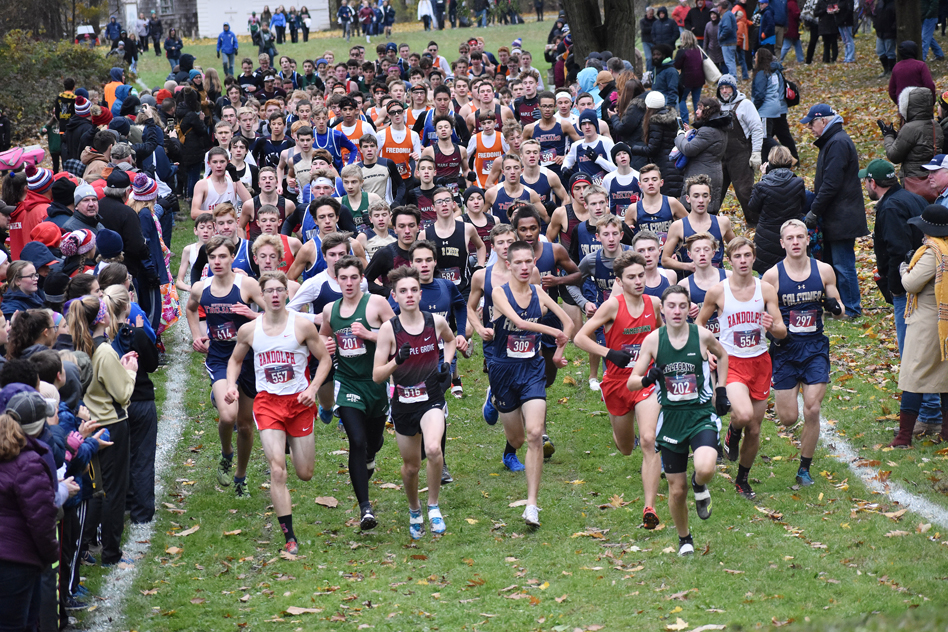 ELLERY — Ava Crist decided to join the Maple Grove cross country team as a seventh-grader because she knew some of the older girls on the team.

Ronan McDonald became a runner at Randolph, following the lead of his older sister, who was a member of the Cardinals’ track & field squad.

To suggest that the pair made the right decision years ago would be a decided understatement. 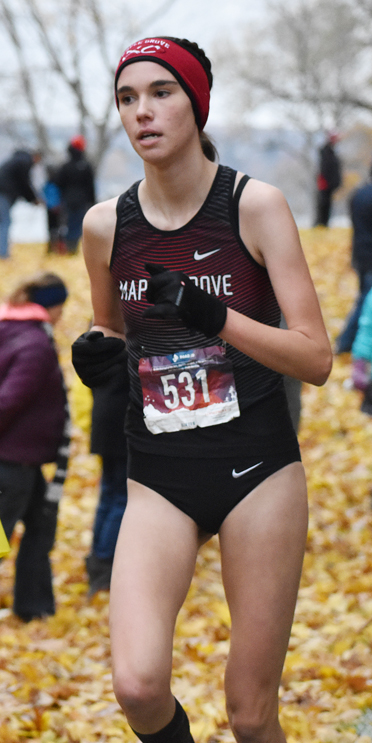 Meanwhile, in team competition, Falconer/Cassadaga Valley won the boys race with 53 points, two more than Southwestern and seven more than third-place Maple Grove, while the Lady Red Dragons captured the girls race with 48 points, followed by Clymer/Sherman/Panama with 71 and Silver Creek/Forestville with 133.

For Crist, running at Long Point is second nature. Between regular-season meets, summer practice sessions, the annual Red Dragon Invitational and the CCAA Championships, she figures she has toured the 3.1-mile layout at least 100 times in her career.

“I know this course so well,” she said.

That helped when she encountered “super-duper” mud on the back half of the course.

“But we have very long spikes, which I think helped me a ton,” she said. “Training through the mud is going to help us moving forward.”

“It means a lot, coming out against all the good competition,” he said. “To come out on top twice means a lot to me.”

McDonald’s journey to the top of his favorite scholastic sport came after spending a portion of his youth enjoying mountain biking.

“My sister pole-vaulted in track, so I figured I might as well start running,” he said. “Then I joined cross country and became good friends with a lot of older (kids) on the team, so I stuck with it.”

One of his pals was former Cardinal, Matt Evans.

Asked if he still stays in touch with his Evans, McDonald said he did and he planned to text him to let him know how things went at Long Point State Park yesterday.

As has been the case for most of the last two month, it went splendidly well.