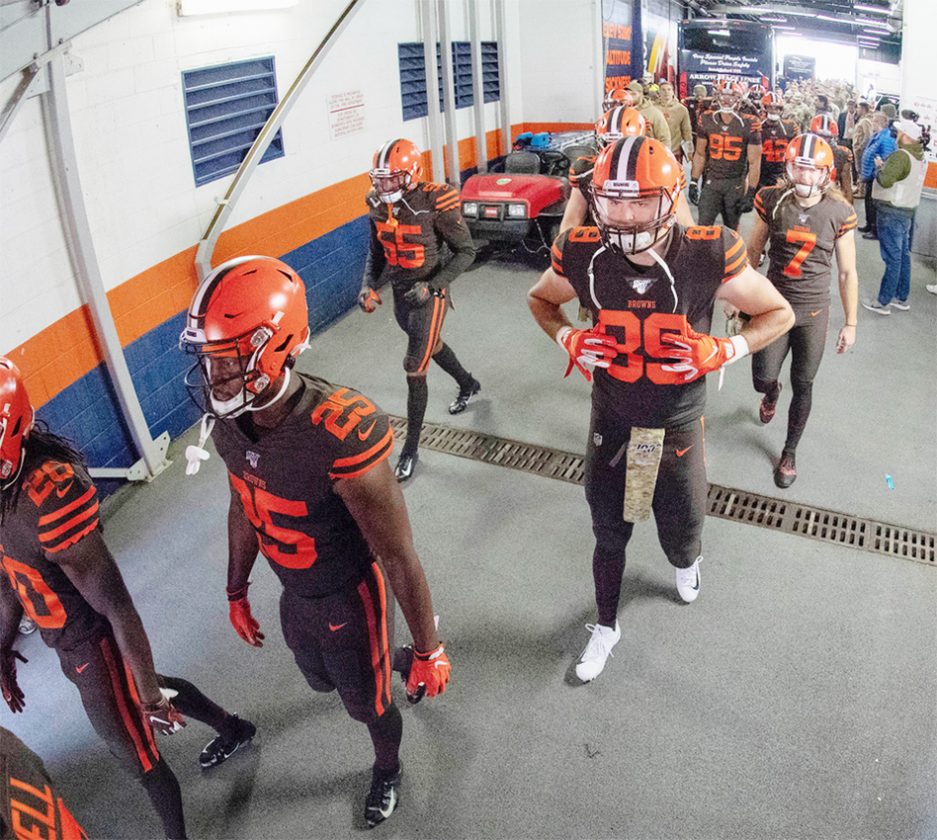 Cleveland Browns tight end Stephen Carlson (89) expects to be active for the second straight week when the Browns host Buffalo on Sunday. Photo by Jamie Schwaberow

A little more than 90 seconds into last Sunday’s game at Empower Field at Mile High, the Cleveland Browns huddled up for their first offensive play at their own 17-yard line.

“I kind of knew leading up to the game that that was the play we were going to run,” Carlson said. “I was going to be out there to start the game. It was a good, little wakeup call. … I came crashing down on a 300-pound nose guard. It made my head ring a little bit, but it was a good opening to my NFL career. It got me ready for the rest of the game.”

For those who scanned the stat sheet after Cleveland’s 24-19 loss to Denver, Carlson’s line didn’t jump out as he was targeted just once, but the pass from quarterback Baker Mayfield fell incomplete.

Still, Carlson felt he played well in his regular-season debut after being activated from the practice squad two days before. 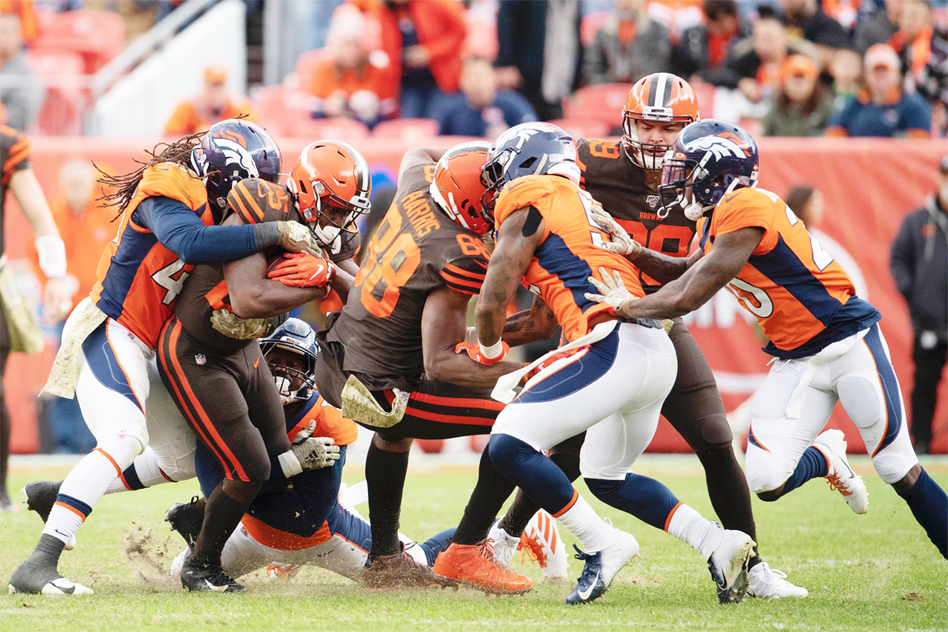 “The coaches basically just said (that I) did a good job,” he said.

Apparently, he’ll have a chance to do it again this Sunday when the Browns entertain Buffalo at FirstEnergy Stadium.

While the Jamestown native said he’s not sure what his role will be against the Bills, he expects to be active for the second straight week.

When Carlson signed with Cleveland as an undrafted free agent at the end of April, it was the realization of one goal. His second milestone came at the end of August when the Browns assigned him to the practice squad. His third goal was achieved when he was activated to the 53-man roster before last Sunday’s game against the Broncos.

The 2015 Jamestown High School and 2019 Princeton University graduate had a chance to reflect on his whirlwind professional journey once the team arrived in Denver late last week.

“I had time to sit and think about stuff,” he said Friday afternoon. “The thought definitely crossed my mind, like, ‘Look how far I’ve come.’ Not that I shouldn’t be here, but that I’m good enough to be starting in the NFL and block these guys on the other side of the field.

Carlson’s continued upward trajectory this season has been helped by having to block Pro Bowl defensive end Myles Garrett in practice.

“It’s been good for me,” he said. “Coming into the league as a rookie and going against one of the best defensive ends in the league every day in practice I think has really helped me grow from a blocking standpoint.”

Catching passes has never been an issue. A two-time first-team all-state selection in high school, Carlson amassed more than 1,900 yards receiving for the Red Raiders and another 1,632 yards on 125 receptions during his time at Princeton.

So when Mayfield dropped back to throw early in the second quarter last Sunday, he saw Carlson open on the left side of the field, but the pass was incomplete.

“I definitely didn’t run a great route,” Carlson said, “but it was something I’d never really run before. … Once one of the tight ends went down, I had to step up and do a few things that I hadn’t really done in a while. … Even though I played well for the most part in the game, there were a few plays here and there I should have done better, but since I haven’t done it in a while, it wasn’t as precise as it should have been.”

Carlson said facing the Bills tomorrow afternoon will be a “cool” experience.

“I almost wish it was (at New Era Field), because I think more people (from the Jamestown area) would be able to get to the game, and I wish it was in Buffalo, because that’s where we played some of the state playoff games in high school,” he said. ” … I think I still have a lot of family coming to the game. It will be cool because I grew up watching the Bills. I wasn’t necessarily a die-hard Bills’ fan, but I knew a lot of the players and coaches from seeing them on TV, so it will be cool seeing them from a different perspective now.”

Carlson isn’t sure how much he’ll be on the field, but acknowledged it will be a “pretty good rotation” of tight ends.

So far in his football career — from Strider Field in Jamestown, to Powers Field at Princeton, to FirstEnergy Stadium in Cleveland — Carlson’s patience has served him well.

“When I was thinking about the game (last week) and what I had to do, just the fact I’ve been consistent since JHS football, that gives me a calming sense that I’m able to go out there on Sundays and play with the best of them, just because I’ve consistently been doing the work over the years and it’s all built up to these moments.”