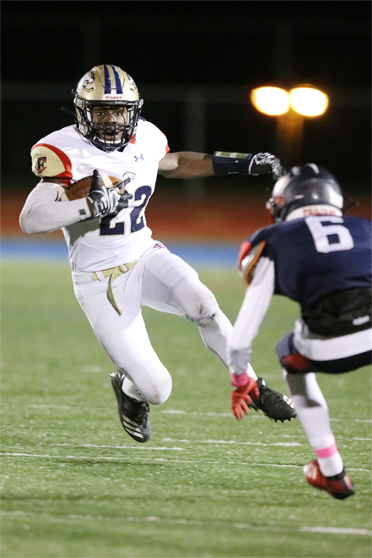 The Southwestern Trojans continued to roll on Friday night at Charles A. Lawson Field, picking up a 41-8 win over Cassadaga Valley/Falconer in Class C South action.

Gavin Dewey opened things up for the Trojans (7-0) with an 8-yard scoring run in the first quarter, which was followed up by touchdown runs of 24 and 23 yards by Tywon Wright, who finished the game with 152 yards on 11 carries.

Conrad Thomas rushed three times for 59 yards, scoring from 31 yards out while quarterback Aidan Kennedy scrambled for a 4-yard score as well in the win.

Southwestern’s final score of the game came when Garrett Swan hauled in a 50-yard throw by Austin Rott.

“Our offensive line and our run blocking was great,” said interim Southwestern coach Jake Burkholder. “We had six total turnovers, which is what we are always looking for. Our goal is always to win the turnover battle and we were able to do that tonight.” 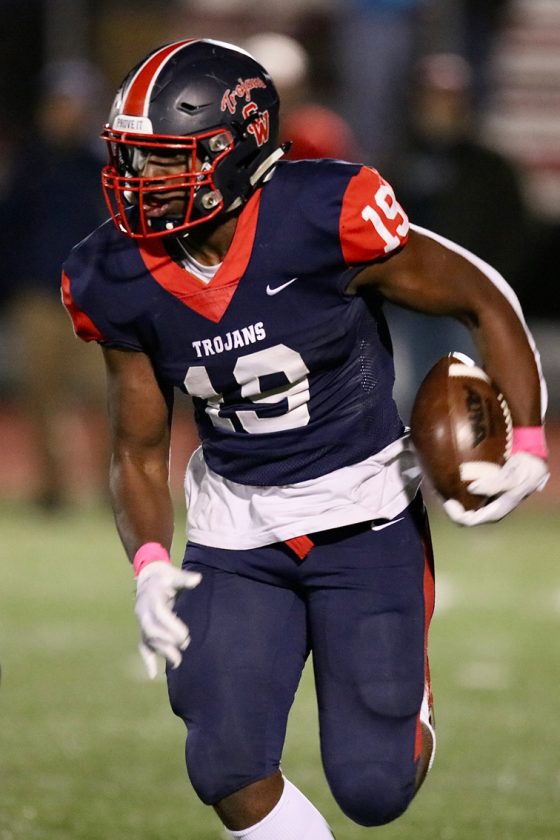 The Trojans recovered three fumbles and picked off three passes. 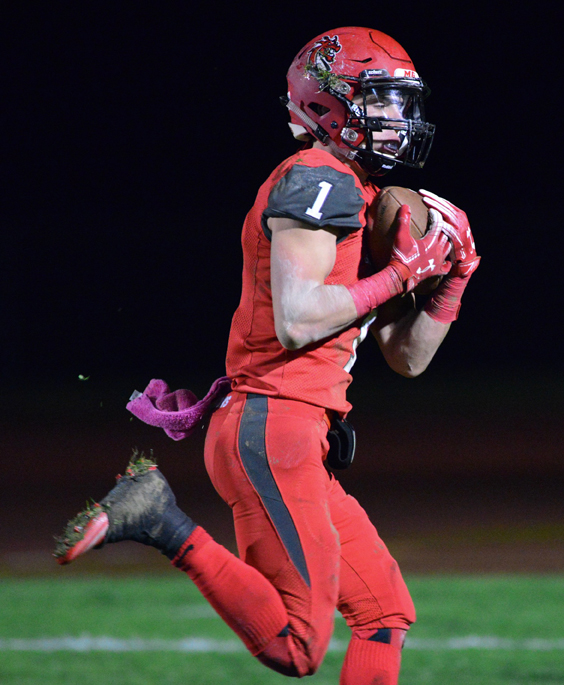 SALAMANCA–Franklinville/Ellicottville (7-0) was a 49-6 winner over Salamanca (3-4) in Class D action.

Logan Frank ran for three scores and threw for another two to lead the winners, with his first of the day going for 14 yards to Niklas Logel.

Frank also hit Clayton Rowland on a 19-yard toss and had TD runs of 2, 28 and 34 yards, finishing with 175 yards on the ground and another 86 through the air.

Tyler Clear had a 34-yard scoring run for the winners while Jordan Grinols banged his way home from ayard out for the Titans’ final score of the night.

Lucas Mckenna scored on a 1-yardrun for the Warriors in the opening quarter of play, but that’s all the offense Salamanca could muster as it was held to just 74 yards.

Jordan Grinols made five tackles and Logel four with a pair of sacks.

SILVER CREEK — Silver Creek moved to 3-4 on the year with a 32-0 win over Cattaraugus-Little Valley (1-6) in Class D action.

Sam Braidich scored two touchdowns on an 11-yard run and a 63-yard pass from Dom Jamison to lead the Black Knights.

Jamison also hit Luke Zbytek on a 29-yard throw to open up the scoring. Cole Golembieski and Angel Caraballo scored on runs of 26 and 11 yards, respectively.