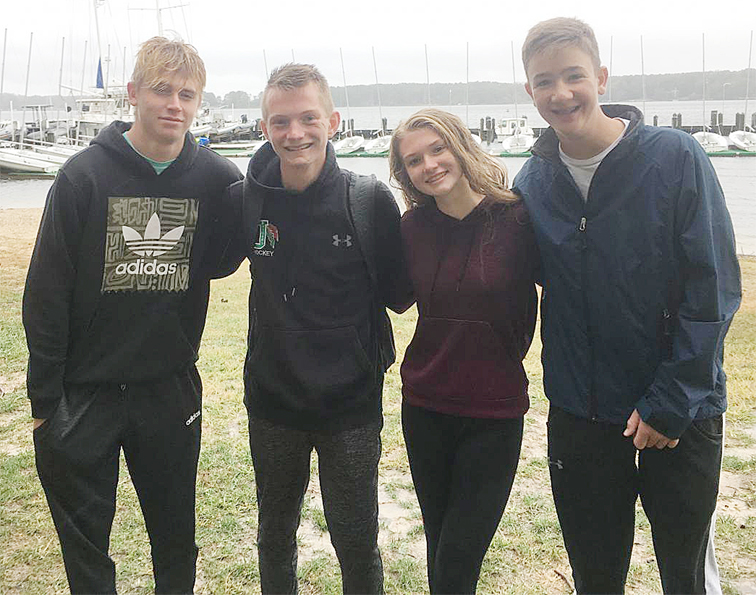 From the left are Southwestern’s Will Turner, Luke Tota, Madi Overbeck, and Brooks Turcotte. Submitted photo

It was a gorgeous day at St Mary’s College in Maryland last Saturday as the Southwestern sailing team competed in the MASSA Gold Championships against 17 other top qualifying teams from 90 schools in the MASSA District across six states. The regatta was held across two days with varied weather and sailed in both CFJs and Z420 class boats.

Though the sun was out and the weather warm, the wind was light. A southerly breeze helped the start of the regatta and a couple races were completed before the winds shifted to the east and eventually northeast where they died out. A total of eight races were completed the first day. Will Turner skippered with Luke Tota as crew in the 420 class for the duration of the day in A Division. Brooks Turcotte skippered with Madi Overbeck as crew in the FJ class in B Division. The Southwestern team was off to a rocky start with a decent first race before dropping to 15th place, then making a huge jump back to the upper half of the fleet. Racing leveled out as the wind progressed lighter to eventually die out.

On Sunday, races continued despite the weather making a huge shift to include a constant steady rain throughout the day. Fortunately, solid breeze from the northeast accompanied the moisture and eight additional races were completed in each division. Teams switched boats with Turner and Tota in A Division sailing FJs, with Turcotte and Overbeck in B Division now sailing 420s. Though conditions made for tougher sailing, Southwestern managed better in the heavier, steady breeze to secure five finishes in the top half of the fleet over the course of the regatta.

“I was really proud of our team for ending strong,” Coach Hunter Farris said. “Sunday was a hard day with high winds and constant heavy rains. Everyone was out on the water for five hours in these conditions and they did their best sailing in the final hours. This really shows us what our team is made of and I’m proud of their toughness.”

Southwestern fought their way back in the final races to finish 12th place overall with a final score of 265 points. 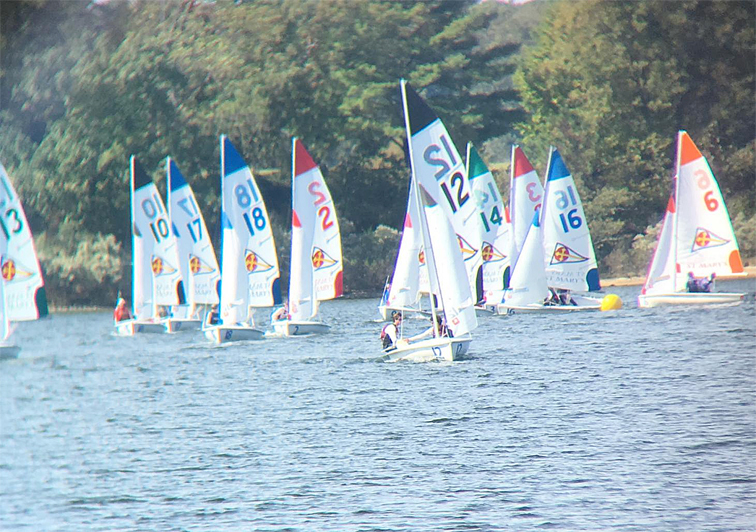 Keep Statues As Reminder Of Our Not-So-Proud Times