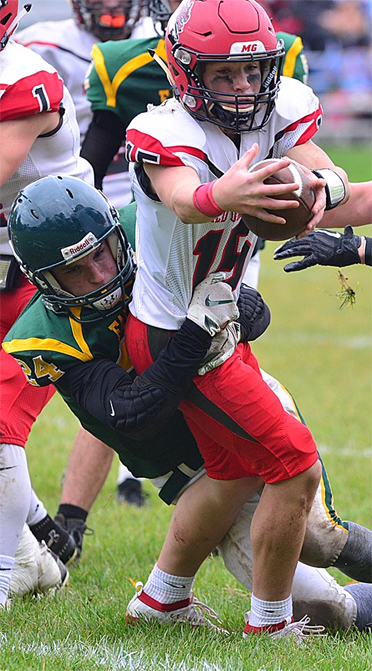 Jackson Gowan opened the fourth quarter with his second rushing touchdown of the day for the Red Dragons, but C.G. Finney/Northstar Christian Academy answered with long touchdown runs of 56 and 67 yards later in the fourth quarter before Maple Grove’s defense stood tall on the conversion attempt with two minutes remaining. The Red Dragons then recovered an onsides kick attempt and ran out the clock.

Gowan finished with 27 carries for 128 yards while Jake Tomlinson added 48 yards and a touchdown on the ground. Ayden Reagle caught a 44-yard touchdown pass from Gowan in the second quarter and ran for a 26-yard touchdown in the third quarter for the Red Dragons. Carter Martin caught five passes for 36 yards.

Kyle Trim led the Maple Grove defense with 13.5 tackles while Tomlinson had eight and Brendan Russo had seven.

Zach Heberlein led the winners with 13 rushes for 116 yards, 80 receiving yards, four touchdowns, as well as a pair of two point conversions.