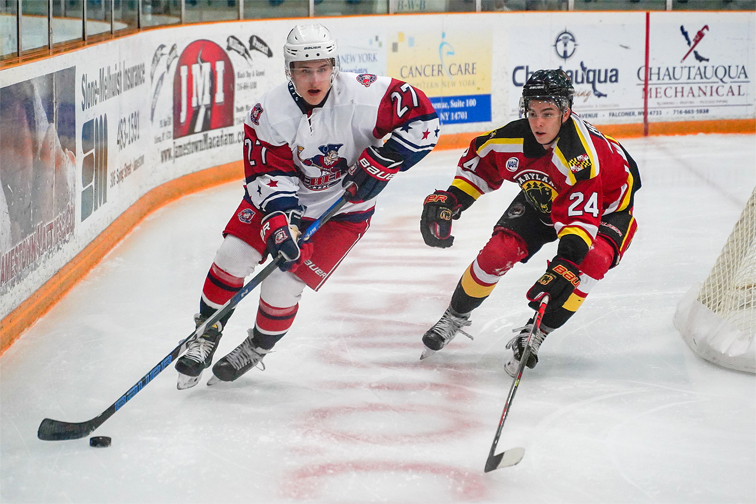 Maryland was a 6-2 winner over Jamestown in North American Hockey League action at Northwest Arena on Friday night.

The Black Bears poured on 46 shots, scoring four goals in the second period and two more in the third after Jordan Cormier gave the Rebels a 1-0 lead in the first on passes by Seth Bergeron and Valerii Rykov.

Noah Finstrom got his third of the season for the Rebels at 12:38 of the third period from Rykov and Valentino Passarelli.

Kyle Oleksiuk led the Black Bears with a pair of goals, his second of the night coming on the power play from Filip Jakobsson and Luke Mountain at 10:49 of the third.

The teams will meet once again tonight at 7:05.