Jammers To Have New Name, Look 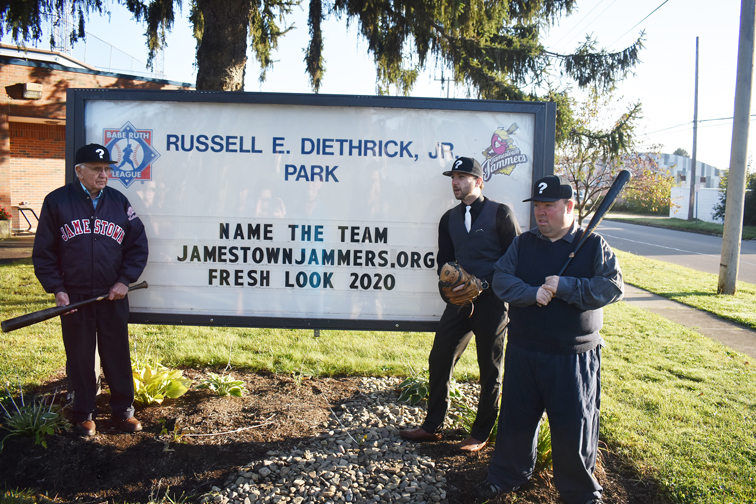 The Jamestown Jammers will have a new name, new uniforms, a new mascot and new look in 2020.

And, they would like the public’s help in doing so by participating in a name-the-team contest.

The announcement was made by general manager Frank Fanning on Wednesday morning during a press conference outside Diethrick Park.

Fanning said names will be judged on originality, uniqueness, creativity, regional relevance and appropriateness for the audience. Submissions can be made through Oct. 23. Judges will narrow down a list of the top name choice at that time.

The grand prize for the winning entry will include two lifetime, full-season ticket packages; one official personalized jersey; the opportunity to throw out a ceremonial first pitch at one game during the 2020 season; and additional new Jamestown baseball moniker swag.

“When you design something that looks very cool … you’re going to get that weird niche and you’re also going to get the people that are in this area that are going to love it,” Fanning said. “We’ve been the Jammers for a long time. Before that, we were the Tigers, the Expos and the Falcons. We’re putting the Jammers into a place in history, respectfully putting it on the shelf. It’s part of our history, and we’re just turning the page.

“This is a new chapter in Jamestown baseball. I think people are going to love whatever we come up with, because it’s going to be their choice, too.”

Fanning noted that Jamestown Community Baseball LLC is working with San Diego-based Brandiose, which has rebranded dozens of minor league teams through the years.

“We’re going to have a very cool look,” he said.

To participate in the contest, go to JamestownJammers.org.