Above, Joe Paterniti, right, and his son, Joe, are pictured behind home plate at Yankee Stadium in the Bronx. Below, the Paternitis are pictured in the right-field “Judge’s Chamber.” Submitted photos 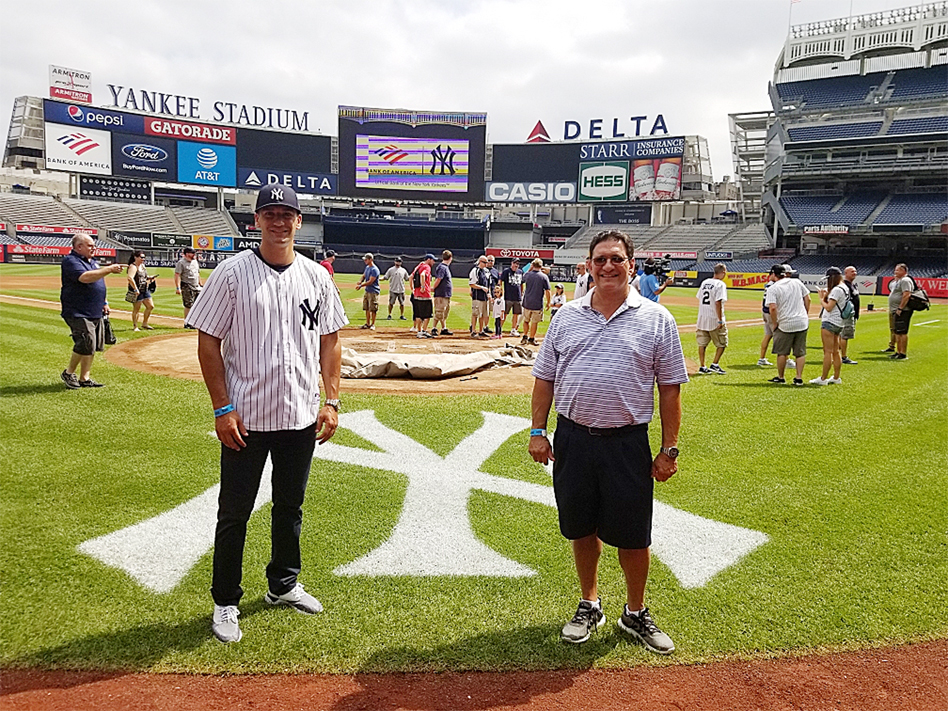 Above, Joe Paterniti, right, and his son, Joe, are pictured behind home plate at Yankee Stadium in the Bronx. Below, the Paternitis are pictured in the right-field “Judge’s Chamber.” Submitted photos

Joe Paterniti admits that he’s obsessed with the lawn on his westside property in Jamestown.

“I trim, I edge and I put all the chemicals on myself,” he said. “My wife Kim’s favorite quote is, ‘When I’m not mowing it, I’m watching it grow.'”

Paterniti’s devotion to his yardwork was rewarded in a big, big way this summer.

Inspired by a Facebook advertisement he came across in early spring promoting the Pennington Lawn Takeover Contest, the SKF Aereoengine employee decided to enter. All he had to do was snap a photo of his lawn with an explanation of why he thought he should win; share the photo to Pennington’s website; and then hope for the best. 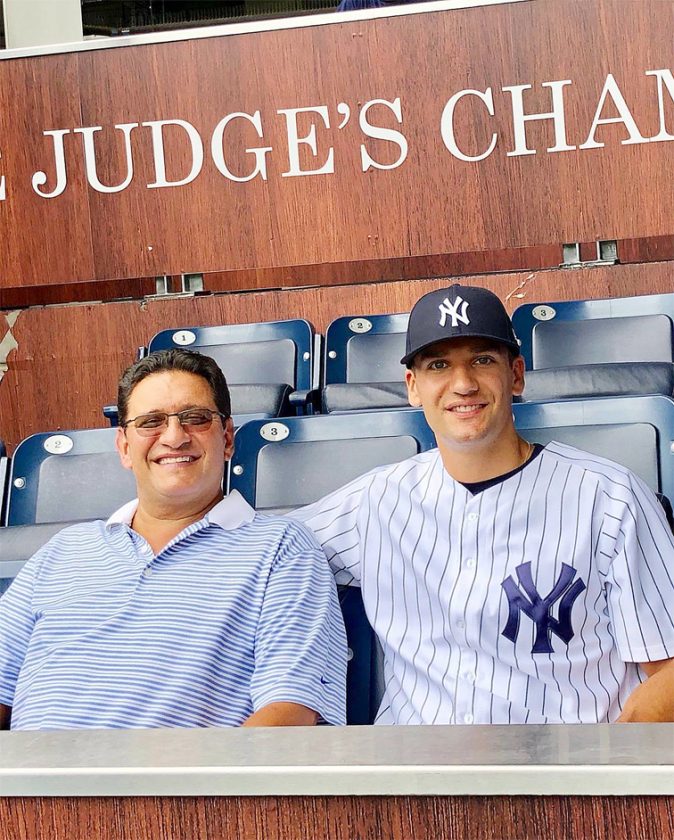 With any luck, the 58-year-old father of two adult children would have a chance to win two boxseats to a New York Yankees game in the Bronx and a behind-the-scenes tour with the team’s grounds crew.

“They were both in my wheelhouse,” he said.

As it turned out, Paterniti figuratively hit his entry out of the park. With apologies to Yankees’ radio play-by-play man John Sterling, it was a “Judgian blast.”

Pennington, a grass seed that Paterniti uses on his own yard, was apparently impressed. 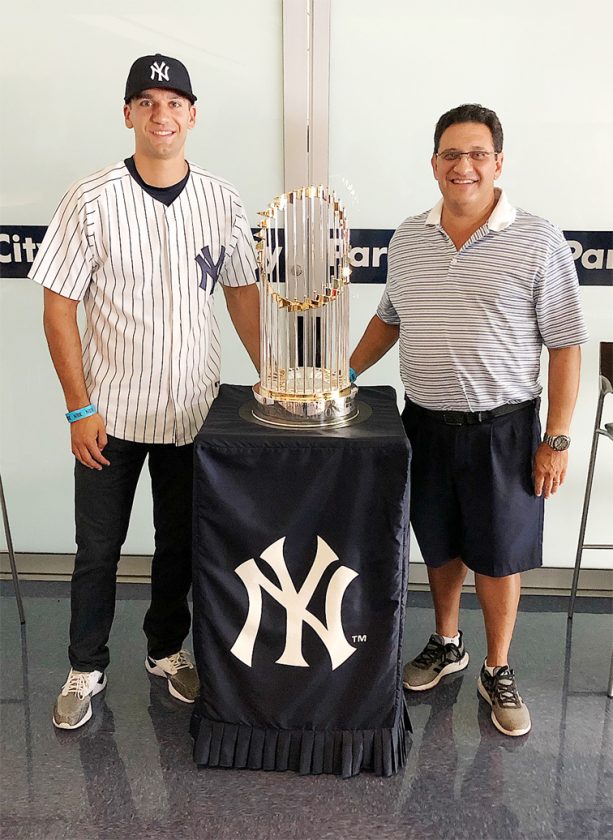 In July, Paterniti received an email congratulating him as one of 19 first-place winners, which earned him the prizes mentioned above when the Yanks entertained Cleveland on Aug. 17.

“I’ve been to two Super Bowls and college baseball games with my kids,” he said, “but this, by far, was the number-one thing.”

Accompanied by his son, Joe, Paterniti and the rest of the contest winners, entered the historic ballpark in the Bronx via Gate 4 on that Saturday; and met Yankees’ head groundskeeper Dan Cunningham, who escorted them onto the field, described how it was sodded, and then paid visits to the pitcher’s mound and home plate.

“Joe made a video,” Paterniti said. “It brought a tear to my eye.”

That was followed by trips to the dugout and the bullpen, lunch and dinner in a stadium suite, a chance to interact with former Yankee Mickey Rivers and pay a visit to Monument Park. 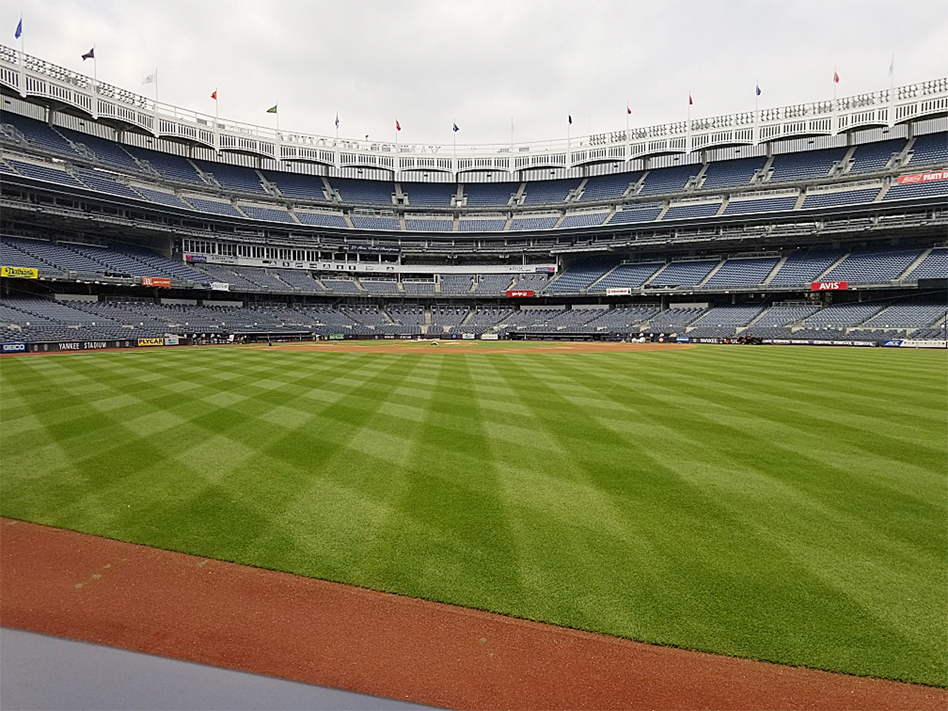 All of it made possible by Paterniti’s love for his lawn.

“Finally, some of my hard work paid off,” he said. ” … To be a fan of the Yanks and being on the field with my son, it’s something I’ll never forget.”

After the game (which the Yankees won, 6-5), the Paternitis rode a subway back to midtown Manhattan. It was packed with fans, who started chanting, ‘Let’s go Yankees’ in typical New York form.

“Any game we’re watching, Joe will say, ‘We were on that mound, Dad, we were in that batter’s box, we were there,'” Paterniti said. “For me to see him as overcome by what went on that day is by far the best experience I’ve had as a father.”