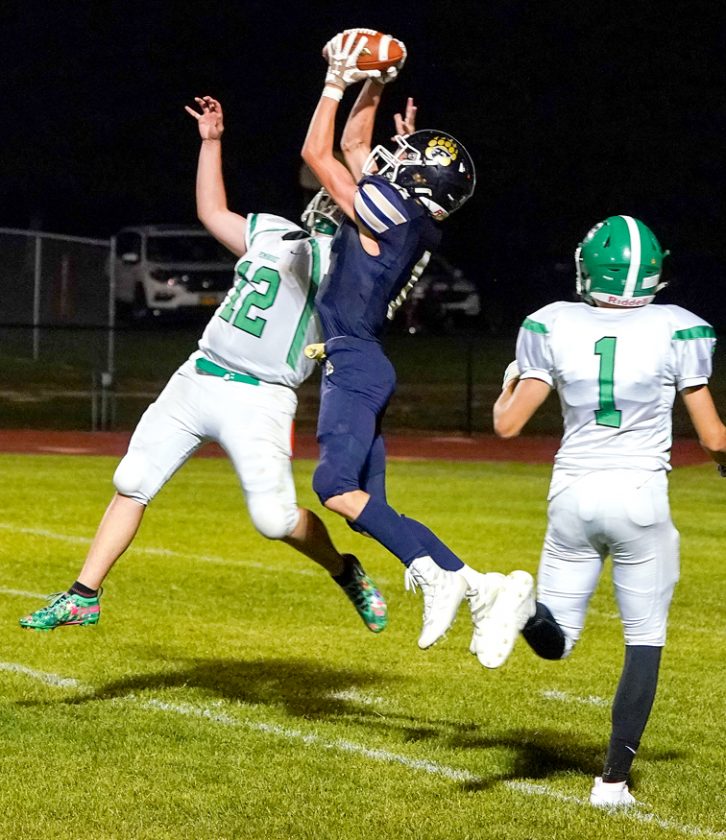 The Dragons’ Colby Cerasani scored on an 88-yard touchdown run on the first play following a Frewsburg fumble before David Colby scored on back-to-back touchdown runs to give the visitors a 22-8 second-quarter lead.

Peyton Hayes later found the end zone from 2 yards out after a pair of Jack Yost receptions from Gray as the Bears closed the gap, but they would get no closer.

After Frewsburg fumbled the opening kickoff of the second half, Brady Kimmel raced 33 yards to the end zone on the next play for Pembroke.

Frewsburg then drove the length of the field late in the third quarter, but turned the ball over on downs at the 2-yard line. 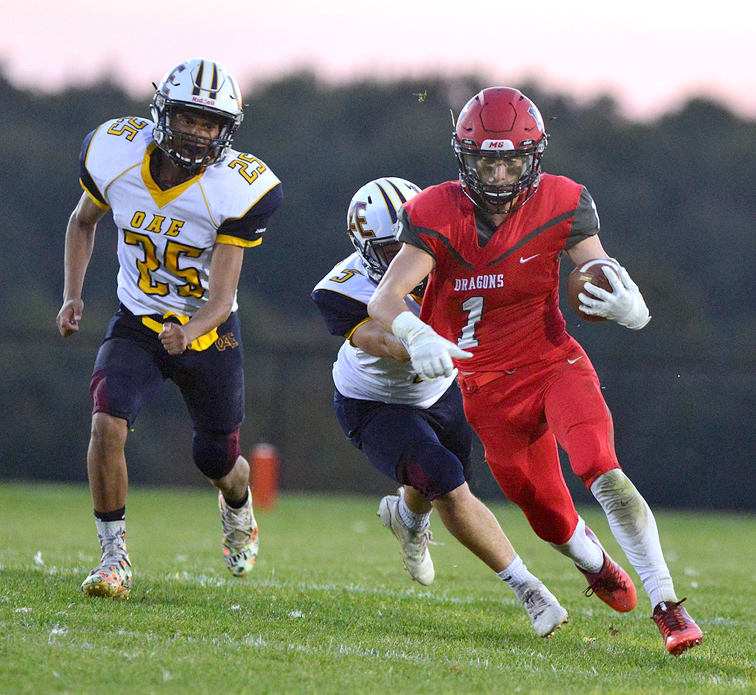 Yost finished with three catches for 69 yards in the loss.

“We have three running backs and our two primary guys got injured,” Frewsburg coach Terry Gray said. “They walked off that bus, lined up and played football. They hit, they were big and they were physical.”

Pembroke ran the ball 41 times for 353 yards while attempting just one pass.

“We are not really big. They were big,” Gray said. “They ran like four or five different plays. They just ran us over. We missed a couple of plays here and there.” 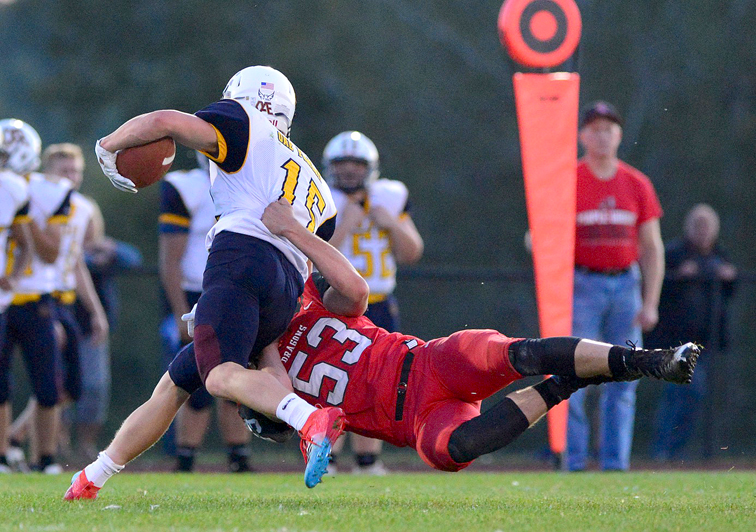 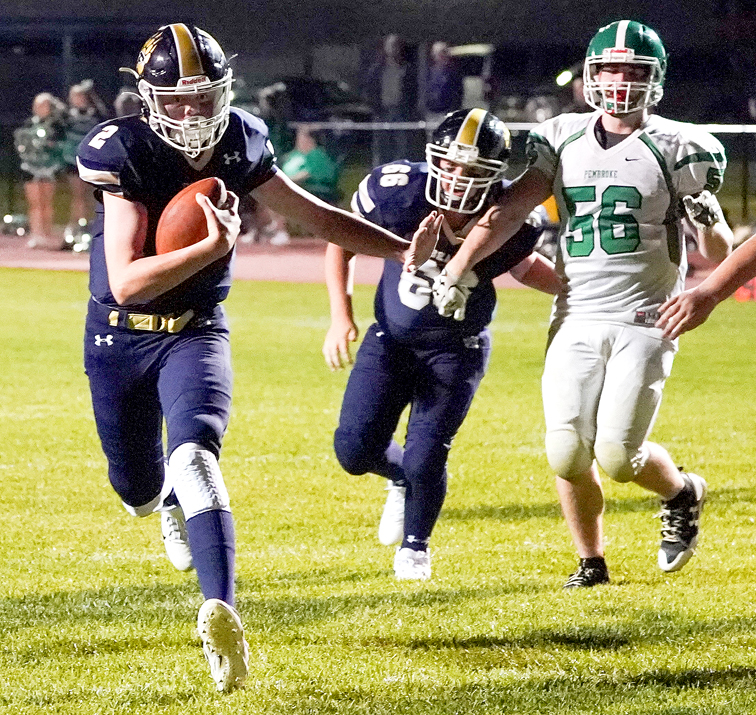 Frewsburg’s Traden Gray runs for a 2-point conversion during Friday’s game against Pembroke in Frewsburg. P-J photo by Chad Ecklof

“We knew they brought some athletes back from last year after watching some of the tape we had on them,” Maple Grove head coach Justin Hanft said. “We knew going in they were going to be a good team. They won it all last year. They ask for perfection. We had a couple of missed plays on offense and things we’d like to have back.”

The Hornets scored 26 points in the opening quarter on a pair of touchdown runs, a safety and a return touchdown.

The Hornets threw for a touchdown and ran for another in the third quarter before Maple Grove finally got on the board with an Ayden Reagle 39-yard touchdown reception from Jackson Gowan.

Oakfield-Alabama/Elba added a late third-quarter touchdown run before Jake Tomlinson caught a 5-yard touchdown pass from Gowan in the fourth quarter for the Red Dragons.