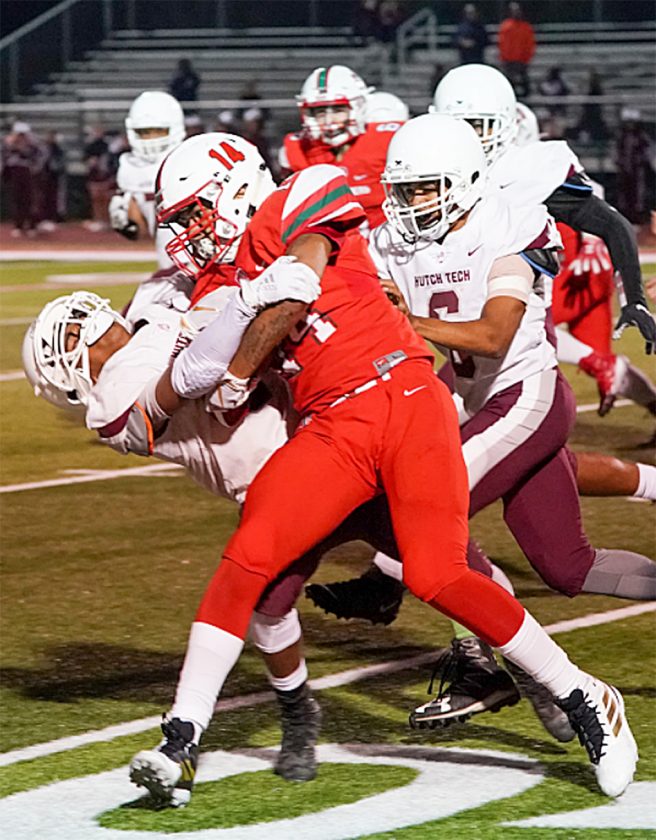 Savon VanSickle took him at his word.

The junior running back sprinted 47 yards for a touchdown on the first play from scrimmage and the Red Raiders — behind a dominant ground attack — went on to post a convincing, 39-13, victory over Hutch Tech in a Class AA game at Strider Field.

The win improved Jamestown’s record to 2-0 overall and 1-0 in the division, heading into a showdown next week against Bennett at All High Stadium in Buffalo.

“Big game, big showdown, big test, great timing,” Langworthy said. “It’s early in the year, but we’ve got a couple games under our belt. (Bennett) is a contender, but I think we’re pretty good. I want to see how we match up.” 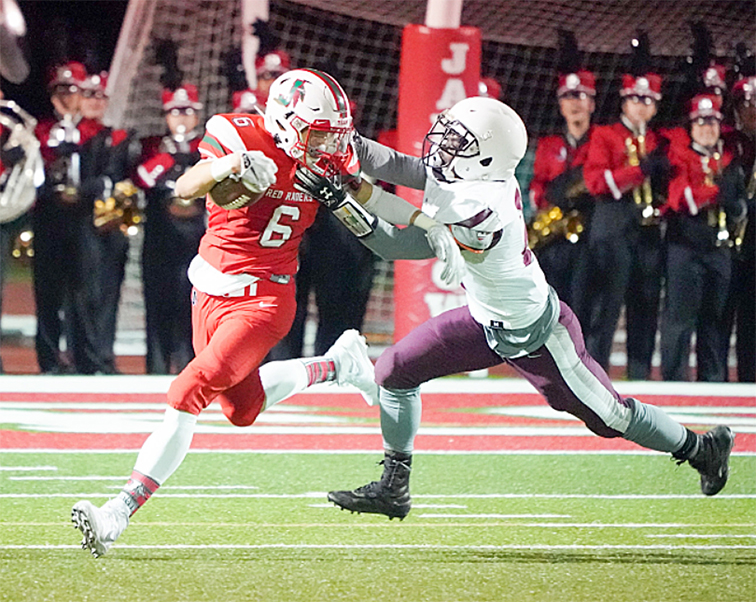 Continued outstanding play by the backfield trio of VanSickle, junior Demarri Jones and sophomore Jaylen Butera, in tandem with their stout offensive line, will make the Red Raiders tough to beat.

VanSickle finished with 122 yards on 14 carries and three touchdowns; Jones had 113 yards on 10 carries and one TD; and Butera added 41 yards on nine trips and two more scores.

Tack on 30 yards on four carries by Joshua Tonkin, and it was no wonder the postgame team meeting was a happy one.

Jamestown found paydirt on its first three possessions, courtesy of VanSickle’s runs of 47 and 1 yards, and Butera’s 4-yard burst. Andrew Dix was successful on two of the three point-after tries, giving the hosts a 20-0 lead before the first quarter was complete. 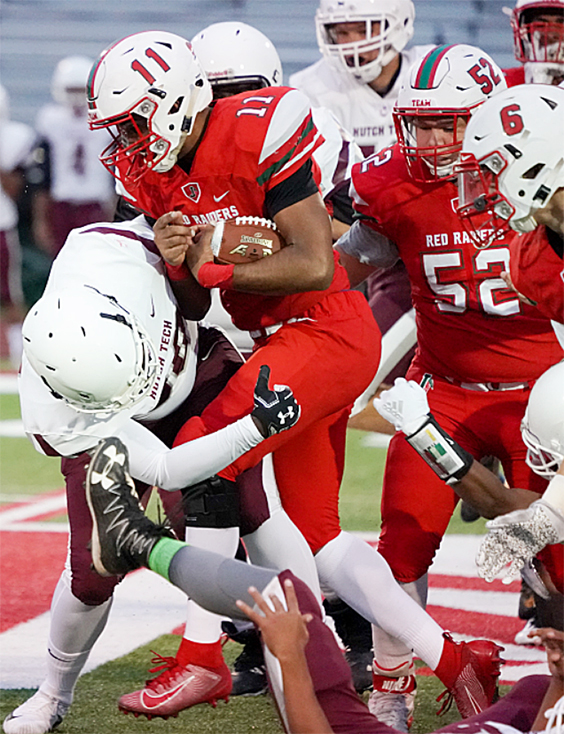 The score remained that way the remainder of the first half — VanSickle spent much of the second quarter on the sidelines dealing with apparent leg cramps — but the Red Raiders kept the Engineers off the scoreboard, thanks to their defense, which included a pair of interceptions by Butera.

Fresh off scoring the deciding touchdown on a pass reception in Jamestown’s overtime win at the Carrier Dome against Baldwinsville last week, Butera did a little bit of everything last night, including making three tackles.

“He’s got a lot of swagger to him, a lot of confidence,” Langworthy said.

The same could be said for Jones, who tied for the team lead in tackles with six, and showed good speed and power when he carried the ball.

The Red Raiders put the game out of reach in the third quarter on VanSickle’s third TD, this time from 2 yards out, and Butera’s second score, from 15 yards, courtesy of a tremendous move in the open field that made a Hutch Tech defender miss.

The Engineers finally found the end zone with a pair of fourth-quarter touchdowns by Donte Wideman on a 6-yard run and on a Solomon Tarver-to-Arik Mott 1-yard pass. Those scores were sandwiched around Jones’ 23-yard TD run for Jamestown, which received another strong outing from its offensive line, comprised — tackle to tackle –of sophomore Drayce Garland, sophomore Caleb Bane, junior Kameron Melendez, sophomore Julian McGaughy and senior Ben Schrader.

“The offensive line has come a long way,” Langworthy said. ” … Those guys did a great job. One of our goals was to get our counter game going, and I thought our guys blocked it really well.”