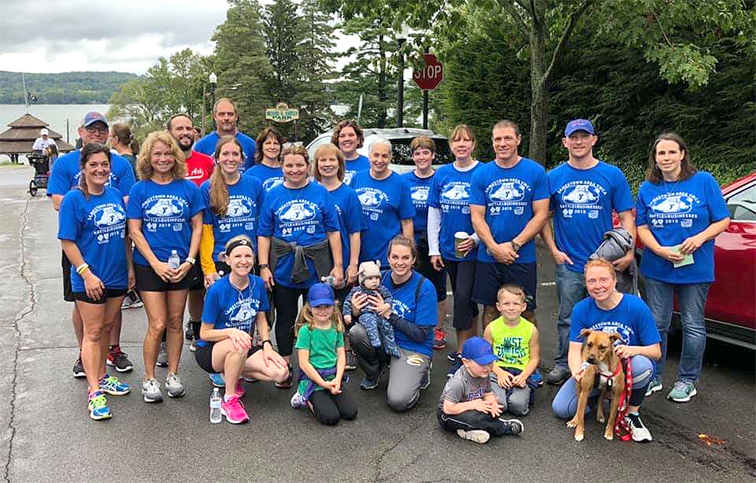 The 2019 YMCA Battle of the Businesses Large Division winner is Falconer Central Schools. Pictured is their team from Saturday’s 2-mile run event which they also took first-place honors. Submitted photo

During the awards ceremony, plaques were given the first-, second- and third-place teams in each event while the annual Battle Sportsmanship and Team Spirit Award was given to Bush Industries.

The team captain awards were presented to Hillary McCandless & Samantha Anderson of UPMC Chautauqua (Large Division) and Zach Agett of Jamestown Up Close (Small Division) for their commitment and enthusiasm to the Y Battle during the week. 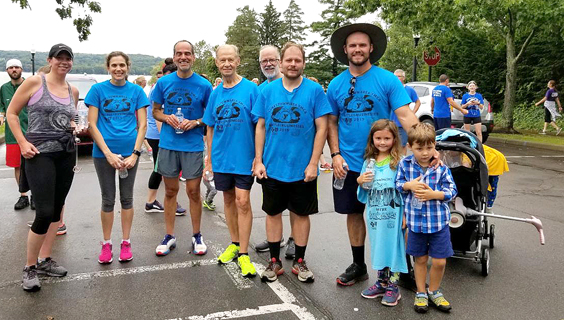 “It was another exciting Battle week this year,” said Tom Anderson, battle director. “We added a bunch of new events this time including curling, a fishing tournament, poker tournament, scavenger hunt and pie-baking contest which added to the competitive fun. Congratulations to all the event and overall winners.”

The Battle was sponsored by Bluecross BlueShield of Western New York, Greater Chautauqua Federal Credit Union and Eventz by Scott.

The Battle of the Businesses will return in September 2019. To receive an informational packet or have battle pictures to share, contact Tom Anderson at 763-0303 or tanderson@jamestownymca.org.