Numbers Still Add Up, Just Give It A Chance

Maple Grove’s Jake Tomlinson closes in for a tackle against Section V-Oakfield-Alabama/Elba on Friday night. P-J photo by Scott Reagle 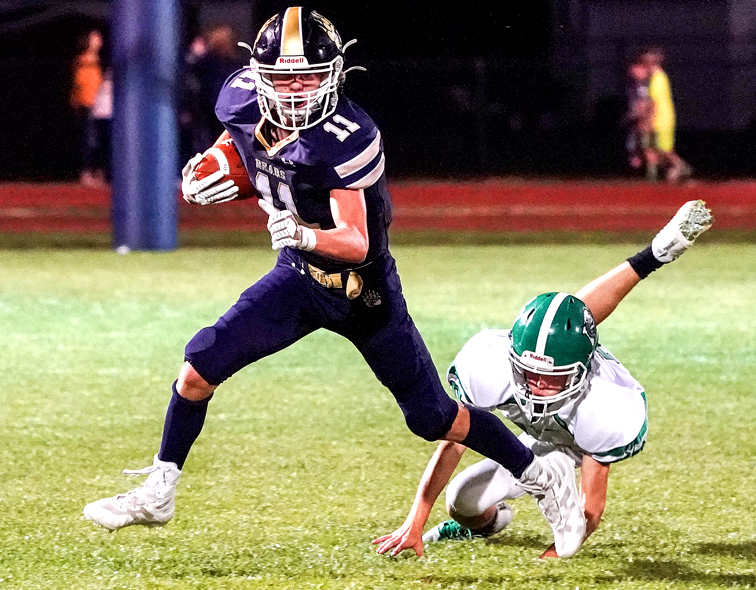 To the casual fan standing on the sideline Friday evening, a football game was played in Frewsburg between the Bears and Section V-Pembroke.

It wasn’t some freak show — despite only eight student-athletes lining up on either side of the field instead of the traditional 11.

There were still kickoffs and returns.

Sometimes the ball was pounded up in between the offensive linemen — often just three of them instead of the usual five — and sometimes it was pitched to the perimeter of the defense. 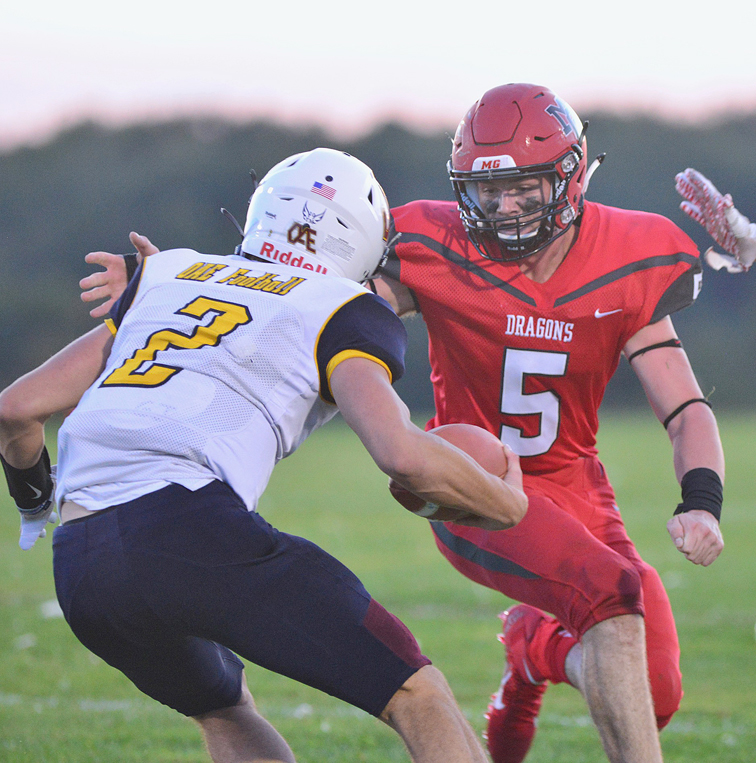 Maple Grove’s Jake Tomlinson closes in for a tackle against Section V-Oakfield-Alabama/Elba on Friday night. P-J photo by Scott Reagle

A few times Pembroke ball carriers sped away from the Frewsburg defense for long runs, but most of the time they were gang tackled by a host of defenders.

The national anthem signaled the start of the game.

And at the end Pembroke was the winner and Frewsburg was on the losing side. 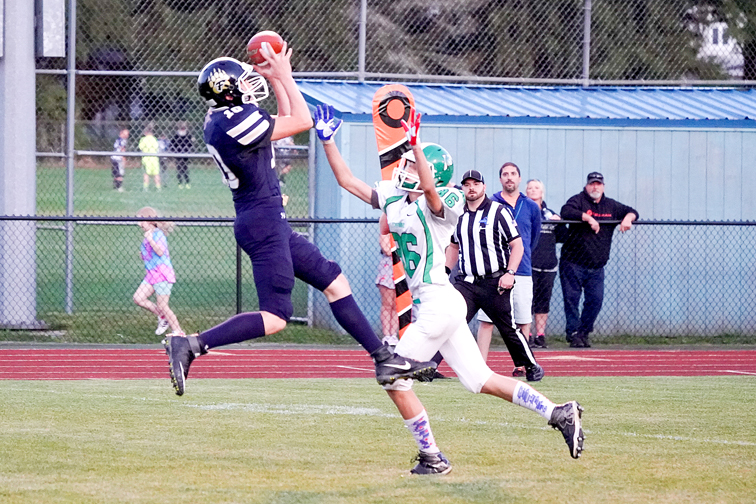 Eight-man football likely isn’t some passing fad that will be gone in a year or two.

More than likely it will become more mainstream across the country and in our little part of Western New York.

In Chautauqua and Cattaraugus counties, where Class C and Class D schools dominate the countryside, eight-man football is more likely to expand from the current two programs than it is to go away.

Mergers like Clymer/Sherman/Panama and Franklinville/Ellicottville have been very successful, but others haven’t been. Student-athletes, their parents and school districts might decide it is more beneficial in their situations to turn to eight-man football rather than continue past 11-man mergers or seek out new ones.

Districts like Pine Valley, Brocton and Westfield — currently in mergers — may decide to look into the possibility of playing eight-man. Even the Clymer, Sherman, Panama, Franklinville, Ellicottville, Gowanda and Pine Valley districts could eventually find positives in eight-man football despite currently being part of successful 11-man mergers.

If you are a fan of high school football and you have a chance, go see Frewsburg or Maple Grove host one of their upcoming eight-man games, or better yet, go watch them play each other Friday, Oct. 4 on Dutch Hollow Road.

“Football-wise, it felt like football,” Gray said. “There really wasn’t anything different.”

Unless you are perched high above the field, you likely won’t even notice that there are 16 players on the field instead of the traditional 22.

“Offensively we can dictate some one-on-one matchups,” Maple Grove head coach Justin Hanft said after the Red Dragons’ loss to Oakfield-Alabama/Elba on Friday. “With the field being a little more wide open, we have to get our speed in the right positions personnel-wise.”

You can count up the players before the snap of the ball and figure it out, but once the play begins it looks a lot like the sport you’ve been watching for years on Fridays, Saturdays and even Sundays.

“It basically kind of felt like the same style of football out there,” Hanft said. “It’s a little bit faster and a little more wide open.”

When it comes down to it, there are a lot of one-on-one battles and somebody on the defense has to stop the player on offense who has the ball.

Drop your preconceived notions about what football is “supposed to be” and give it a chance.

You’ll likely be a fan of what you see.

Because in the end, it’s still football.