Conklin To Lead Program At JCC 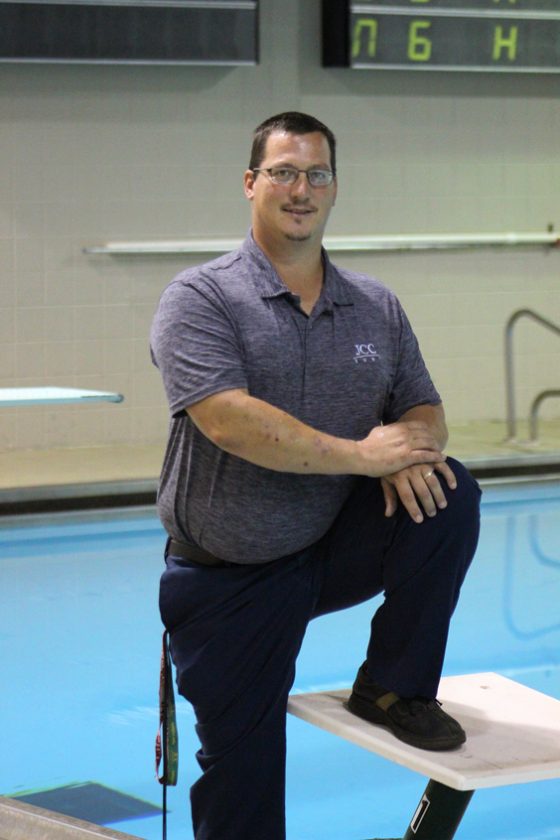 Men’s and women’s swimming and diving will be making a return to Jamestown Community College.

After a successful tenure with the Panama Panthers swimming and diving team, Todd Conklin has been named head coach for the Jayhawks for the 2020-21 season.

Conklin started his new position as recreation manager in early August, and will now have a full year of recruiting before his first season with Jamestown CC in the pool.

Director of Athletics and Recreation George Sisson began taking applications for the recreation manager position in late February, and ran into Conklin during a Panama sectional basketball game at the Physical Education Complex.

That conversation marked the first step towards reviving swimming and diving for the Jayhawks.

“Once we hired him for the Total Fitness position, I knew he had the swimming background. I knew that we would like to bring swimming and diving back. At the college level, you have to have the right people, and coaches play a big role,” said Sisson. “We have a real desire for him and his job to enhance our pool. We think that this facility is the best in Chautauqua County for total fitness and exercise. Now we want to add that swimming component back and maximize our pool. I think Todd has all the qualities as a teacher and a person. As someone who has connections and knowledge of the sport, we’re hoping to build another really solid swimming program to match what else we’re doing.”

In his years with the Panthers, Conklin has had the opportunity to coach and get to know some of the most successful swimmers and divers in the area. Coaching at the next level is something that was always in the back of his mind.

“It’s always been a dream of mine to go to that next level and coach at the college level,” said Conklin. “We’re very fortunate in this area that we have very good high school swim teams around that are coached by great coaches. There are a lot of kids in the area that go the JCC campus and I’m looking forward to really making a great program.”

Knowing the level of talent available in the Southern Tier, Conklin was happy to step into a role where he can offer swimmers and divers a chance to compete locally after high school.

“We have some of the best coaches in this area and we have put out a lot of great swimmers in this county, both Chautauqua and Cattaraugus counties. I look forward to being able to recruit some of these athletes and put the JCC program back on the map,” said Conklin.

As part of his duties as recreation manager, Conklin handles many of the day-to-day operations of the Physical Education Complex, including intramural programs and aquatics.

His first step as swimming and diving coach will be to pursue recruits to fill out his roster for next season.

“I know that I’ve got a really good coach that will give these young people who want to come and swim in our program the opportunity to get better when they are here and to create that opportunity beyond if that is something they want to do,” said Sisson.