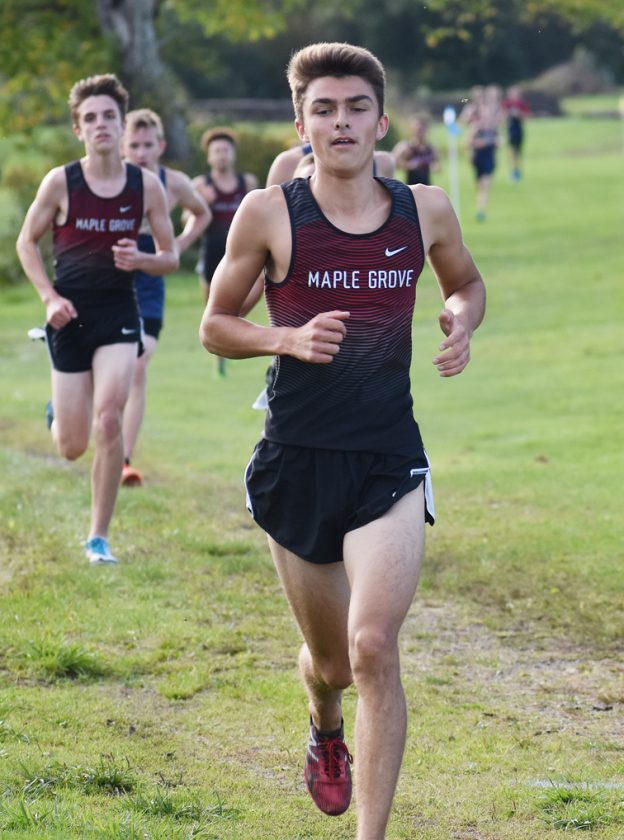 Maple Grove’s Peter Auer makes his way through the middle of the cross country course at Breezewood Links on Tuesday. He ended up finishing in second place. P-J photo by Scott Kindberg

Baglia toured the course in 16:59, but Maple Grove captured the team victory with 25 points. Falconer/Cassadaga Valley was second with 30 points and Randolph was third with 84 while Dunkirk was incomplete.

“I was extremely proud of Lukas Baer (fourth place). He has been working so hard since the beginning of the summer and the hard work is paying off. He has bettered his team each race,” Maple Grove head coach Steve Matteson said. “I enjoy the CCAA. We have some of the best competitive runners in the state, and running against each other helps everyone become the best they can be. With this strong competition, it pushed my team. To have our top five team members run under 18 minutes on a difficult Breezewood Golf Course, I am very proud of my team today.”

Peter Auer of Maple Grove was second and Rayven Sample of Falconer/Cassadaga Valley was third.

Crist’s time of 19:09 helped Maple Grove to the team win with 19 points. Falconer/Cassadaga Valley was second with 56 points and Dunkirk as third with 76 while Randolph had 83. 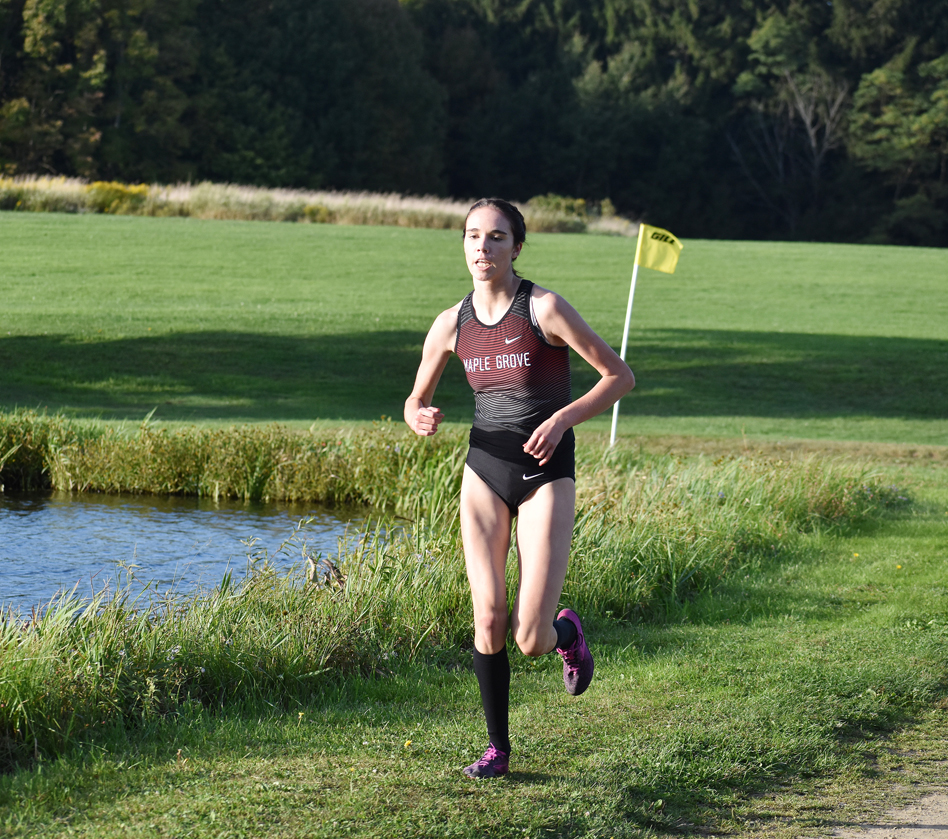 “I was proud of Abby Brunenavs (second place) and Christina Peppy (third place) for pushing each other to best times for the season,” Matteson said, “as well as Allison Bohall who had a best time on the 5K course for this season.” 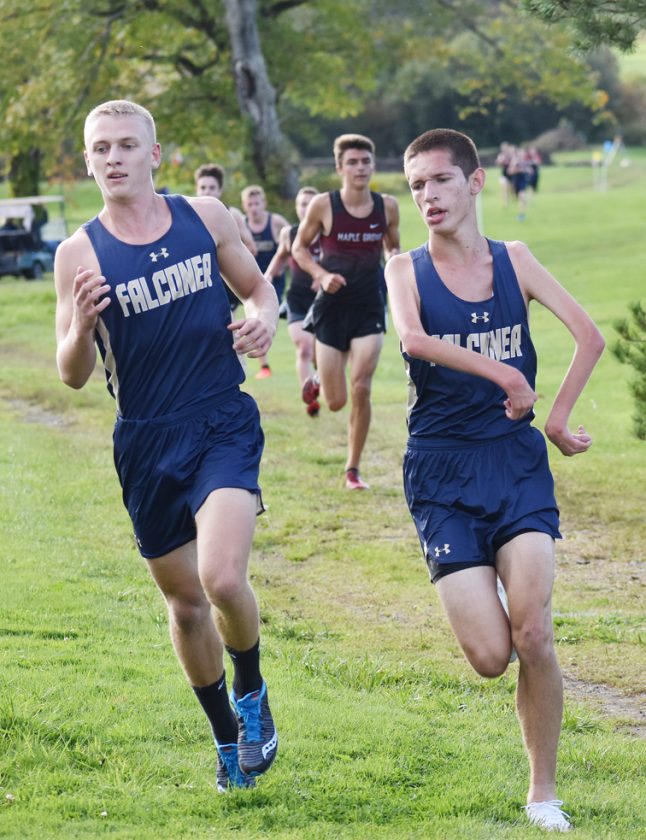 Carlson’s time of 17:17 led the Red Raiders to the team win with 25 points. Franklinville/Ellicottville was second with 36 points and Cattaraugus-Little Valley was third with 74 points.

Herman finished in 21:48, but Jamestown won the girls team competition with 35 points. Franklinville/Ellicottville was second with 40 and Cattaraugus-Little Valley was third with 51.

COLLINS — Emily Brown toured the 2.85-mile course at the Collins Conservation Club in 18:50 to lead Fredonia/Westfield to a win with 38 points.

On the boys side, Southwestern’s Eddie Scroxton won in 16:06 as the Trojans took the top three spots and were victorious with 21 points. Allegany-Limestone was second with 48 points and Fredonia was third with 85 followed by Gowanda with 93.

Allegany-Limestone was second with 52 points, Southwestern was third with 62 points and Gowanda was fourth with 67 points.

FREWSBURG — Both individual winners came from Frewsburg and the Bears won the boys race, but Clymer/Sherman/Panama won the girls race at the RHJ Elementary Character Trail.

The Bears’ Toby Gifford won the boys race in 18:44 while teammate Acacia Barber won the girls race in 20:12.

Frewsburg’s boys finished with 29 points while Clymer/Sherman/Panama had 42, Silver Creek/Forestville had 52 and Olean was incomplete.

On the girls side, the Wolfpack won with 26 points, Silver Creek/Forestville had 46 and Frewsburg had 61 while Olean was incomplete.