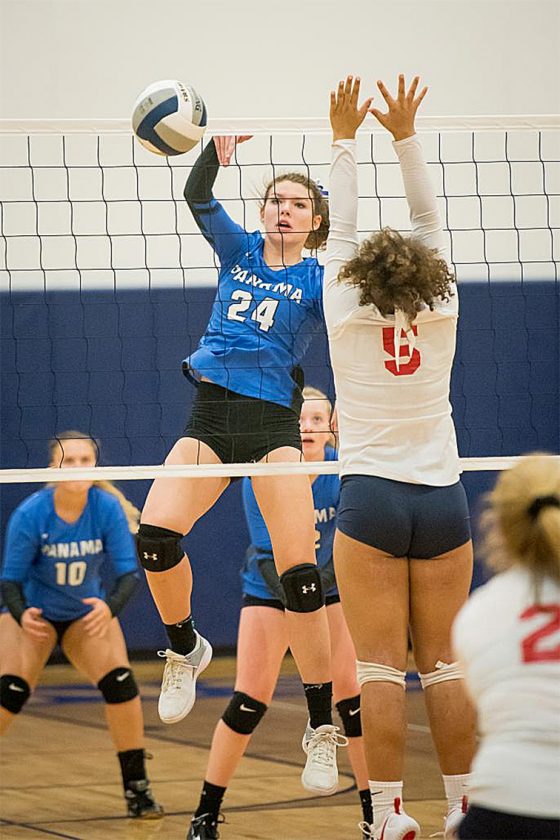 Panama ran its record to 5-0 with a 25-10, 25-18, 25-17 Chautauqua-Cattaraugus Athletic Association South Division volleyball victory over Southwestern on Thursday.

Natalie Angeletti led the way with 13 kills, six blocks, five digs and five points, while Kylie Schnars chipped in 12 kills, three blocks, three digs and six points. Also helping the cause for the Lady Panthers (5-0) was Maddie Johnson, who finished with 24 assists, five digs and 10 points.

Mya Abrams had 21 assists; Sydney Hvizdzak had seven kills and an ace; and Brynn Pagett had six kills and two blocks for the Cardinals.