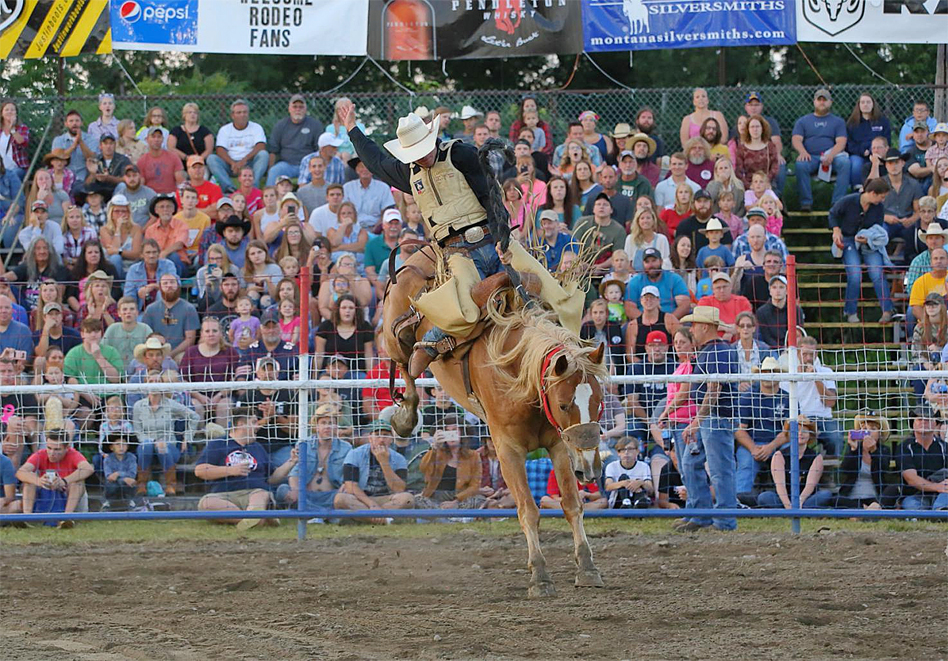 GERRY — A standing-room-only crowd witnessed some of the best action of the week as the 75th edition of the Gerry Rodeo closed the gates on the four-night event with more than $50,000 being awarded to the top cowboys and cowgirls.

The biggest surprise of the night, and perhaps the week, occurred in the saddle bronc event with young Parker Kempfer of Melbourne, Florida, in his first year as a professional, scoring 82 points on his bronc for the fastest time of the week. He was competing on a permit, which allows him to enter rodeos in order to secure permanent membership in the PRCA by winning at least $1,000 on the season. Prior to coming to Gerry, he had already won $14,000, making his future look bright in rodeo.

The team roping saw Zach Kilgus of Ocala, Florida, and Jake Edwards of Fort Ann, New York, miss the 5.2 seconds top time of the week set on Friday night by only three-tenths of a second with a time of 5.5. Shawn Quinn and Gary Dubois from Schuylerville, New York were second on the closing night with a 6.4 seconds outing.

Veteran roper Justin Thigpen of Waycross, Georgia, fresh off winning $100,000 in Guthrie, Oklahoma, secured the tie-down calf-roping championship with a time of 9.5 that, combined with a 9.1 time in the first go-round, gave him first place on the week.

Justin Raburn, who traveled from Lafayette, Georgia, led the steer wrestling on the night with a time of 5.2 seconds, but that was only good enough for second place behind the 4.5 seconds time by A.J. Williams of New Providence, Pennsylvania on Friday night. 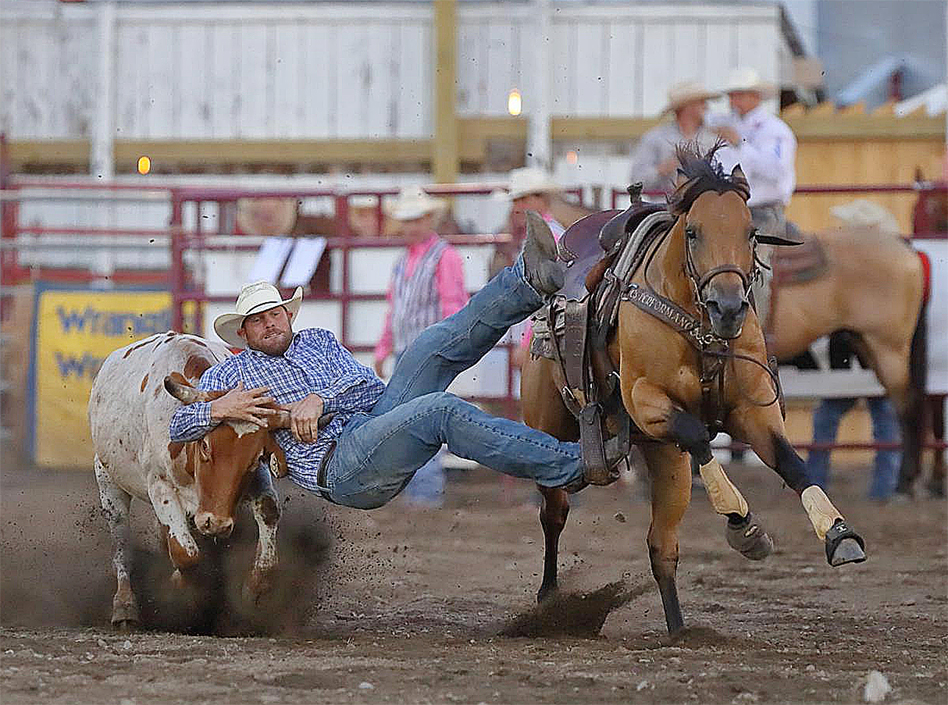 Eleven girls raced their horses around the three-barrel circuit with four posting times under 16 seconds. No one, however, was able to challenge the 14.65 time of Poultney, Vermont’s, Wendy Chesnut on opening night.

Painted Pony’s bulls came out angry on this warm night and did not allow any successful rides in this final performance. The high score of the week was by Clark Griswold of Bainbridge, New York at 80.5 with Mike Adams of Union Bridge, Maryland, close behind at 79.

A spectacular fireworks display, accompanied by patriotic music, ended this year’s event, but there is good news for area rodeo fans as, in a special meeting on Saturday afternoon, the Gerry Volunteer Fire Department members voted unanimously to continue bringing rodeo to Gerry for at least the next five years. 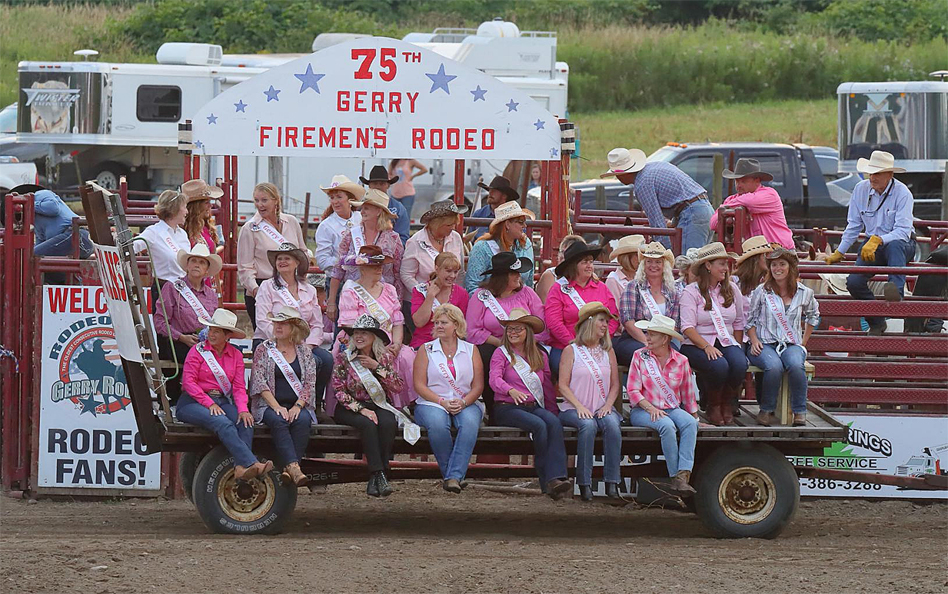 Chef Bruce Gustafson reports that his kitchen crew served exactly 1,000 meals on this closing evening, bringing the total for the four evenings to more than 3,500 dinners served, both of which may be a new record.

Due to the length of this final performance, final results, including the money winners and the amount each won, will not be available until Monday. This information will also be posted on the rodeo website www.gerryrodeo.org. 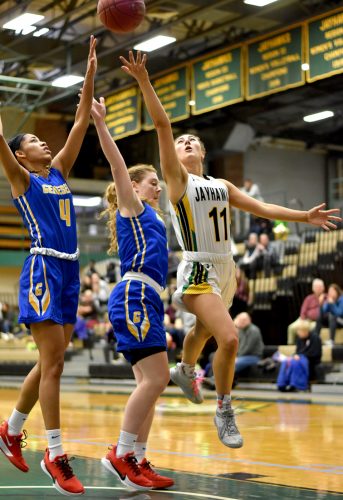 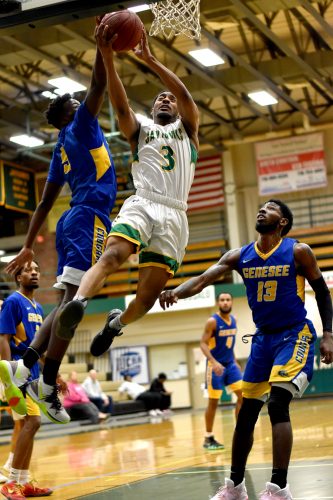 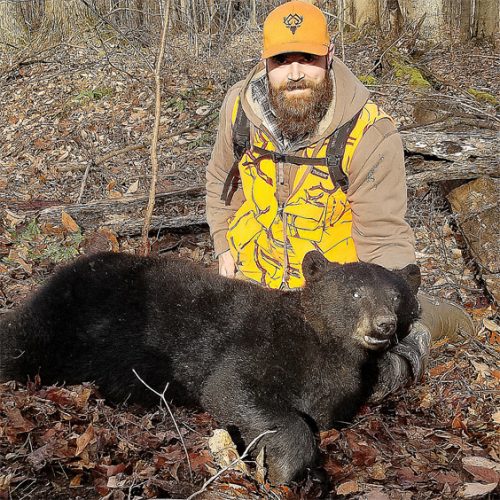