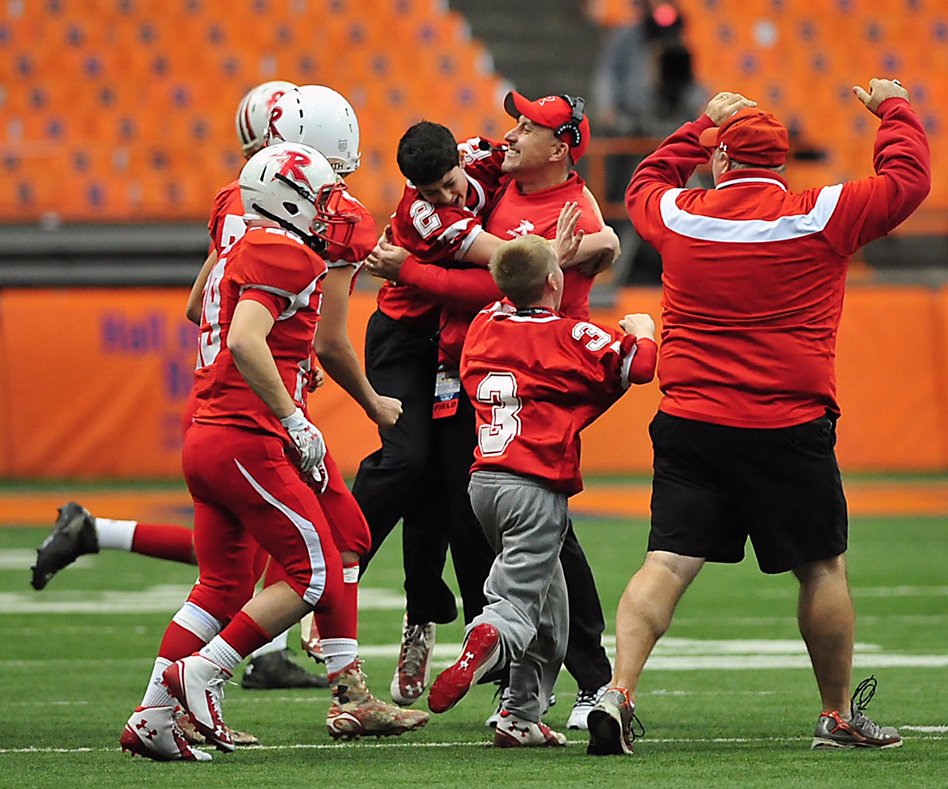 EDITOR’S NOTE: The following article appeared in The Post-Journal on Nov. 30, 2014, the day after the Randolph Cardinals claimed their fifth New York State Public High School Athletic Association Class D football championship and third in a row, rallying from a 27-6 halftime deficit to down Chester of Section IX, 48-41. It’s been nearly five years since that memorable afternoon at the Carrier Dome in Syracuse, so — on the first official day of practice for the 2019 season — it was deemed appropriate to tun back the clock to one of the most memorable title games in state history.

SYRACUSE — Randolph football coach Brent Brown stood in a tunnel at one end of the Carrier Dome on Saturday afternoon, pulled his cellphone from his pocket and saw it was figuratively blowing up with text messages, 15 in all.

Among them was one from Pat Slater, the Cardinals’ legendary former coach, who is now retired and living in Florida.

“Are you kidding me?” his text read. “Fantastic.”

“Fantastic” may be one of the more conservative adjectives used to describe what happened on Ernie Davis Legends Field on the campus of Syracuse University.

The Randolph Cardinals posted a 12-1 record in 2014, capped by their comeback victory in the state title game. P-J file photo

Trailing 27-6 at halftime of their New York State Public High School Athletic Association Class D championship game, the top-ranked Cardinals rallied to score an incredible 48-41 victory over Chester of Section IX when senior quarterback Bryce Morrison danced in for a touchdown on a 5-yard keeper with 26 seconds remaining to secure their third straight title and fifth overall.

How good was Morrison?

In the second half alone, the 6-foot, 175-pounder rushed for 174 yards and five touchdowns, but he saved his absolute best for when the Cardinals (12-1) needed him most in the final minute.

Taking over at his own 35 with exactly a minute remaining — Chester had taken the lead, 41-40, in this game for the ages when senior quarterback Vinny Aloi connected with Justin Feldman on a 31-yard touchdown with 60 seconds left– Morrison and the rest of the Cardinals never panicked.

“We had a timeout,” Brown said, “and we practice (the two-minute drill) all the time. We said, ‘Here you go, this is what you’ve been working on. Let’s do it.'”

The Cardinals did, in a most impressive way.

On the first play, Morrison scrambled out of the pocket, received a couple of great blocks by offensive linemen Jeff Andrews and Michael Bowers to keep the play alive and threw deep for senior wideout Derek Young, who gathered the ball in and got out of bounds to complete a 42-yard play to the Chester 23.

“When I threw it, I didn’t think I had enough on it,” Morrison said. “I thought it was going to get picked off, honestly, but Derek came back and made a great catch, got out of bounds and stopped the clock.”

The Morrison-to-Young combination was successful again on the next play, good for 18 yards to the 5. Morrison spiked the ball with 37 seconds remaining to stop the clock, setting the stage for the game-winning touchdown.

Taking the snap from under center, Morrison followed a great lead block from senior Wesley Sluga into the end zone for the go-ahead touchdown, the Cardinals’ sixth of the half, completing a comeback that will be talked about for years. For good measure, Morrison picked off Aloi’s pass on the game’s final play to preserve the win.

Plays were made all over the field for most of the game.

Combined, the teams amassed 1,087 yards of total offense. In addition to Morrison’s 175 yards on the ground and 90 yards through the air, junior running back Devyn Nelsen ran for 289 yards, including 186 in the second half, and a TD.

“It’s really emotional,” Nelsen said. “That interception on the last play put it away and tears started coming down.”

At intermission, though, any tears on the Randolph side figured to be after what appeared to be a blowout for the Hambletonians (11-2).

Thanks to Aloi’s passing, Brandon Sadlier’s receiving and Angel Suarez’s all-around talents, Chester scored on its first four possessions and led 27-6 at the break. Sadlier had a 4-yard run, Aloi connected on TD passes of 27 yards to Suarez and 13 yards to Sadlier, and Suarez added a 2-yard burst. For the half, Aloi completed 12-of-18 passes for 266 yards on his way to a 23-of-40 for 455 yards and four TDs.

But the Cardinals, as is their custom, kept playing.

“You’ve got to give credit to those guys,” said Brown, who is 2-for-2 in title games, “because I don’t remember, I don’t think ever in 25 years, being down like that going into halftime of any game, let alone the state championship game. These kids were not going to quit. We made a couple of adjustments to slow them down a little bit, barely, but it was enough to come back. The momentum changed.”

Nelsen’s 53-yard run on the first play of the third quarter highlighted a five-play, 78-yard drive, capped by Morrison’s 1-yard keeper. Nelsen tacked on the two-point conversion run, which cut Chester’s lead to 27-14 with 10:05 left in the third quarter.

The Cardinals were just getting started, however.

Boy, were they getting started.

Their next five possessions ended up in the end zone: Morrison scored on runs of 44, 8, 1 and 5 yards while Nelsen burst in from 25 yards out. Joe Andrews booted two extra points and Morrison added a two-point conversion run.

Yet, the amazing comeback almost came up short when Aloi connected with Feldman on the 31-yard TD pass with a minute left to complete a five-play, 62-yard drive.

“You’ve got to play four quarters,” Brown said. “Keep playing has been our motto. Don’t let yourself get caught up thinking about winning or losing. You’ve got to keep playing, and they did to the bitter end.”

Now, it’s five state championships for the Cattaraugus County school, the second-most in state history, eclipsed only by Aquinas’ six.

“It’s one heck of a way to go out, that’s for sure,” said Bowers, one of several Cardinals to finish their careers with three rings. “Some people like blowouts, but this actually really tested us as a team. We knew we were all family and we pulled together.”

NOTES: Suarez finished with 10 catches for 191 yards, Sadlier had eight for 151 and Feldman added five for 113. … Suarez also rushed 16 times for 101 yards. … Daren Huntington led Randolph in tackles with 11, Nelsen had nine, and Andrews seven, including two-and-a-half for loss and a sack. Wesley Senn and Bowers each had a sack. … Suarez led Chester with nine tackles. … Andrews received the Sportsmanship Award, Bowers was named the Most Valuable Offensive Lineman and Nelsen the game’s Most Valuable Player.

ST. BONAVENTURE — Osun Osunniyi registered a career-high 23 points along with 13 rebounds and three blocks, but ... 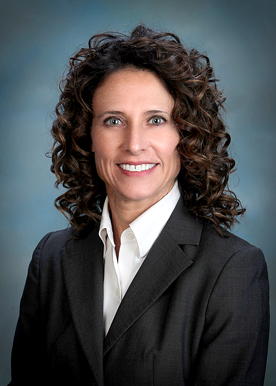 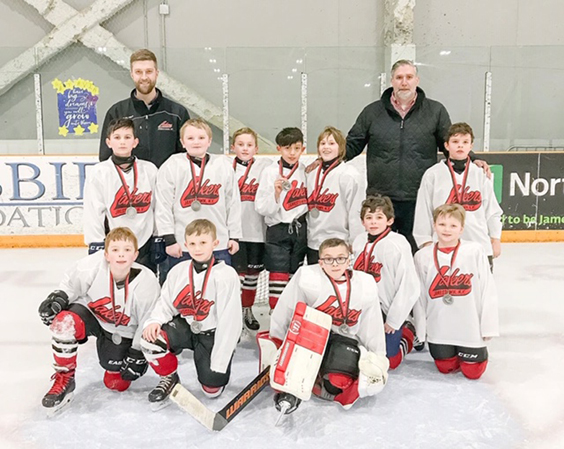 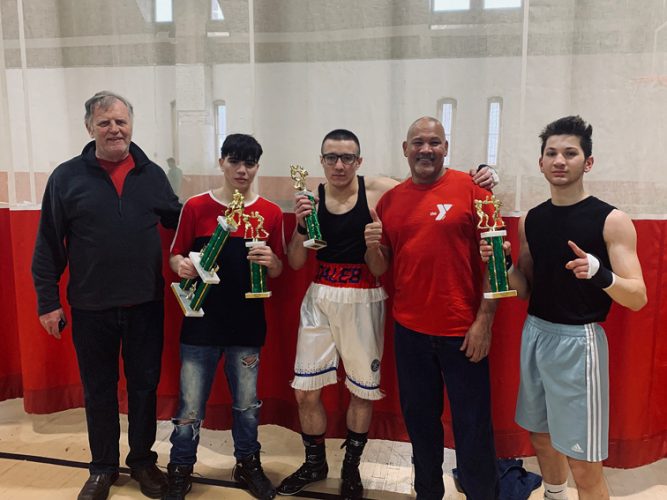 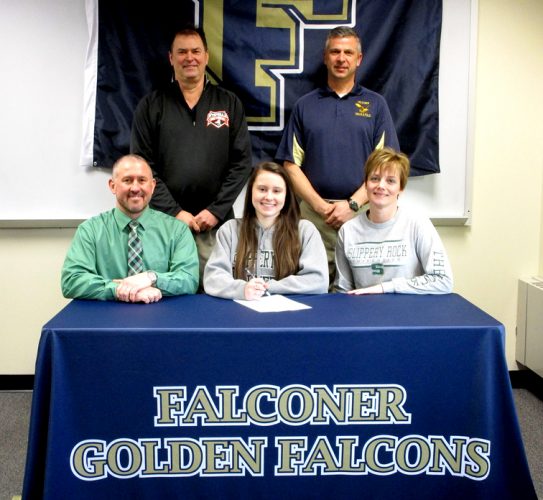