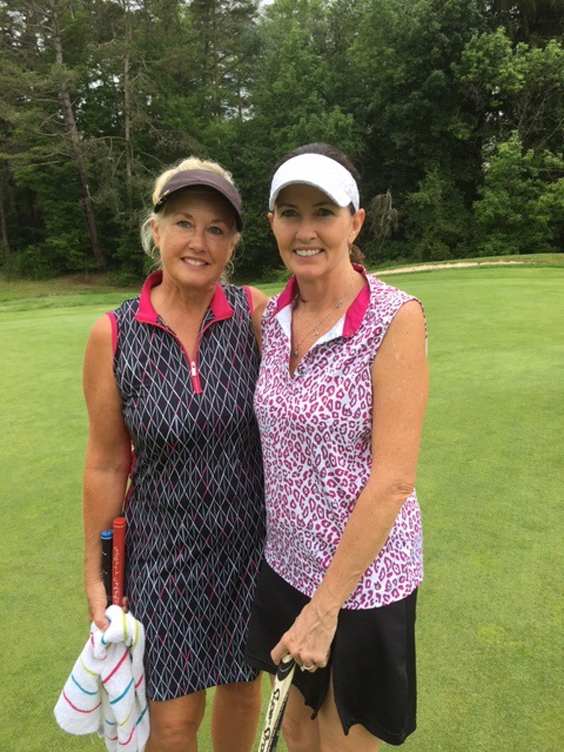 June Scheira, above left, won the Moon Brook Country Club Emily O’Neill Ladies Championship on Tuesday. Scheira prevailed on the 20th hole, defeating Esther Savage, above right, after also defeating Annette Patric and Brenda Tarana. Sally Scalise and Tarana finished as semifinalists while in the First Flight, Kathi Ames was the champion and Pam Shay runnerup while Kait Ames and Patric were semifinalists. In the Second Flight, Cathy Shelley was the winner and Diana Ordines runnerup while Terri Toter and Carol Cardinale were semifinalists.