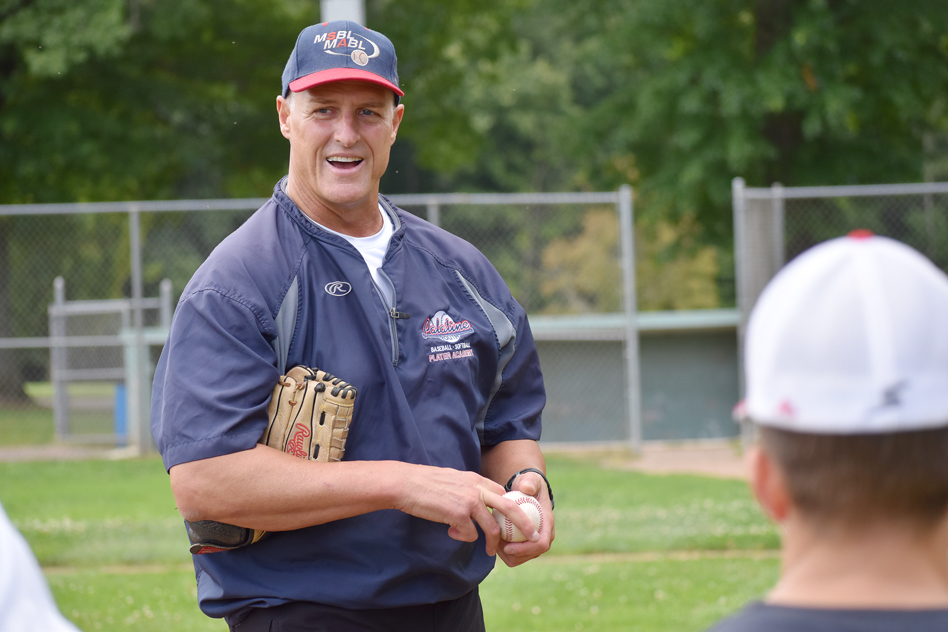 According to the May 18, 1987 edition of Sports Illustrated, a young man named Joe Klancnik, a sophomore on the Triton College baseball team, hurled a no-hitter, struck out nine and walked three in a 5-0 win over Waubonsee College.

In tandem with Triton’s first-ever softball no-hitter, fired by freshman Bernie Dubek that same weekend, the “no-nos” earned the duo a mention in “Faces in the Crowd” in that issue from more than three decades ago.

In the grand scheme of things, those events — brought to light only via a Google online search — have not moved the sports needle at all, except maybe at the River Grove, Illinois school, but there’s little doubt Klancnik, now 52, has left an impact on a Jamestown resident.

All because they shared a love for baseball, which was forged at the stadium now known as Diethrick Park, on Jamestown’s eastside. 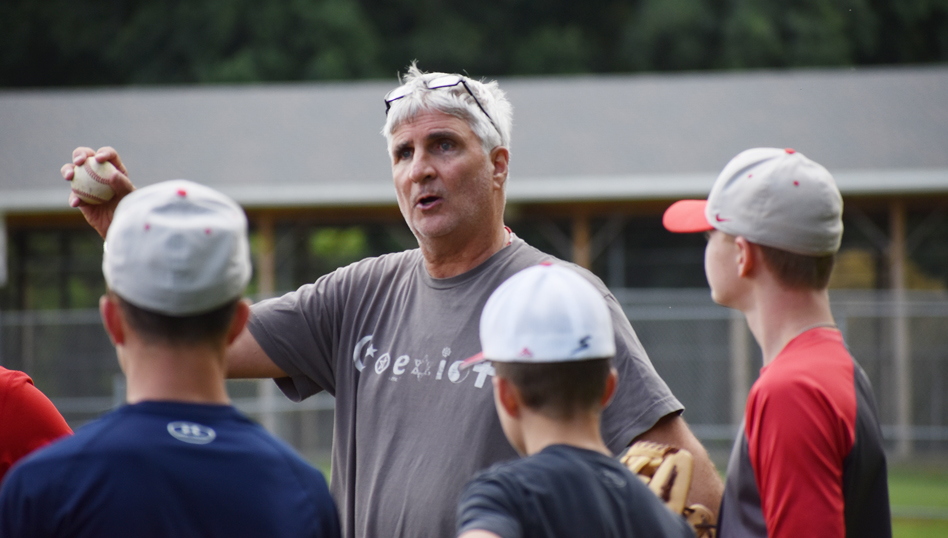 Klancnik was a star pitcher growing up in suburban Chicago, and was actually drafted three different times (by Pittsburgh in the third round in 1985, by the Chicago Cubs in the ninth round in 1987 and, finally, in the 10th round by the Montreal Expos in 1988). In parts of two seasons with the Jamestown Expos, then members of the New York-Pennsylvania League, he posted a 1-1 record in 20 appearances spanning 26 2/3 innings. The numbers weren’t gaudy, and by 1991 he was out of professional baseball entirely. He was 23.

Klancnik eventually returned to the game, playing in Independent leagues for years, but he never quite reached the potential he envisioned when he arrived in Jamestown in 1988, joining a team that included future Major Leaguers Marquis Grissom and Tim Laker. Klancnik later roomed with Randy Johnson, who also got his start in Jamestown in the mid-1980s, when they were in the Instructional League, and Klancnik got to know big-league stars Larry Walker and Delino DeShields, who also got to his professional start in our city.

“(The Expos) were stacked,” Klancnik said. ” I was looked at as one of those guys that was going to be there, too, but it just didn’t pan out for me.” 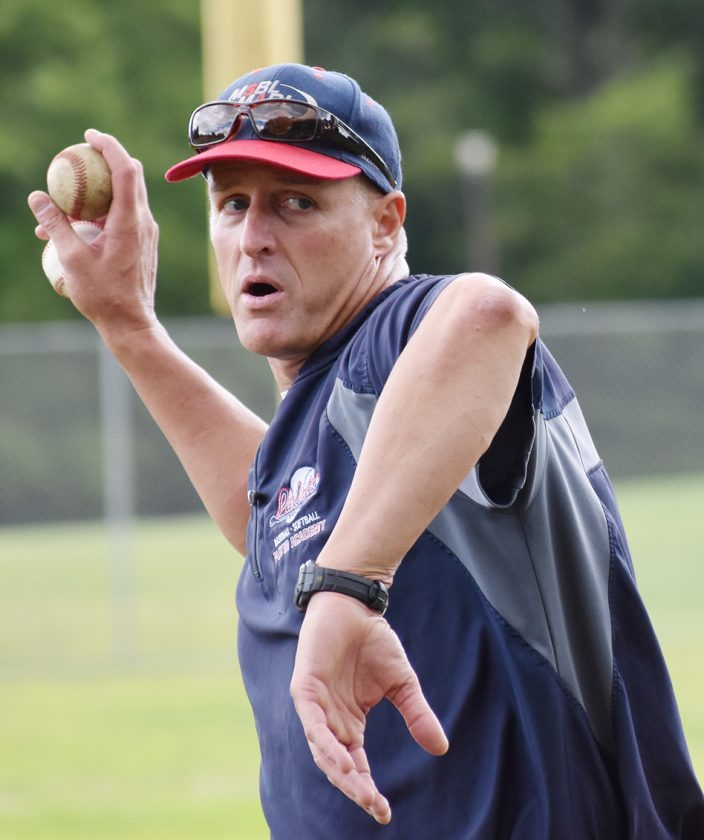 Klancnik throws a pitch during camp.

“He’s a great guy,” said Berlin, a retired U.S. Postal Service employee who delivered mail to Jamestown Expos players, including Klancnik, in the late 1980s. “He’d do anything for you and I’d do anything for him.”

To say Klancnik and Berlin — pardon the pun — hit it off immediately in 1988 would be an understatement. Fact is, Klancnik and two other Expos stayed at the home of Berlin and his wife, Maureen, for the final two weeks of that season.

“We’d go to a game, we’d know all the players on the team through those three guys, and they’d pick up (our three children, Matt, Mickey and Erin), bring them on the field and into the bullpen.”

But it was Klancnik, the big, intimidating guy from the Midwest, who left the biggest impression on Berlin, whose fondest memory came during a game late in the season with Klancnik seated in the bullpen.

“All the kids were down by the bullpen on the left-field line, the place is packed and Erin is 8 years old,” Berlin recalled. “Erin said, “Joe, I want to get a foul ball.’ He looked at her and said, ‘Erin, the next pitch (the batter) is going to hit a foul ball right to you.'”

Berlin was not pleased. After all, the odds of a foul ball reaching his little girl on the next delivery was as likely as him winning the New York State lottery.

Added Berlin: “I thought, why would he do that? He’s going to break Erin’s heart.”

“The next pitch the batter rips one down the RIGHT-field line,” Berlin said. “I’m looking (that direction) and out of the corner of my eye, I see a ball go flying by me. All the kids are running into right field, but Erin goes, ‘Daddy, Daddy, I got the ball!'”

All the while, Klancnik is smiling from his seat in the bullpen.

“He tossed a ball to her,” Berlin said. “How sweet is that?”

It was only the beginning of a decades-long friendship.

“Staying in touch with them has been great,” Klancnik said.

Klancnik stood near the left-field foul line at Bergman Park in Jamestown last Friday morning, hitting fly balls to some of the 15 youngsters (ages 7-17) who turned out for a two-hour clinic.

As he did so, the 6-foot-3 former minor leaguer yelled instructions:

When that drill was over, the groups rotated to the next instruction area. Aided by Berlin and Jamestown High School baseball coaches David Roehmholdt and Tommy Tantillo, Klancnik ran the youngsters through their paces, much like he does with the kids back home.

“He would have done it all day,” Berlin said.

But Berlin and Klancnik had to get back to Peek’n Peak Resort in Findley Lake, a 30-mile trip so that the former could join the rest of his family as they continued celebrating the impending wedding of Doug and Maureen’s daughter, Erin, who was the recipient of that special “foul-ball” 31 years ago.

The next day — Saturday — Erin became the bride of Andy Seidler. Among those in attendance was Klancnik, who once learned to throw a changeup from Hall-of-Fame pitcher Sandy Koufax, but has needed no lessons on how to be a good person.

“We’ve had 30 other (minor-league players) stay with us, and it’s not that they didn’t appreciate it, but every Christmas (Joe) calls me. He jokes he can never get through on my phone. I tell him when I see a Chicago area code (on caller-ID), I’m not answering.”

In reality, though, both Berlin and Klancnik have never stopped “answering the call,” as they share their love of baseball to everyone they meet.

Can someone please email Sports Illustrated? I believe a pair of “Faces in the Crowd” nominations are in order.