Brunacini Wins By Decision, Improves To 4-1 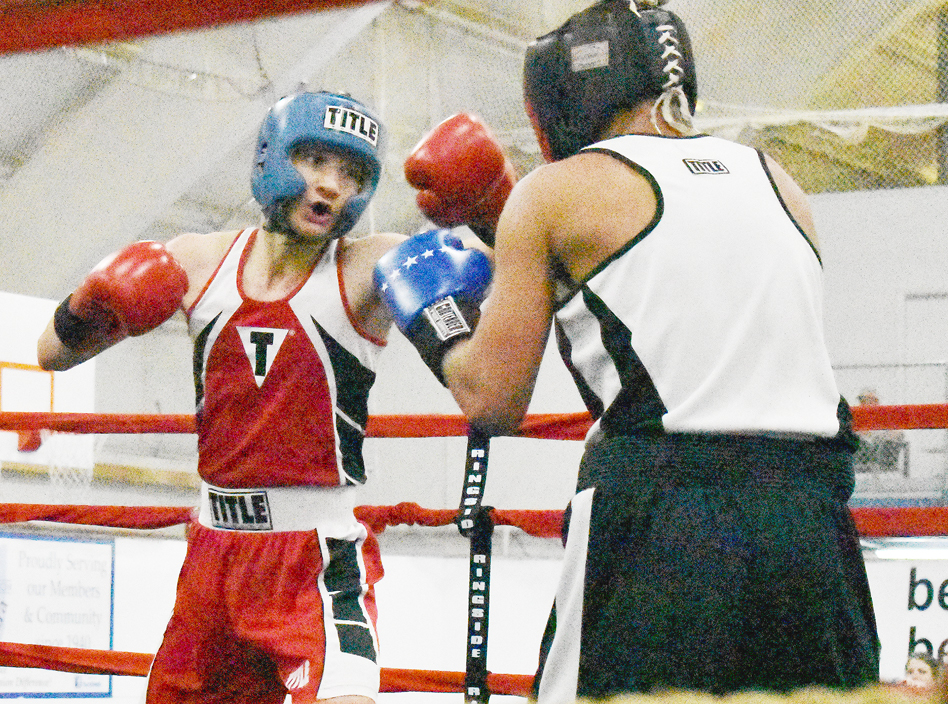 Boxers from all across the East Coast gathered for a full day of action at the Lakewood YMCA, which hosted the inaugural Jamestown Area Boxing Championships on Saturday afternoon.

Fans were treated to a 10-bout card with an intermission midway through the action, and the Jamestown YMCA Boxing Club added another belt to its collection when everything was said and done.

Jamestown native Josh Brunacini took to the ring in the ninth bout of the afternoon against Gary Gonzalez out of Ashtabula, Ohio for a matchup at 125 pounds.

After feeling his way through the first round, Brunacini stepped on the gas in the second, landing a flurry of punches after backing Gonzalez into the corner.

That big series from Brunacini did force an eight count from the referee, and the 14-year-old from Jamestown earned another stoppage in the third and final round after staggering Gonzalez with a right hand and going on the attack once more.

“I’m very happy because my family came, it’s in town so they came and it’s my first belt,” Brunacini said. “I think I did good, two eight counts. I’m very happy I can just walk out with a big win in my hometown.”

Brunacini improves his amateur record to 4-1 with the decision.