Ahead Of The Curve

Dunkirk Native Graf Found His Way To The Browns Via PSU 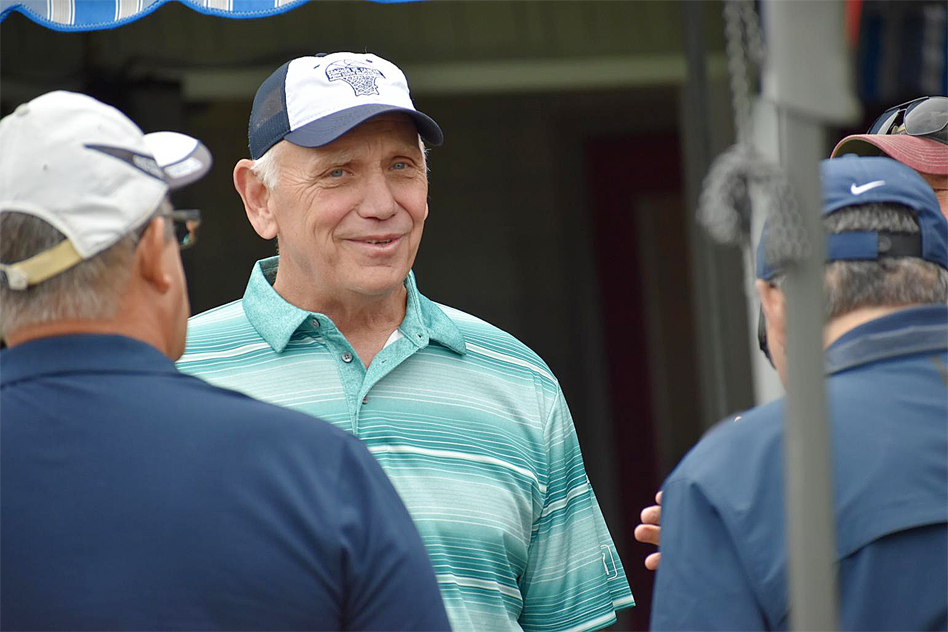 EDITOR’S NOTE: The following column on Dunkirk native Dave Graf first appeared in The Post-Journal on Feb. 7, 2004, a little more than a week before he was inducted into the Chautauqua Sports Hall of Fame. Graf and the late Jim McCusker, a Jamestown native and another CSHOF inductee, played for the Cleveland Browns in the 1970s and 1960s respectively. With Stephen Carlson, a 2015 Jamestown High School graduate, attempting to earn a roster spot with the Browns this summer, it was deemed appropriate to look back on Graf’s journey to the National Football League.

There are a handful of area athletes who played in the NFL and only three were linebackers. The names Bill Bergey and Shane Conlan might pop up quite quickly, but not many remember the third.

He was Dunkirk’s Dave Graf, who was a linebacker for the Cleveland Browns for five seasons and part of one season with the Washington Redskins. His accomplishments won’t be overlooked by the Chautauqua Sports Hall of Fame on Feb. 16 when he will join Bergey and Conlan as an inductee.

Graf was a three-star athlete at Dunkirk with football his best sport. In his senior season, the Marauders were 7-1, but that’s where the football season ended in 1970. Sectional playoffs and eventually state championships were years away.

“That would have been nice,” said Graf from his Fort Lauderdale, Fla., office earlier this week about the chance to participate in a high school football post-season. “Every year for the three years I played we probably would have had a pretty good chance.” 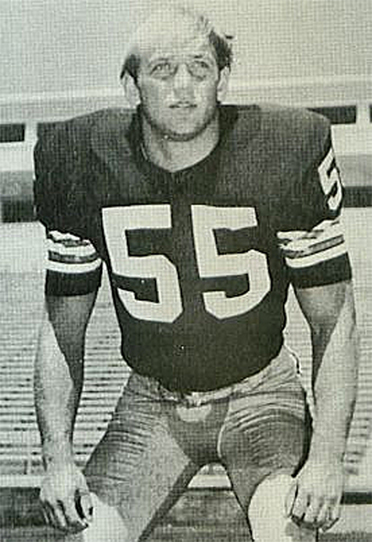 His high school success, which included all-state honors, led to numerous scholarship offers, but he limited his choices to Syracuse, Pittsburgh, Boston College and Penn State, and chose the latter.

“What I was looking for was something that wasn’t too close to home, but not too far away,” Graf said. “Something within driving distance so my folks could come to the game, but not stop in every day. So three hours, four hours (to State College, Pennsylvania) was perfect.”

He added, “Of course, back then Penn State had just come off two Orange Bowl victories and the program was doing very well. And (Joe) Paterno was still a young coach at that time. I liked everything about the program there and it just fit — three and a half hours away, perfect.”

And the football was almost perfect for Graf as the Nittany Lions’ success continued during Graf’s three varsity seasons there (freshmen weren’t eligible for varsity when he arrived). Penn State was 10-2 in his sophomore season and lost to Oklahoma in the Sugar Bowl. His junior season –1973 –was the best when Penn State completed a 13-0 season with a win over LSU in the Orange Bowl, in which Graf blocked a field goal.

His senior year the team was 10-2 with a victory over Baylor in the Cotton Bowl.

But the bowls were not as intense as now with national titles on the line.

“It was like a reward for a good season,’ said Graf, who played defensive end and defensive tackle at Penn State despite being only 6-foot-2 and 210 pounds. “We practiced hard, the game was important and we had our rules and regulations, but we also had time to have a good time.”

There could have been a national championship at stake when Graf looked back at the 1973 Orange Bowl.

“My junior year we were undefeated along with Alabama and Notre Dame and we didn’t have the chance to play for the national title,” he recalled. “They picked those two teams to play in the Sugar Bowl. Notre Dame had beat Pitt the week before we played Pitt and we beat Pitt worse than they beat them, and we held (Tony) Dorsett to less yards. I always look back at that and think if we had the opportunity we could have won that national championship and it leaves a question mark in your mind.”

Not only were bowl games low-keyed back then, but so too was the NFL Draft, which lasted 17 rounds. Graf had hoped to be selected in the 12th or 13th round, but after attending a Penn State basketball game he returned to his dorm and was informed by his roommate that he had been selected in the 17th and final round by Cleveland.

The Browns had called his room with the news, which was not big news back in the early 1970s. Graf recalled 10 Penn State players his junior and senior seasons were drafted and the only way they knew was from learning it on the local radio station. It was long before ESPN and two-day live coverage of the NFL Draft.

“I was glad to go with Cleveland because, once again, I was two and a half, three hours from home,” Graf said. “It was perfect again. My folks could come to the games and if I wanted to come home for something it was three hours away. It worked out well. The Browns were rebuilding with a new coach, Forrest Gregg. I think eight or nine rookies made the team.”

And Graf was one of them and he was switched to linebacker, maybe because he had “bulked up” to 221 pounds.

Graf signed for $18,000 a season plus a $2,500 signing bonus. And for the six preseason games the players were paid $200 a week. But after everything was taken out of the check Graf was left with about $89. “You shake your head and say, ‘What the heck am I doing here?'” Graf said with a laugh.

But it was better than “working.”

“I graduated in accounting and an accountant made about $11,000 a year back then, so when you put it all in perspective it wasn’t bad,” he said.

Graf found himself playing in probably the NFL’s toughest division in 1975 — the AFC Central. Pittsburgh finished 12-2, Cincinnati 11-3 and Houston 10-4, and their losses were mainly to each other. Meanwhile, the young Browns finished 3-11.

“We lost our first nine games, but every game was tough,” said Graf who noted that Cleveland lost twice each to the Steelers, Bengals and Oilers.

At linebacker he was colliding with some of the NFL’s best running backs because the AFL Central featured Earl Campbell at Houston, Boobie Clark at Cincinnati and Franco Harris and Rocky Bleier at Pittsburgh.

Cleveland’s best season during Graf’s five years there was 9-5 in 1976, but not good enough for the playoffs. After a 6-8 season in 1977, Sam Rutigliano was named head coach and the Browns went 8-8 and 9-7 in the first two seasons of 16-game schedules.

Cleveland cut Graf in 1980 and he wrote to other teams requesting a tryout without success. He returned to his home in Florida and continued working out to stay in shape. It paid off as Graf did get a tryout in 1981 with Washington which signed him. That was also Joe Gibbs’ first year as the Redskins’ head coach.

Graf played six games at middle linebacker for Washington before the Redskins picked up another middle linebacker who had been cut by Seattle. Graf was released and that’s when he decided to give up on pro football and get on with life.

“It’s tough trying out,” Graf recalled was his feeling at the time, particularly after doing it for the Redskins.

Also, the game was changing size-wise, which didn’t bode well for a 6-2, 220-pound middle linebacker. He noted in 1981 Washington had some huge rookie linemen such as Mark May, Russ Grimm and Joe Jacoby.

“My two defensive tackles when I got in the huddle sometimes were Dave Butz, who weighed 315, and Wilbur Young was about 330,” he said. “That’s when things started changing, that’s when everyone started getting big. Three-hundred-pounders weren’t too common then.”

Graf decided to put his accounting degree into use and worked for a small, regional brokerage firm.

“But my goal was to get to Merrill Lynch,” he said. “I always try to look at who’s the best out there and if I can get to the best and I can make it with the best, I feel good about it. In my opinion Penn State was the best back then (when he played college football).”

And in his opinion Merrill Lynch was the best and just like with Penn State, Graf made that “team” and has been with it for 18 years in Fort Lauderdale where he lives with his wife, Mary Beth, and three children — Rachel (12), William (10) and Steven (7).